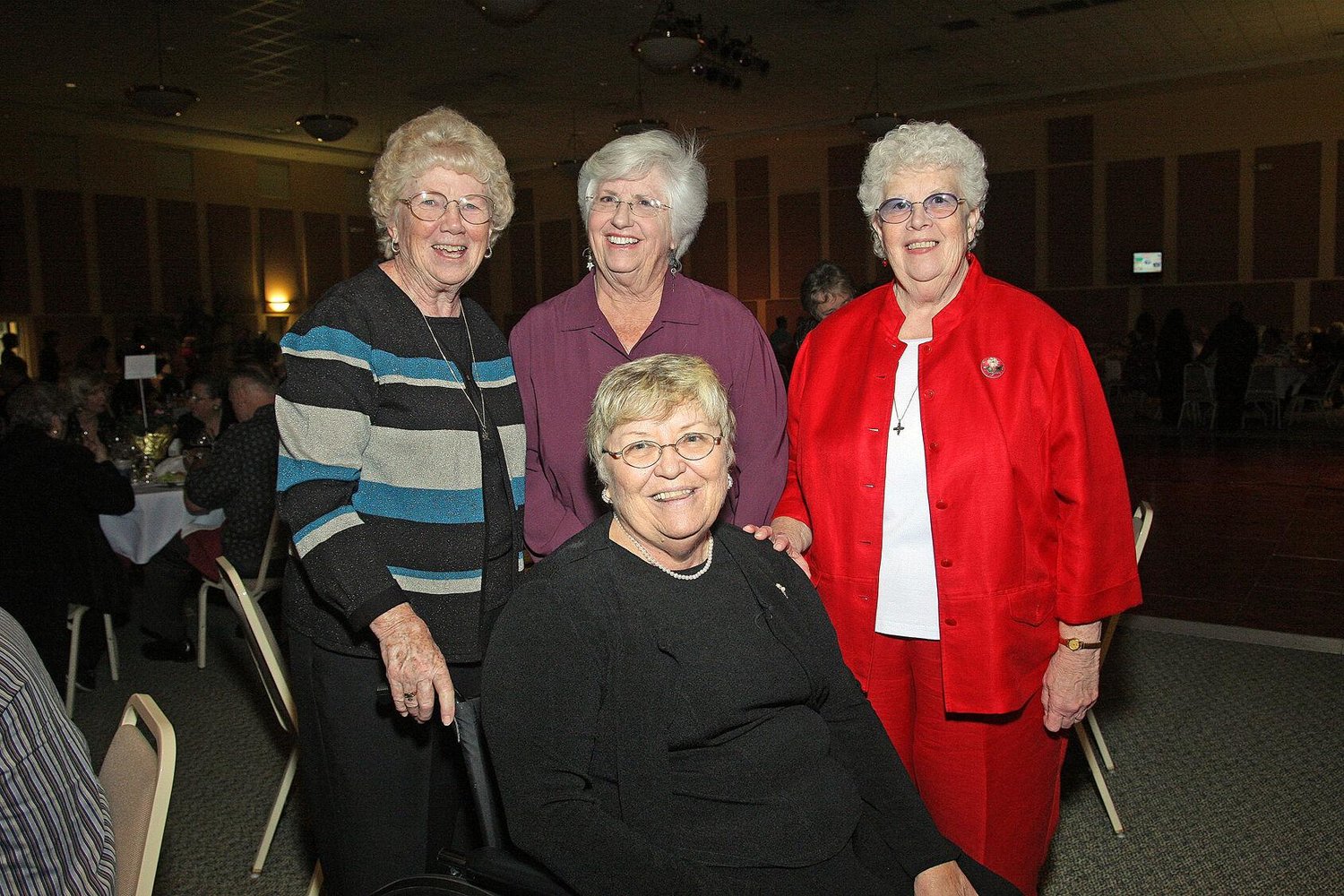 Growing up in Upstate New York, Ann Kendrick, a popular sorority girl, went about life without a care in the world, busy with school and teen activities, but her life completely changed when her eyes were opened to a world outside her comfortable hometown and carefree lifestyle.

“I was an arrogant 16-year-old and thought I was the best there was,” she confessed. “I won the opportunity to be part of an international exchange program. I thought I was going to France. I was all pumped up.”

As it turns out, France was not on the travel agenda.

The students visited Guatemala, a location without the museums, art, and lovely sites that the young girl expected to be part of her educational experience. Instead, the Central American destination was poor, barely living without clean drinking water, food, or a roof over their head.

“It was cultural awareness. I came home, and I didn’t go back to being a society girl. It is amazing what God does for you.”

God has been working in Sister Ann Kendrick's life ever since her life-changing experience. This year, she celebrates 55 years as a Sister of Notre Dame de Namur, and she marks 50 years of ministry serving the poor and immigrant communities in Central Florida.

“I have been blessed,” said Sister Kendrick about her life’s work. “These are God’s good, noble, holy people.”

Returning from Guatemala, Sister Kendrick was transformed. After completing high school, she left Syracuse in New York, where she grew up. “I decided I wanted to go to a Catholic women’s college,” she said.

Trinity University, one of the most rigorous Catholic women’s colleges in America, accepted her. The institute, located in Washington D.C., was founded by the Sisters of Notre Dame de Namur in 1897 to make higher education reachable for women denied admission to men’s colleges during that time.

It was at Trinity when the Lord began calling her to religious life and where she met the Notre Dame sisters.

Sister Kendrick studied Spanish and psychology but learned much more. “The sisters believed in women,” said Sister Kendrick. “They taught us to be strong women. I was inspired.”

Sister Kendrick, 77, this year, was in her early 20’s when she joined the Sisters of Notre Dame de Namur to begin her vocation. Founded in 1804 by St. Julie Billiart, the congregation started as a teaching order for the education of young girls.

Today, the congregation continues to carry on in the footsteps of their foundress teaching in areas of the world and expanding ministry. The religious help street children, AIDS orphans, homeless, poor, abandoned, and immigrants.

The congregation was a perfect fit for Sister Kendrick coming from a household of educators. Her father James Kendrick was a teacher and high school principal. Her mother, Ellen, taught science for 45 years in Syracuse public schools, where she also was a guidance counselor and truant officer.

In 1971, Sister Kendrick’s early ministry path suddenly took her from the classrooms on a different course. Most Rev. William Donald Borders, the first bishop of the Diocese of Orlando, extended an invitation to her and her sisters to visit Florida.

Sister Kendrick and Sister Catherine Mary Gorman took the bishop’s offer. After arriving in Orlando, Bishop Borders gave them a whirlwind tour of areas not on the tourist brochures.

They visited the small rural town of Apopka with dirt roads. They saw the area’s farms and groves and tiny businesses. They toured the migrant labor camps with wooden barracks, where the workers lived.

What was Bishop Borders up to? He presented the idea of starting a migrant apostolate in Florida.

The sisters were hooked. “We told the bishop that we would come and start something,” Sister Kendrick recalled. “We told him that we didn’t want a job description. We said that we needed to talk to the people and find out what they needed and wanted.”

The bishop offered the religious sisters a house in Winter Park Pines 20 miles from Apopka. “We knew we needed to live and work in the same place. We found a place to live in the black community in Apopka,” said Sister Kendrick.

There were no integrated neighborhoods at the time in the area with a large population of African Americans, Latino, and Haitians. The sisters didn’t know how they would be accepted by the community or if they would be welcomed.

The sisters ditched their black habits, rolled up their sleeves, and went to work. They purchased white nurse’s uniforms from the local general store. “They may have been waitress uniforms,” said Sister Kendrick. “We didn’t want to wear the habits and intimidate or scare people,” she said about the new attire.

The religious sisters hoped to gain the trust of the residents. Strangers in town, they made little progress, but then, they met a local angel, Henry Louis Kellom, a citrus worker, who “took them under his wing,” said Sister Kendrick.

“We told him we were four white sisters in town. He shook our hands and then, said, ‘four sisters and one black brother.’”

It was a match made in heaven.

The new friendship opened the door to conversations with others in the community shining a light on critical needs in the underserved area.

With broad-based community support, grant money, and the help of the Diocese of Orlando, a much-needed farmworker health clinic was established in 1973 providing basic medical needs. Then came other projects, which the sisters were involved, keeping them busy and the ministry alive.

“We didn’t do anything,” said Sister Kendrick. “We helped the people. We were all in it together.”

Apopka has grown and developed over the years. Today it is Orange County’s second-largest city with nearly 50,000 residents.

Sister Kendrick, who came five decades ago, when she was a young sister following the Lord where he called, remained, never going back to her comfortable roots. Today, she calls Apopka home.

When asked about any particular initiative that she is most happy with, Sister Kendrick talked about Hope CommUnity Center established to empower immigrants and the working poor through education, advocacy, and spiritual growth. She highlighted the center’s service-learning program aimed at volunteers.

”The program invites students from around the country to come see us, live with immigrant families, work in the fields. That is how we learn. That is how minds are changed,” said the Notre Dame sister, just as she went to Guatemala in her youth to see and learn and was changed.

“These folks are beautiful, generous, hospitable, and have a beautiful spirit. They honor the earth and love human beings. They are my catechesis,” said Sister Kendrick, who has lived out her calling sowing seeds of hope and faith in the farm fields of Central Florida, but also growing in faith through the people she has ministered to and witnessed living the true Christian life. “I have been blessed,” she said.