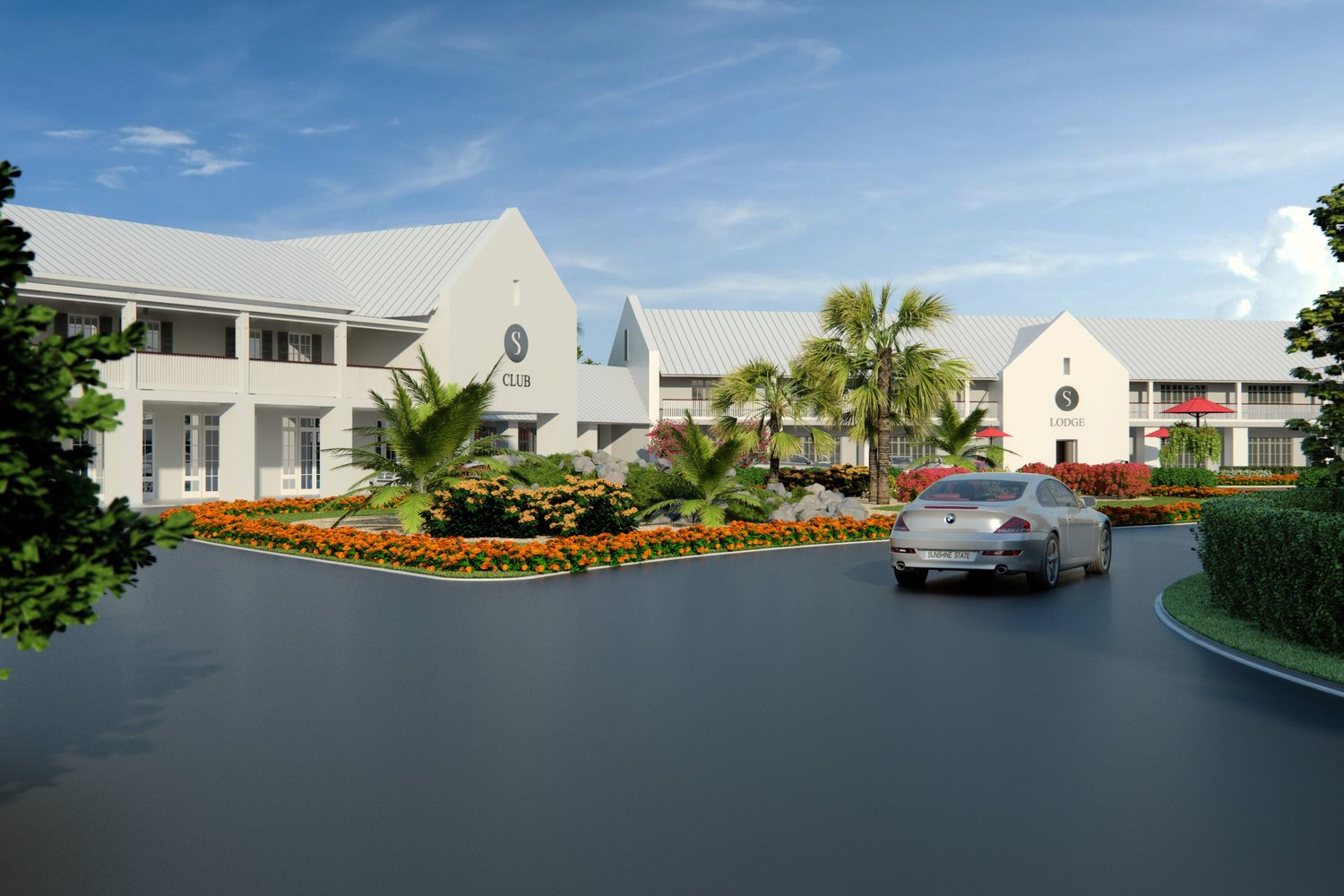 Principals for the Estate of Julian (Larry) Klein and the New Errol Project developer Signature H Property Group released statements over the weekend that suggests the gulf between the two parties seems to be widening.

Back in July, the Klein Estate halted operations on the New Errol Project, but at that time Signature H Vice President Helmut Wyzisk III was optimistic that the development would be back on track soon.

"Many of you have noticed that the clubhouse at the Apopka Golf & Tennis Club will be closed for “an undisclosed amount of time," Wyzisk said in a statement on July 18th. "This is an action that has been taken by the Estate of Julian Klein, which has taken control of the premises following Mr. Klein’s recent passing. While we at Signature H are committed to the renewal of Errol, Mr. Klein’s estate and the personal representative of the estate are reviewing the agreements for the redevelopment to understand how to move forward. We are in contact with the attorneys for the estate and are working to keep all the development plans on track to realize Mr. Klein’s dream of a signature golf club of which all the members of the Errol Community can be proud."

However, almost three months have passed and communications have broken down to the point that the possibility of the New Errol Project never resuming operations looms large.

In a critical statement released on October 13th, estate representative Andrew Klein claims that Signature H has not provided documents they requested back in July that account for cash advances made to Signature H.

"Julian (Larry) Klein (and upon his death his Estate) has spent millions of dollars trying to revitalize this community. That money was expended through a series of advances to companies known as NEW ERROL PARTNERS, LLC and SIGNATURE H PROPERTY GROUP LLC. The public records of the State of Florida (online at sunbiz.org) do not indicate Mr. Helmut Wyzisk Jr. or Helmut Wyzisk III have any official role in those companies and the only name that appears in connection with those companies is Mr. Jonathan D. Leinwand, an attorney in Aventura, Florida. Note, for example, that the Manager for New Errol Partners LLC is listed as SIGNATURE H PROPERTY GROUP LLC. The managing member of SIGNATURE H PROPERTY GROUP LLC is listed as BENTLEY CAPITAL GROUP LLC. The public records show that BENTLEY CAPITAL GROUP LLC is an inactive limited liability company since September of 2003 and there is no indication in the public records that either Mr. Wyzisk or Mr. Leinwand has or had anything to do with that dissolved company.

The Estate has been demanding an accounting as to all money advanced to these companies. The responses to those demands have not been, in the opinion of the Estate’s legal counsel, adequate. To that end, the Estate has subpoenaed records that should assist in that regard. Despite any public comments by anyone to the contrary, no records have been produced thus far by NEW ERROL PARTNERS, LLC or SIGNATURE H PROPERTY GROUP LLC. Those records may be produced next week but that is by no means certain. That will, apparently, be up to Mr. Wyzisk (Jr. or III) and the lawyers acting at their direction. The Estate simply wants to know where Mr. Julian Klein’s money entrusted with the companies apparently set up by Messrs. Wyzisk went.

The Estate will, of course, cooperate with Mayor Bryan Nelson and all Apopka City officials in the matter."

Then, in an equally scathing response, Wyzisk said that representatives from the estate not only have the information they requested but also claims the estate will not communicate directly with Signature H in order to resolve the issues.

"The Estate of Julian Klein has again shown that they have no interest in moving forward to revitalize Errol Estate as envisioned by the late Julian “Larry” Klein, but instead are either ignorant of the way corporations operate or are intentionally seeking to mislead the Errol community. Despite their contention, Sunbiz.org does not tell you the ownership of a company. It merely provides notice of the manager of limited liability company and its registered agent. A registered agent is a contact for the company within the state that is available to receive official documentation. That having been said, the Estate has been provided with the operating agreement of New Errol Partners LLC that shows its ownership, including the late Mr. Klein and 5thHole Investments LLC. The fact we’re learning about this new “concern” via social media is a testament to the lack of communication we’ve been provided with the Estate.

Just to be fair though, looking at the listing on Sunbiz for 5thHole Investments it becomes more obvious the knowledge of corporate filings is not the Estate’s strong suit. No manager is listed for 5thHole, but under authorized persons it states:

This does not provide the information required by the Florida statutes. Maybe the Estate is not the Manager as they claim and don’t want to perjure themselves by stating so in a filing, so they intentionally left out the “Title” Manager. Maybe it was a typo. We don’t know as the Estate has refused to have a meeting to review the development plan that Larry and Andrew Klein worked on so closely with Signature H and New Errol.

Looking at the filing for New Errol Partners LLC it states:

This clearly states that Signature H Property Group is the Manager of New Errol and Signature H has a website clearly showing who its management is: http://signatureh.com/the-team/

The Estate also tries to insinuate that Jonathan Leinwand, an attorney, is somehow the only one associated with New Errol and Signature H. Mr. Leinwand is listed as the registered agent. He has been counsel to Signature H and New Errol and also, at the request of the late Mr. Klein, was instrumental in successfully settling lawsuits affecting Errol Estate. These lawsuits were not against New Errol or Signature H but were settled with the help of Mr. Leinwand who did so to assist Mr. Klein in clearing away the remnants of past failed attempts to rehabilitate the property.

The Estate also suggests the Manager of Signature H, Bentley Capital Group, is a dissolved Florida entity. However, they’re clearly researching a similarly named entity in the wrong state. Again, an embarrassing mistake that could be easily avoided if the Estate would agree to meet in person to address questions or concerns.

Signature H and New Errol seek to work with the community transparently as evidenced by the hundreds of open houses held during the planning stage. Prior to the Estate notifying us that they intended to subpoena information we voluntarily provided the following information:

all Signature H expenses (detailed by the recipient and by year)

descriptions of each recipient (i.e. contractor) and their role in the development

all New Errol Partners bank transactions along with an accounting

After providing this amount of voluntary information we expected the Estate to feel confident enough with the project’s history to provide an in-person meeting, or even a phone call to continue moving forward. Instead, the Estate has continually refused to discuss any plans to advance the project according to our signed agreements. To be frank, we do not understand this posture by the Estate. Signature H spent over two years developing this project which included architecture, engineering, planning, soil testing, significant legal resources, marketing, which all resulted in a successful approval, and all at a cost far below industry standard. Not to mention, any entrusted funds were spent under the knowledge and sometimes direction of the late Mr. Klein. To question “where entrusted funds went” even after receiving significant information, while also refusing to communicate with us, is very perplexing to our team. Nevertheless, we are willingly complying with the Estate’s latest request for additional information and hoping they realize both the project and those involved have operated with the highest integrity. Signature H remains confident in New Errol and is continuing to move forward with all potential avenues to resume its progress."

The proposed $150-million project, which was approved by the Apopka City Council in March, includes 264 new residences, a redesigned championship golf course, a 15,000 square foot clubhouse with restaurant, a boutique lodge hotel, a two-acre water park, outdoor parks and trails, and an Adult Living Facility.