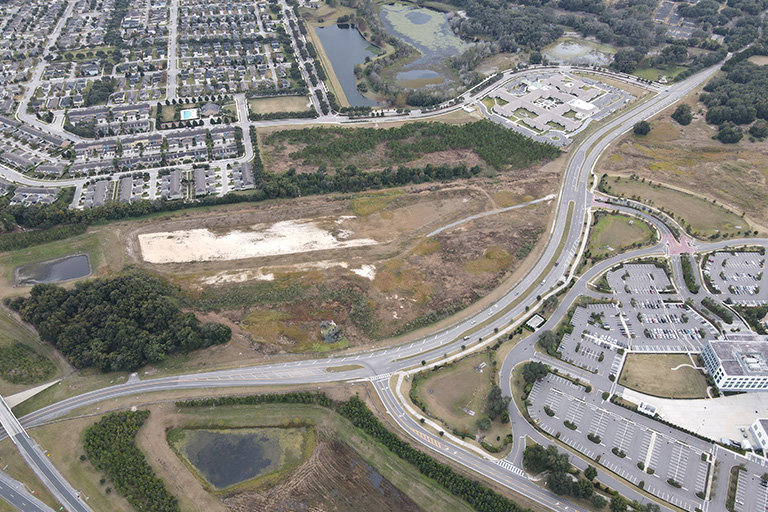 Nick Nesta threw a curveball at the October 6th City Council meeting. Well, a curveball isn't exactly descriptive enough. It was more like a Zack Greinke 95-mph cutter that starts low in the strike zone and breaks inward toward your hands at the very last second.

A difficult pitch to respond to if you are, in fact, at the plate.

Nesta, a local realtor who ran for the city commission in 2020, spoke during public comments to announce his client's prospective bid on the Harmon Road property... a key piece of the three-way land swap proposal between the City of Apopka, Rock Springs Homeowners Association, and the Golf Group (owners of the RSR golf course lands).

According to Nesta, who is also a resident of RSR, he presented City Administrator Edward Bass with a written offer for the Harmon Road property from Phillips Development & Realty, LLC for $4.964 million - nearly double the offer proposed by the Rock Springs Ridge HOA.

"Furthermore, they're willing to keep the tower there [on site], carve out as much acreage as we need to make it work," Nesta said. "We've had a lot of things said... what I present to you is in black and white."

According to its website, Phillips Development & Realty is a Tampa-based real estate development company that specializes in upscale residential and mixed-use developments, sustainable multifamily projects and the storage development industry, building and managing projects throughout the Southern United States.

Nesta, who ran in the special election for Seat #2 on the Apopka City Commission last year and is rumored to be running for the city commission again in 2022, had harsh words for the proposed three-way deal that has been ongoing for months.

"The Golf Group is holding us hostage and in turn holding you the Council hostage," he said. "And the HOA board is negotiating happily with our captive - so let's stop that right where we're at."

Despite forwarding an offer from Philips to Bass and the City Council, Nesta says he is not necessarily in support of the city disposing of the Harmon parcel.

"I’m not advocating for the city to sell or not sell, but if they are going to sell, they should sell for the absolute highest price and most preferred terms they can get that benefit the Apopka taxpayers."

He also said that he is in support of RSR acquiring the golf course lands, just not in this manner.

"I do support acquiring the defunct golf course but there is still nothing in writing after many many months," he said. "The fact we don’t have a signed contract for any part of this transaction is concerning. What is our board doing? What are our attorneys doing with the $200,000 in fees they’ve invoiced? A lot of open-ended questions with no answers."