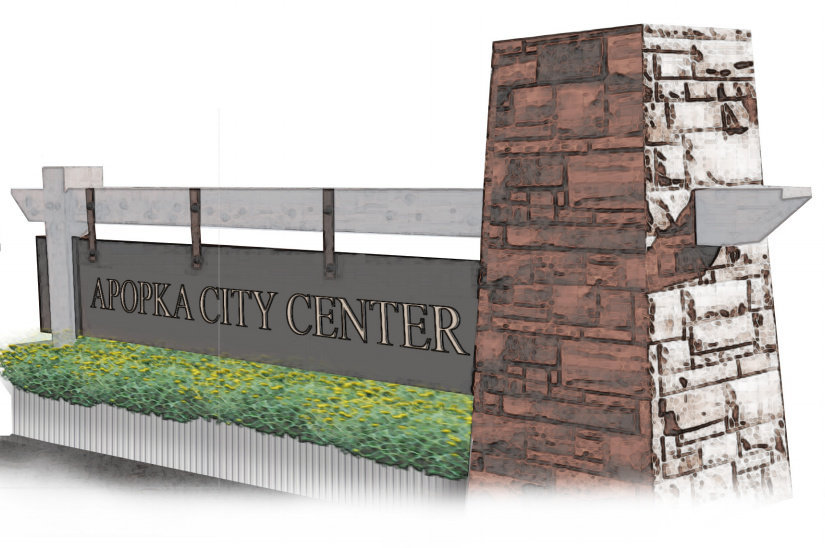 Today we celebrate a significant milestone that brings quality amenities to the residents of Apopka. This has been a long time coming, and we are thankful for the community’s efforts to get us to this groundbreaking.”
Jeff McFadden, Managing Director at Taurus Investment Holdings
From Staff Reports and the Apopka Area Chamber of Commerce

On a breezy Thursday morning last week in Apopka, Taurus Investment Holdings began the next phase of its Apopka City Center development with a ceremonial groundbreaking.

"It's been a long time coming," said Apopka Mayor Bryan Nelson. "COVID really took the wind out of our sails, but we've got plenty of wind today. What a great opportunity."

“Following the success of the new Hilton Garden Inn and the enhanced Highland Manor, Apopka City Center is now breaking ground on the restaurant and retail phase of construction,“ said Jeff McFadden, Managing Director at Taurus Investment Holdings, in a release from the Apopka Area Chamber of Commerce. “Today we celebrate a significant milestone that brings quality amenities to the residents of Apopka. This has been a long time coming, and we are thankful for the community’s efforts to get us to this groundbreaking.”

According to the Chamber statement, site plans were approved for Starbucks and Brew Theory Marketplace.

Brew Theory Marketplace will consist of a 12,000 square foot food hall with offerings that incorporate many of Orlando’s finest restaurant concepts. Starbucks will be located on Main Street and McGee Avenue and have 2500 square feet of space with indoor/outdoor seating, and a drive-thru window. 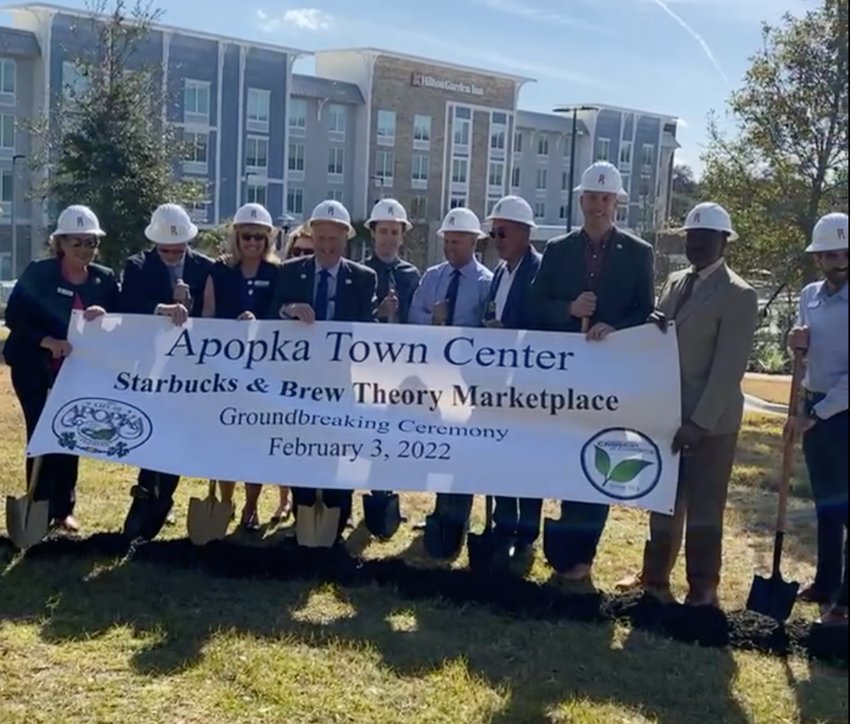 “The Chamber is excited to be part of the ongoing growth and progress in Apopka," said Cate Manley, President/CEO of the Apopka Area Chamber of Commerce. "These collaborations are key.”

According to Craig Govan, Development Partner for Taurus, both retailers are slated to open in late 2022 and will employ over 50 people, while creating 150 temporary construction jobs.

"We're very lucky at this transition of the City Center to have attracted all of these great tenants," he said. "We owe lots of thanks to the administration, commissioners, and especially the mayor, who has been hands-on, and we have had access to him. We are lucky to have his support."

Nelson too was pleased with Taurus.

"We are so excited that a restaurant is coming as well as the Brew Theory," he said. "The excitement this is going to create for Apopka and the Town Center... I know we've all been waiting for it and it's finally here. I couldn't be more proud of the Taurus Team. It's been a great day."