Too many questions left unanswered 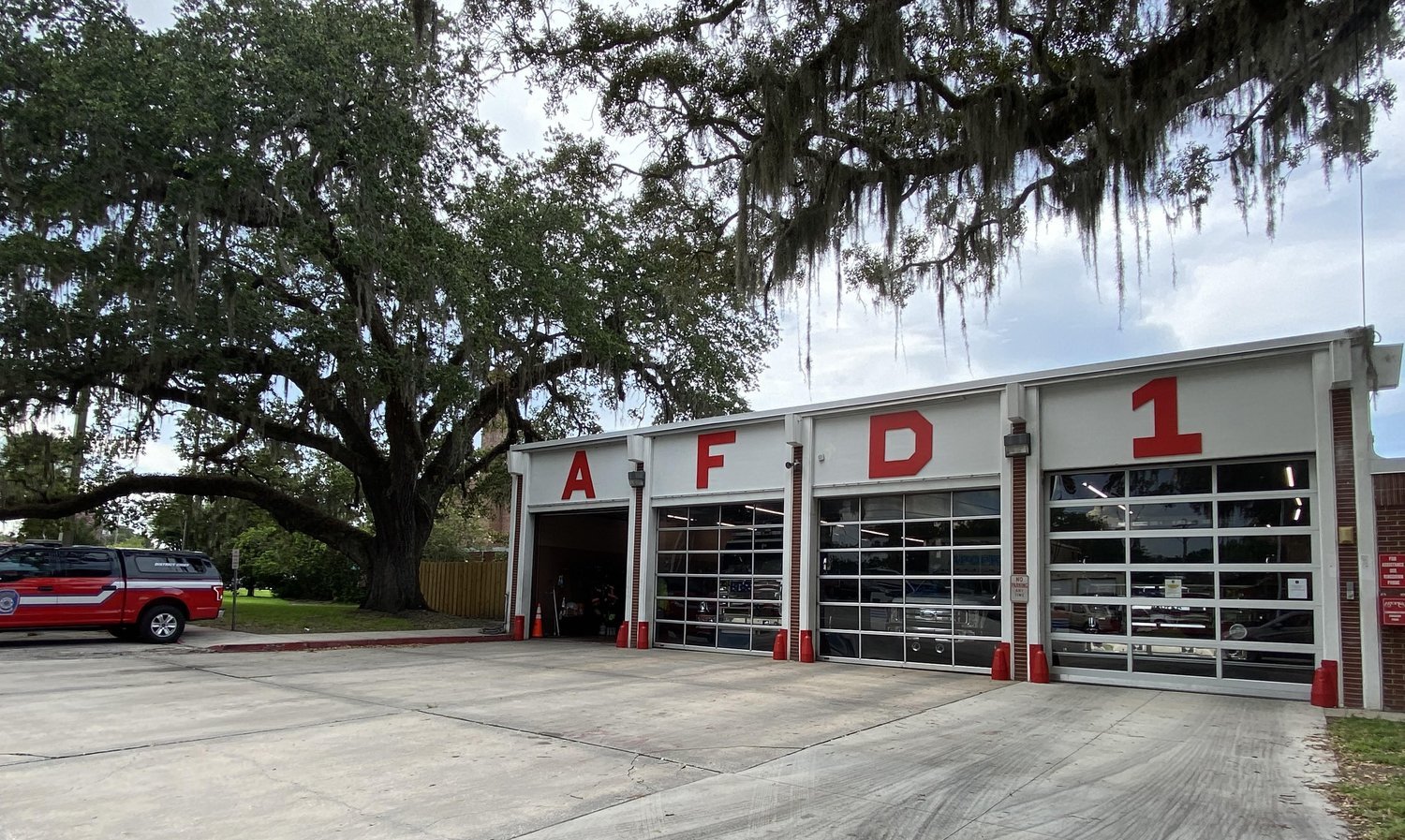 "Don't tell me what your priorities are. Show me where you spend your money, and I'll tell you what they are."

According to sources inside City Hall and a report in the Orlando Sentinel, the Apopka City Council, at its final budget hearing today, will approve 12 additional firefighters in its 2022/23 budget, increasing the total to 18. The increase will cost $1.1 million and will be paid for by general fund reserves or cuts to other items. The millage rate of 4.1876 will remain the same.

At the first budget hearing on September 7th, City Administrator Edward Bass and Division Chief Wil Sanchez also discussed the need to retrofit Apopka fire stations to house the additional firefighters. Retrofitting is still an unknown factor and cost, which will likely be a part of the discussion at the final hearing.

By any measurement, this was a rough process. Significant changes, such as adding 12 firefighters during the final hearing, established that the Council and administration were not on the same page. Debates, discussions, tweaks, and edits typically come during the budget workshops. The hearings should be formalities where the Council quickly agrees on what it approved two months ago and adjourns.

It's both surprising and troubling how much uncertainty and unfinished business remain heading into the final chapter and a lot of questions that I hope get answered (or asked) at that final meeting.

Why weren't additional firefighters budgeted and discussed long before? Why wasn't retrofitting the fire stations appraised and priced years ago? Was there no expectation that these stations would ever need to house more firefighters?

During the first hearing, Sanchez said Apopka Fire Chief Sean Wylam had a three-year plan to add additional firefighters to meet the National Fire Protection Association standards of three personnel on the apparatus. If that's the case, why wasn't the three-year plan started in 2021?

Why didn't this discussion between Commissioner Kyle Becker and Wylam at the budget workshops in 2021 trigger its beginning?

"If you had the budget, would you pivot your thinking to say, 'I'd be staffing my engine at three people per engine?" Becker asked.

"That's what I'm trying to understand," said Becker. "We're asking how many people are on your engines now... and where, in your opinion, do we need to be now to be sure we're promoting safety for the people responding to the call. And if we went that route, what additional staffing would be needed to accomplish that?"

"Dollars don't scare me," Becker said. "What we should be thinking about is not how much it costs, but what's the minimum standard that we should have as a department to service our employees and the residents?"

It sounded like Wylam agreed in 2021 that he wanted to add those additional firefighters, so why was Apopka still debating three firefighters on an apparatus well into 2022?

And speaking of 2022 - I have a few more questions about the budget workshops.

Why wasn't this issue discussed with greater urgency in July? Wouldn't it have been a relatively easy case to make? Wouldn't more options be available during the workshops? Instead, they went into an urgency mode to have the figures available for a Wednesday vote. It certainly would have been a smoother transition than they are experiencing now, heading into the final budget hearing.

It is said, time and time again, that public safety is priority-one in Apopka. And verbally, no one disputes that notion. Here is a back-and-forth discussion between Becker and Bass about the purchase of Camp Wewa in 2021 that illustrates it:

"My very pointed question is... are we putting critical needs at risk from other parts of the City to pay for this [Camp Wewa]?" Becker asked.

"As I stand here today, I'd say no," Bass said in response. "Our police and fire are not at risk. I think they have what they need. Will we sacrifice police and fire? No, I do not think this Council will do that. At the end of the day, everybody knows public safety comes first. So we will look at all items and make sure everything is funded the way it should be."

I don't doubt that the administration and Council believe that to be true. Yet, here we are with a fire department not conforming to national fire safety standards and fire stations not equipped to house extra firefighters. Here we are with a police department that is consistently below the recommended amount of sworn officers for the population of residents it serves.

And at this stage of the budget hearings, why did city commissioners have to force-feed additional firefighters to the mayor, administrator, and, incredibly, the fire chief? Why were they kicking and screaming to stick to a three-year plan and protect general fund reserves when four commissioners, a clear consensus, were looking for options to move forward?

Why was their posture defensive? Why didn't they have a more open attitude similar to the excitement and creativity they displayed when faced with the possibility of buying Camp Wewa?

Take a look at this conversation between Mayor Bryan Nelson and Bass about purchasing the property in 2021:

"Three weeks ago, I got a call from the YMCA about this property," said Apopka Mayor Bryan Nelson. "It was basically a courtesy call to let us know they were going to sell the property to a developer and thought I would want to know. I just said wow. Having been there, I knew how amazing this property was. I asked them to give us a couple of weeks to do our due diligence, and maybe we can come up with a plan to purchase."

"You have about $800,000 in impact fees that you can use," said Bass. "You can put up the other properties for sale (including the Sandpiper property valued at $1.2 million). The City is also in the process of applying for a grant from the Florida Department of Environmental Protection. We won't know about the grant. It takes some time for that to come back. What we could do is use some of the other parcels coming in as income, and then you also front some for reserves and reimburse yourselves from the sale."

"I'd love to have [2021] summer camp up and running," added Nelson. "Three years ago, we couldn't have done this. But because of the financial shape we are in, we can use reserves or borrow the money. We've got ways of doing it because of the shape we're in."

"We're in uncharted territories," said Bass. "This is new to us. This is something we have an opportunity to take on, and I think the key is going to be to look for all the grant opportunities available, partnering, and working with the chamber. We can all work together."

Put up other properties for sale. Apply for grants. Use reserves. Borrow money. Partner. Work together.

That's a lot of imaginative, forward-looking ideas for buying a children's camp. And it's to be applauded. But it's also in stark contrast to how they approached this discussion about adding AFD firefighters over a year later.

At the first budget hearing on September 7th, the primary objection from the administration was the need to retrofit the fire stations and the unknown cost. Yet Camp Wewa had a $4.7 million price tag and was also in need of significant "retrofitting".

Along with the purchase price, the costs to upgrade the property to ADA compliance, convert well water to city water, change its septic system to sewer, additional improvements, repairs, and operational expenses to the camp would cost approximately $3 million over five years.

Why was the "whatever it takes" attitude on display during the Camp Wewa purchase not present when the AFD budget was on the table?

The final objection from the administration was about draining the general fund budget to a risky level, thus endangering Apopka in an emergency.

"Well, here's what I'm going to tell you," Bass said to Commissioner Nick Nesta. "You've set your millage rate. If you're going to add those kind of dollars to this budget, you'll have to cut... you'll have to tell me where do you want to cut... in other areas. Or you can go into reserves. But just keep in mind that we're saying if you borrow from those reserves, how far you go down, and we have a storm... just be prepared when I come to you and tell you I need to borrow money for a storm. Just be prepared. That's all I'm saying."

I certainly understand the need to have reserves in case of emergencies. You don't want to open the City up to a "perfect storm" scenario. But let me ask you this:

Apopka has experienced a Category 5 hurricane and a global pandemic in the last six years yet managed to increase its reserves yearly. Congratulations on weathering everything thrown at you. But it does make me wonder what exactly are you anticipating might happen in this worst-case scenario that takes priority over the clear and present danger facing the AFD.

Suppose you need to borrow money to pay for this unforeseen catastrophe because you used reserves to protect firefighters and the community from a much more likely and current threat. In that case, I suspect the residents of Apopka will understand.

What might be harder to understand is the chaotic nature of this budget process.