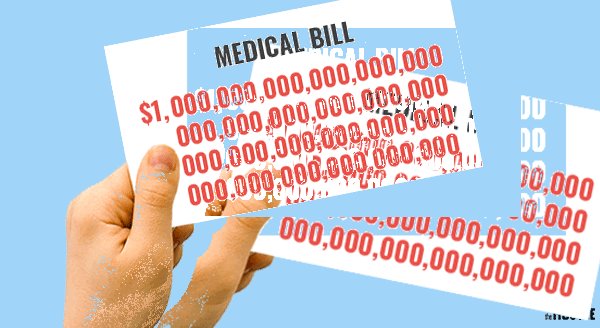 Remember that show about a schoolteacher who became a meth kingpin to cover his medical bills? New Zealand’s Walter White wouldn’t have done that.

But in the US, 41% of American adults carry medical debt, according to research from Kaiser Health News and NPR.

Some may not have appeared in past surveys or estimates due to how people deal with it — for example, 17% of people shuffle their debt to credit cards, while 21% pay over time directly to a provider.

How much debt are we talking about?

What that feels like depends on each debtor’s situation, and those who are low-income, uninsured, Black, Hispanic, women, or parents are often hit hardest.

Eighteen percent of debtors fear they’ll never pay it off. And debt has branching effects:

What can be done to treat it?

Medical bills can often be shockingly high, even for the insured.

New transparency laws also require hospitals to post rates for 300 common services. However, as of February, only ~14% were compliant, per CNBC.

And the core issue remains: People can’t afford care, as both medical costs and deductibles have steadily increased.

BTW: Consumer Reports has some tips for avoiding high medical bills and dealing with them should they occur.

The Orange County Clerk of Courts may have money for you

How to Find Convenient Transport Services for All Your Business Needs

As new school year draws near, Florida families can save at annual back-to-school tax holiday

Is the US in a recession? Well, that depends on whom you ask – and what measure they use