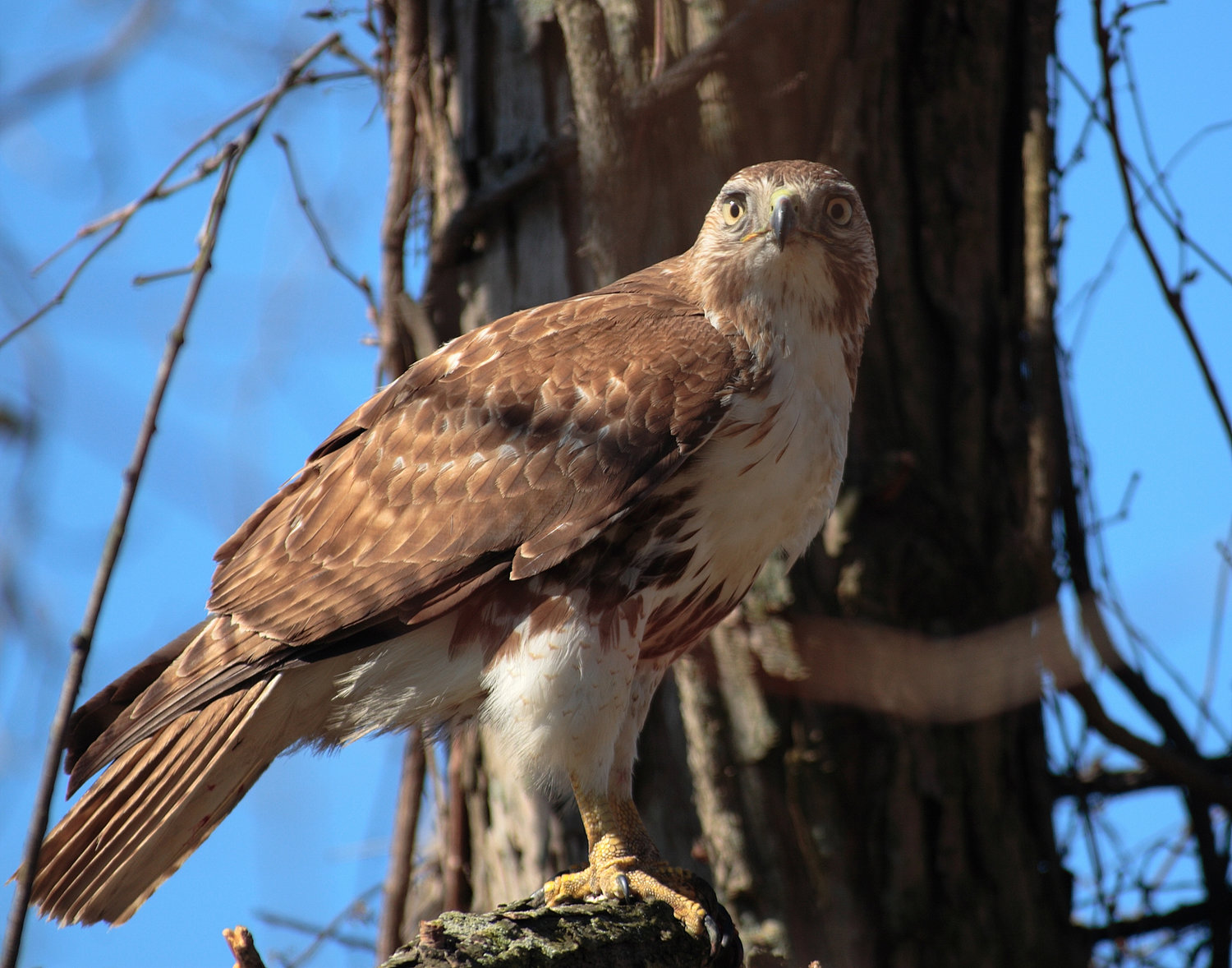 One thing I have noticed in my somewhat eventful life is that animals are very perceptive people. I mean they live, and survive on a very primitive level, and yet, just perhaps, and forgive my sacrilege, they are often more Christ-like than people.

What in the world do I mean by making such a statement? Well, take the issue of trust.

Here we are, supposedly a higher life form, and yet we go about our lives wearing a diadem of fear as though it were our sole purpose in life.

Yeah, we are afraid. We are afraid of people, animals, the dark, even God, which is more the pity. Animals have many reasons to fear us... after all, we eat them, and if we don’t eat them we kill them for sport.

In my 80-plus years of hobnobbing with animals as a naturalist and zoo director, I have perceived enough four-leggeds, and two-leggeds to have witnessed some rare examples of profound, even miraculous trust.

There was that time a few years ago when I reared a fledgling red-tail hawk to maturity and eventually released him back into the wild. Years passed and I was hiking in the woods some 20 miles from my home when I heard the shrill shriek.

It was a red-tail hawk.

Looking up I was pleased to see the beautiful bird watching me from his vantage point on a dead snag not far away. We stared at each other, and then, on a wish... or a whim (I am not sure which) I called to him.

“King, is that really you?”

He fluffed himself up, stared at me, cried again, and flew closer still. Then, hopping from branch to branch, he approached until only 10 or 12 feet separated us.

We visited, that red-tail hawk, and the red-headed boy-man and exchanged banalities until having caught up on recent events, with a final “chirp, chirrup, and another shriek, he flew away. (He told me that he had a date with a sweet little field mouse on the other side of the woods.) I know that was King because such an event is so far from typical between hawks and men.

That was a special moment in space and time, and a beautiful gift from our wonderful, generous, and loving God. Only by God’s grace can we imagine such a demonstration of trust. King displayed no fear that day. What a profound example of God’s love.