Self-driving vehicles are a major topic among American motorists. According to a new AAA survey, 63 percent of U.S. motorists are afraid to ride in a self-driving car, a significant decrease from 78 percent in early 2017. Millennial and male drivers are most willing to purchase a vehicle with semi-autonomous features; however, over half reported there is still a fear associated with riding in a fully autonomous vehicle.

“Consumers should educate themselves concerning new car technology to fully understand the pros and cons,” said Montrae Waiters, AAA spokeswoman, The Auto Club Group. “Self-driving and semi-autonomous vehicles present drivers with more options than ever, and as Americans get more comfortable with their features, safety should always be top of mind.” 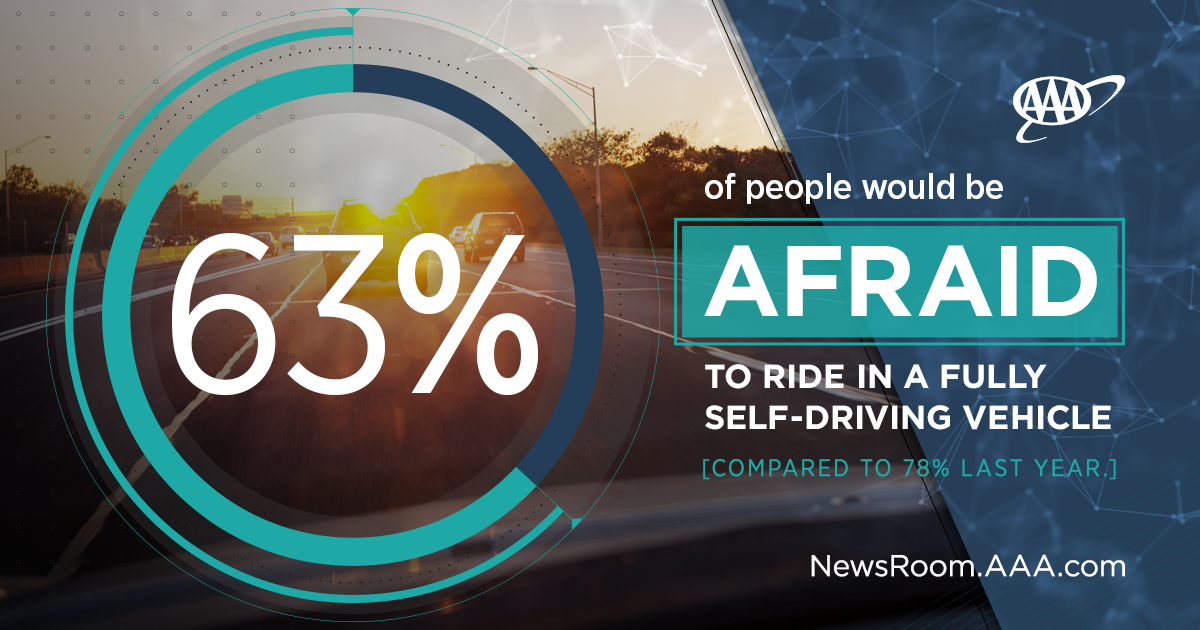 “Most drivers still enjoy the experience of getting behind the wheel of their own vehicle,” continued Waiters. “Therefore, the safety features in a semi-autonomous vehicle might be more appealing to a driver who is not quite ready to give up the wheel.”

New vehicle technology is shaping the future of public transportation. AAA will continue to educate the motoring public on the associated benefits and limitations involved with these new features. Previous testing of automatic emergency braking, adaptive cruise control, self-parking technology and lane keeping systems has shown both great promise and great variation. Future AAA testing will look at how well systems work together to achieve higher levels of automation.