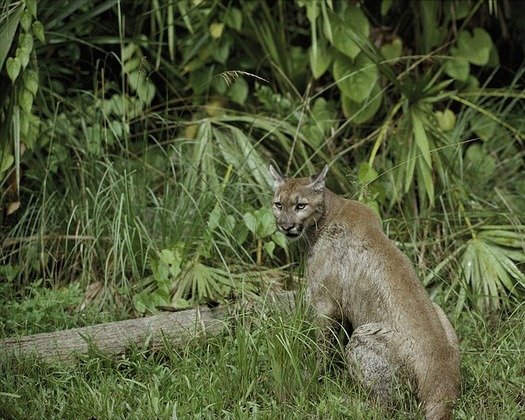 Nearly 12,000 species are at risk of becoming endangered or extinct across the country, including the Florida panther. (Pixabay)
Posted Friday, December 6, 2019 9:40 pm

TALLAHASSEE, Fla. – A bipartisan bill aimed at keeping wildlife populations off the endangered species list is to get a markup by the U.S. House Natural Resources Committee.

The Recovering America's Wildlife Act would dedicate $1.3 billion to state wildlife agencies. Preston Robertson, president of the Florida Wildlife Federation, said the proposal would bring about $40 million to Florida every year to protect some of the state's most iconic species.

"In our case," he said, "the Fish and Wildlife Conservation Commission has an action plan to try to save our very rare species - including the Florida panther, the manatee and a myriad of other creatures we've got that exist nowhere else in the world, in some cases."

State fish and wildlife agencies have estimated that nearly 12,000 species are at risk across the country, including more than 1,000 in Florida, mostly because of loss of habitat from development. The legislation would help boost state efforts to conserve species before they are in crisis.

Collin O'Mara, president and chief executive of the National Wildlife Federation, said a recent study that details the loss of 3 billion North American birds since 1970 adds another spark of urgency.

O'Mara said he sees the bill as the most significant piece of wildlife legislation in more than a half-century, that would protect the full diversity of the nation's wildlife for future generations.

"So, at a time when most folks are pretty frustrated with Washington, this is one of those areas where Republicans and Democrats can still agree, because there really is no Republican whitetail deer or Democratic smallmouth bass," he said. "We all have a stake in having healthy wildlife."

One-third of Florida's congressional delegation is co-sponsoring the bill, including Democrat Darren Soto, who sits on the committee expected to vote on it this week. Also on the committee is Republican Daniel Webster who is yet to declare his support.

Text of the bill is online at congress.gov, and the bird study is at science.sciencemag.org.

Disclosure: National Wildlife Federation contributes to our fund for reporting on Climate Change/Air Quality, Endangered Species & Wildlife, Energy Policy, Public Lands/Wilderness. If you would like to help support news in the public interest, click here.