Why Canadian Snowbirds Should Consider Apopka in Florida for Their Retirements 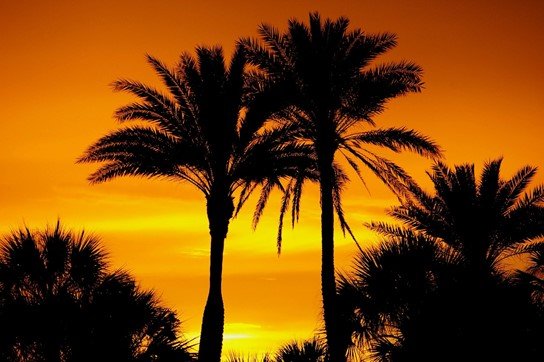 Canadian snowbirds looking to flock south to escape Canada’s cold winters have traditionally chosen Florida and Arizona for their winter homes. Apopka, a suburb of Orlando that is less than 20 miles north of the city and surrounded by Lake Apopka and Wekiwa Springs State Park, is an increasingly attractive location for Canadians to spend their winter months.

With U.S. Route 441 running through Apopka, along with many toll roads connecting you to Orlando, day trips are a great way to spend the winter months. Located in Central Florida, Apopka is a quick drive from major attractions and tourist destinations. With only a 30 minute drive to Disney World, Universal Studios Orlando, and Sea World Orlando, Apopka makes a great home base for any theme park fans. Cape Canaveral is also about an hour away.

If you're keen on enjoying Florida's warm waters, Daytona Beach is a one hour drive away, while Tampa and Clearwater are just under two hours away. However, water temperatures do cool down over the winter, with an average water temperature of just over 18°C degrees (64°F) in January and February.

Why choose a home in central inland Florida rather than on the coast? Coastal homes are much more expensive, while homes in Apopka remain affordable. You also won’t have to worry about storm surges, and inland areas are slightly less impacted by hurricanes compared to coastal areas.

With the average price of a home in Canada approaching $700,000, and prices in Toronto and Vancouver both well north of $1 million, Apopka homes are a bargain in comparison. For Canadians looking to buy a house in Florida, they might even be able to use a home equity line of credit (HELOC) on their residence to help finance the purchase of a vacation property in Florida. Canadians can also get a mortgage from some Canadian banks, or can consider getting an U.S. mortgage for non-residents.

If you’re not planning on staying in Florida for more than a few months each year, it might make more sense to rent a vacation rental rather than to purchase a home.

Average daytime temperatures in Apopka during the winter are warm and relatively less rainy compared to Florida's summer months. The average temperature of 21°C (70°F) in January and 22°C (71°F) in February makes Apopka a great escape for those looking to escape the snow and ice in Canada.

Florida's mild winters are also a great time to enjoy Florida's attractions, compared to the summer months that can be particularly humid and rainy, with an average temperature of over 33°C (91°F).

Canadians can stay in the United States for up to six months per year, and they do not need to have a visitor or tourist visa to enter if they are a Canadian citizen and don’t intend on working in the US. This means that you can stay in your home in Florida from November to April without any visas required.

A bill introduced in the Senate in 2019 would allow Canadian snowbirds to stay in the United States for up to 8 months, or 240 days. While that bill hasn’t been passed, it does show that there is political support and interest in allowing snowbirds to stay longer.

One thing that Canadians will have to consider is their provincial health care insurance coverage. Ontario residents need to be in Ontario for at least 153 days a year for them to keep their OHIP coverage. Alberta, British Columbia, Manitoba, New Brunswick, and Quebec require you to be located within the province for at least 183 days.

While your provincial health insurance plan may cover some medical costs, you may still need to consider getting snowbird travel insurance to supplement your coverage.

Canadians will also have to pay U.S. income tax on any capital gains if they sell their home in the United States.