US/Canada border restrictions are loosened; Canada's economy to be the first to benefit 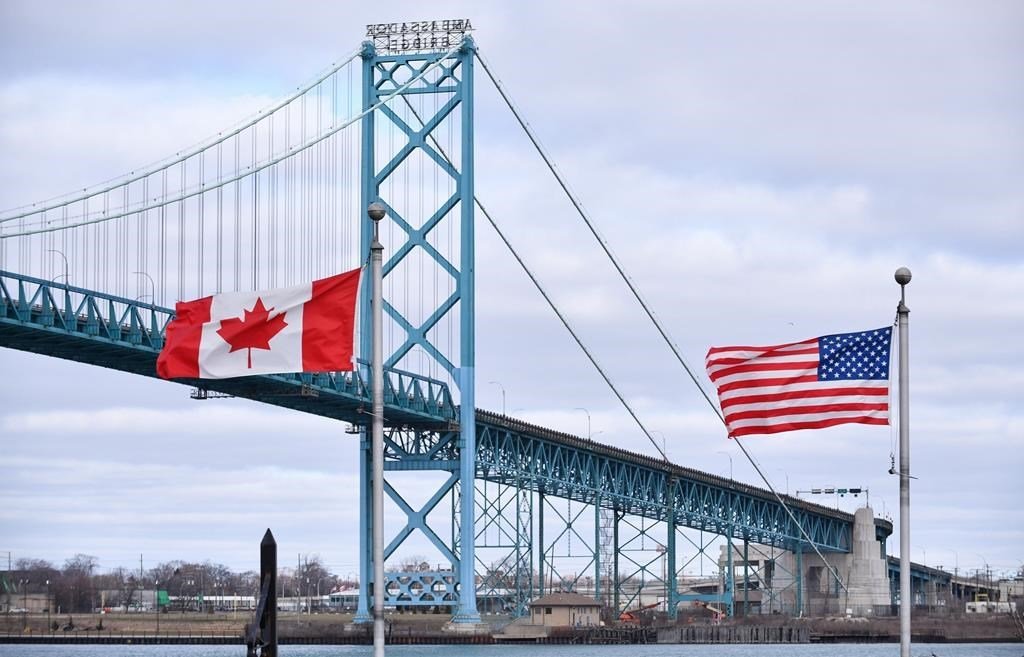 The coronavirus pandemic that started in China’s Hubei province has now affected the vast majority of countries. Even those far away from Mainland China are experiencing unprecedented waves of the infection that has already killed more than 500 thousand people globally. Despite the total infection rate exceeds 7 million, governments around the globe think that it is time to reopen. Many nations have struggled to sustain themselves financially under strict lockdowns.

After the massive European wave of COVID-19, the United States became the real epicenter of the pandemic. With more than 2.5 million infection cases and over 125 thousand deaths, the country is by far the most affected nation on earth. The response of the government has been perceived by many as slow and ineffective. They have continuously been criticized for prioritizing the economy and potential growth over the welfare and health of their citizens. People in some states have been quite radical about the lockdown, with protests against having any measures at all.

All of these have made the United States a country with lots of uncertainties about the future state of the pandemic. For the first time in history, countries weaker than the United States have started implementing travel restrictions in an attempt to curb the spread of the virus from North America. Many of the US officials have expressed criticism towards such countries, while the United States itself was one of the first nations to ban all European travelers following the initial outbreak.

Canada implemented an absolutely unprecedented travel ban on the US border as the situation started becoming uncontrollable. By the 18th of March, the southern border of Canada had already been closed for all American nationals, as well as anyone who spent time in the United States. This unimaginable ban continued being effective for almost 3 months as the number of coronavirus infections continued growing at a rapid rate across the U.S.. On the other hand, Canada has been coping with the pandemic much better than their bordering neighbor. The country’s prime minister, Justin Trudeau, announced a nation-wide lockdown while holding daily briefings, updating the public on the state of the pandemic in forthright terms.

The vast majority of entertainment venues had been shut for 3 months across Canada. Many of them will never open again as the extended time of inactivity has resulted in the soaring rate of bankruptcies. Casinos have been extremely fragile in this regard. Their operations were restricted during the very first period of the COVID-related restrictions. However, unlike others, they have found a way to keep active. A growing number of casino slots for Canadian players have appeared on the internet. They are now often run by formed physical venues that can no longer host customers in casinos.

But the biggest problem for Canadian-based businesses was yet to come. The travel ban between the two nations has resulted in countless issues and obstacles for Canadian businesses aligned along the border and beyond. When discussing this unprecedented restriction never witnessed in modern history, we should take into consideration Canada’s dependence on the US.

The US/Canada border ban is now starting to loosen

The Canadian government and the prime minister announced on June 8 that the travel restrictions at the US border will be loosened with some limited exceptions at first. Different governmental bodies declared on a number of occasions that this does not mean that Canada is opening up for Americans again. Rather, the purpose of this move is to unite families and allow some types of businesses to operate. Therefore, the border opening is aimed at those who are planning absolutely essential journeys.

This is what the minister of immigration, refugees, and citizenship, Marco Mendicino, had to say about the updated policy: "To be clear, the immediate family exemption does not mean the border will now be open to weekend travelers, or those seeking just to attend a personal or social gathering. For people traveling from abroad, they must still have a valid visa or Electronic Travel Authorization…The purpose of this measure is not to allow people to come and go into Canada whenever they like, but rather to help Canadian families reunite during this unprecedented time.”

The Canadian economy needs further loosening of the border

All businesses across Canada have been struggling during the pandemic, despite unprecedented assistance from the government. Industries that were hit the hardest are trying to find solutions, knowing that the pandemic is not going to fade away anytime soon. Many, like the gambling industry, have gone online in efforts to survive. Apps like Zoom and others have been overwhelmed by the soaring numbers of daily active users.

Yet, not every business can move onto the web. The gambling industry is not the one driving the Canadian economy and neither is any other sector of entertainment. Rather, the country’s driving force is exports and imports with its only neighbor the United States. Approximately 85% of Canada’s exports and 15% of imports come on its southern neighbor. With the border shut and industries stranded for 3 months, Canada’s economy is facing major issues.

The International Monetary Fund (IMF) projects that the Canadian economy will shrink by 6.2% in 2020 while the US economy is expected to drop by 5.9%. Considering the scale of the pandemic in the United States, the 5.9% result is not as bad. On the other hand, its Northern neighbor is struggling more amid its dependence on the U.S.. The latter will try to curb imports and push for protectionist policies.

This initial opening of the border will affect Canada significantly more than the United States. The country needs to do its best in order to sustain the pre-pandemic amount of exports to the U.S.. The economic prognosis and the impact of the border closure show just how important this relationship is for Canada.