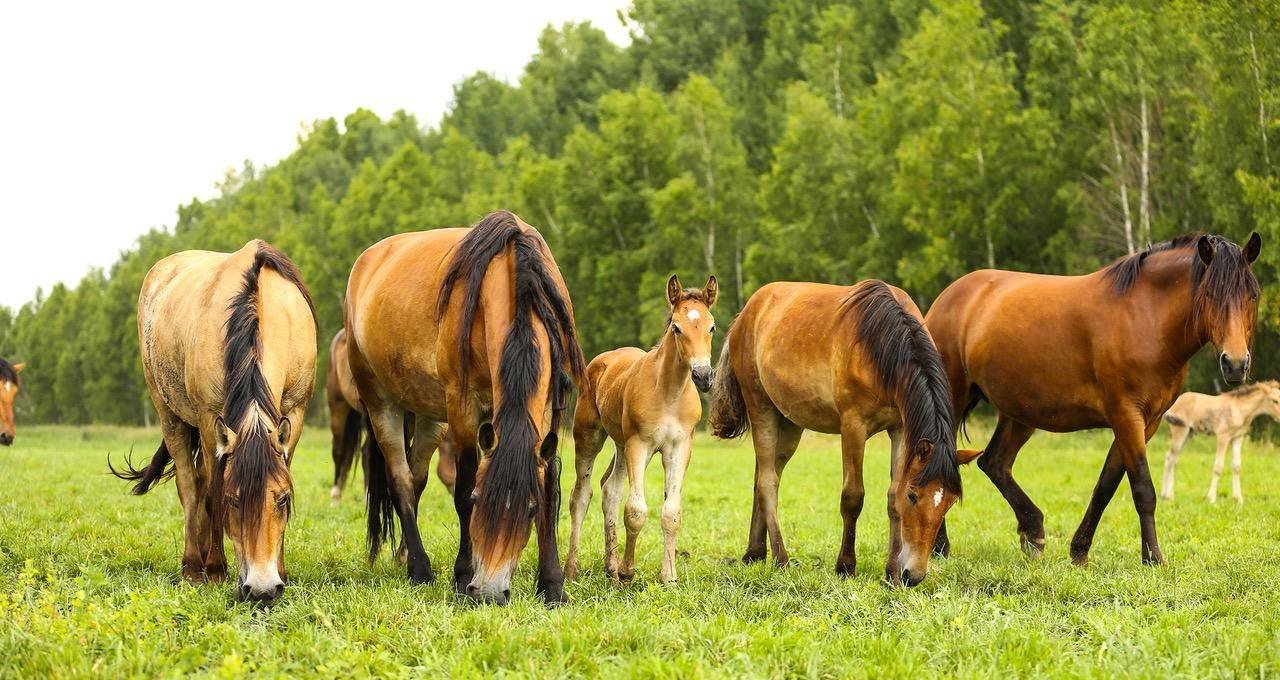 I don't know how I would have been able to heal if it wasn't for the ranch...”
Angela Jackson Life and Equus Coaching
590 N. Lake Pleasant Rd.
Apopka, FL 32712
View larger map
By Katelyn Colley, Interning Correspondent with The Apopka Voice

Hidden in the compacted residential streets of east Apopka lies a distinct patch of forested sanctuary. The land, best described by its street name of Lake Pleasant, holds room for guests of all ages and backgrounds, including its own four-legged residents. Owner Angela Jackson always felt a connection to horses, but it wasn't until she faced life-altering hardships that she realized she needed to make this unique bond into a full-time pursuit.

Jackson grew up in West Virginia with horses on her father's ranch. After a few years, her family got out of the animal business, and Jackson became busy pursuing a dance career. She later majored in dance, received a bachelor's degree in fine arts, and joined a Vermont ballet company. Despite her loved ones watching her dance for almost two decades, Jackson didn't have the heart to tell them how she didn't want to pursue a dance career until the car accident.

The collision led Jackson to undergo weeks of physical therapy. During the rehabilitation, Jackson knew she needed to be honest with herself and those around her.

"The car accident was the best thing that ever happened," said Jackson. "I wasn't strong enough to say I didn't want to dance anymore, and the accident gave me permission to take a break and admit that. That's when everything flipped." 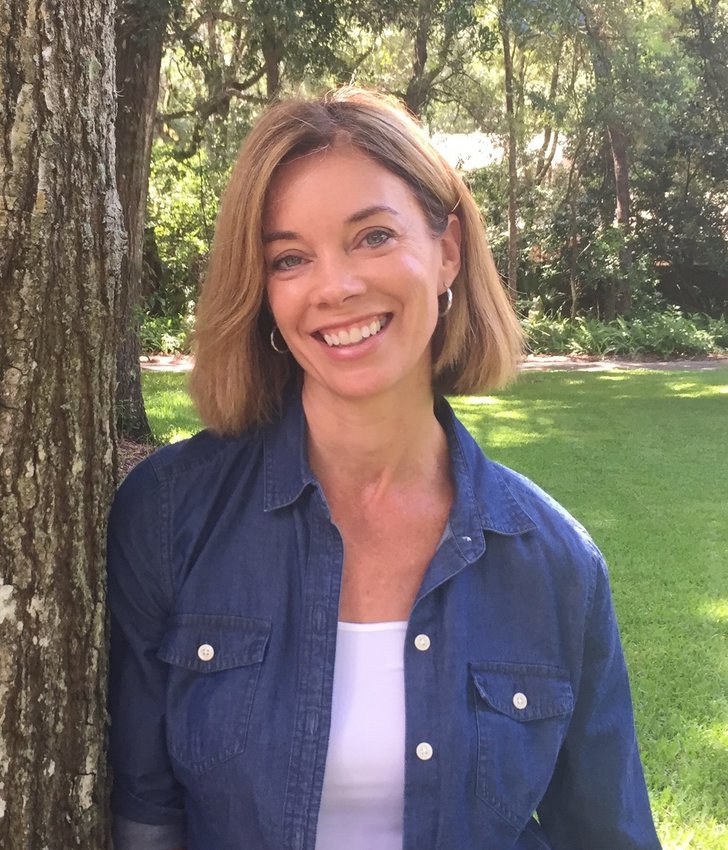 After realizing she needed a career change, Jackson moved to Florida to attend massage therapy school and opened a clinic. However, she quickly realized that her favorite part of the job was talking to clients about their life problems while doing massages. That's when she got the idea to pursue her true love: life coaching.

"I grew up watching Oprah and Martha Beck, so it was always a part of me," said Jackson. "I went to California to get certified in life coaching in 2016 and knew that was what I really wanted to do."

That same year, her husband became severely ill and needed medical treatment at a center in Arizona. As fate would have it, the only place that would accommodate the couple and their three dogs for the entire summer was a horse ranch. 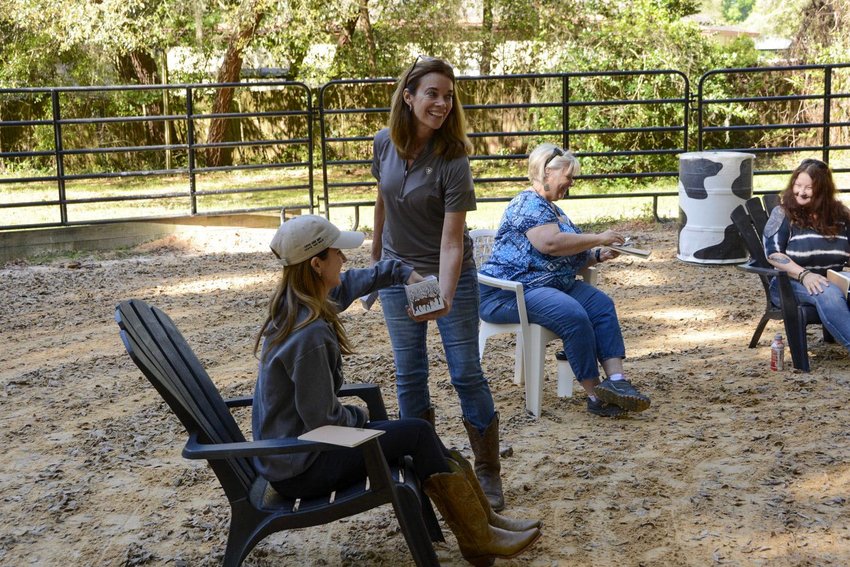 "While my husband was doing his treatments, I would go watch the horses, and it got me through everything," said Jackson. "I told my husband that I wanted to have my own horses back home, and he was so supportive. We really wanted to go for it."

The couple began clearing their 2.5 acres of land back in Apopka and constructing a barn. Jackson now had a new mission to combine life coaching and equine involvement with helping others. Following many volunteer shifts at a local rescue organization, Jackson was gifted a foal named Lincoln, whom she says was the horse that started it all for her.

Jackson's husband of 12 years passed away, and she had to learn how to accomplish their goals on her own.

"I was dealing with a lot of grief at the time, but something kept moving me forward to do this," said Jackson. "I went straight to work building everything for the horses, and I wouldn't stop until it was finished." 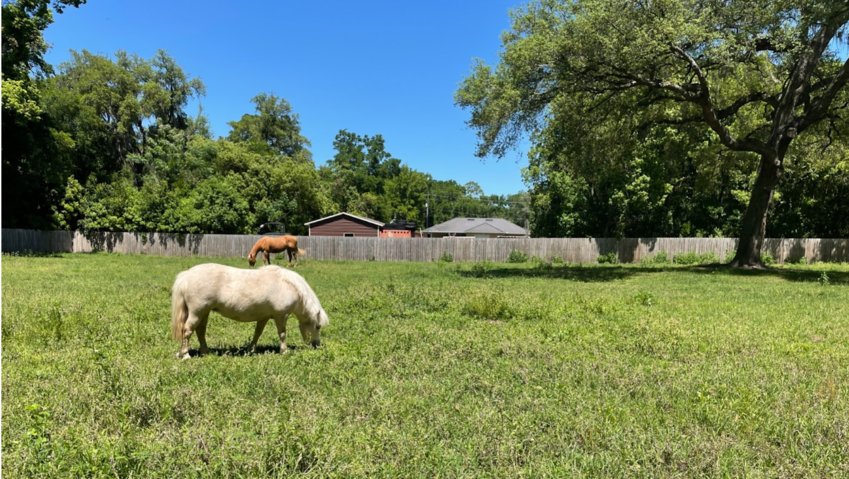 This drive led Jackson to eventually own five horses and open up an Equus life coaching business. Due to the kindness of neighbors who believed in her mission, she expanded to five acres. Today, the property features a stable, a round pen, two large fenced-in fields, and an Airbnb house. And plans to expand with other spaces for guests are in the works.

Jackson was also able to offer other professionals in the field an opportunity to work with her horses and clients in need. Some of them even have the chance to help train the horses in one-on-one sessions. One of these people was Julie Werner, who knew she needed a new path in her career and well-being.

"I felt stuck in life, and I wanted to try new things so I could learn about myself and what I wanted to do," said Werner.

Werner, who spent the day working with the newest addition to the horse family, Squeaks, also mentioned how this program had been a bright light during the pandemic era.

"Since the pandemic, there's been a lot more talk about mental health and people wondering what their next step will be," said Werner. "If you talk about going to a therapist, people can have preconceived notions about that experience, but this program is all about learning about yourself and your own communication styles. Above all, it's just fun, too."

According to a 2020 research study published by the National Library of Medicine, "the COVID-19 pandemic is associated with highly significant levels of psychological distress that, in many cases, would meet the threshold for clinical relevance."

Further research shows that animals can significantly improve both mental and physical conditions. Jackson points out that horses can help clients with their problems.

"In the wild, horses survive by feeling the energies of the environment," said Jackson. "The great thing about this is that a horse can also feel your energy. I can almost tell what's going on with a client even if they've not said two words based on how my horses react because they mirror what they see in us."

Jackson and other trainers involved have noted these implicit connections on several occasions. During the program's workshops and meditation circles, experts can guide clients through specific practices and observe how they interact with the horses.

Kim McIntyre, a co-teacher of the meditation circles, recalled when one horse, Daisy, focused her nose on a specific part of a client's arm. Daisy began to lick the spot—something McIntyre had never seen the horse do before. The client later revealed that she had an injury to that exact location.

"The experience is so unique and so important for anyone who wants to overcome something," said McIntyre, who has been teaching meditation for 25 years. "I've done hundreds of workshops, but I've never seen anything like this."

McIntyre noted that this program often gives people exactly what they need, whether advice, relaxation, or a new perspective on the problems they're working through. Jackson and McIntyre agree that many clients have had epiphanies and walked away with a new sense of courage.

"The meditation combined with the presence of horses helps people in both outer and inner ways," said McIntyre. "We can work on communication skills and inward skills like finding peace. The horses especially make you feel so much more present in the experience."

For some clients, the power of horses has had transformative effects in all aspects of their life. Elizabeth Yarly is one of the best examples of the powerful stories to come out of this program. As a self-proclaimed animal-averse person, Yarly took a complete gamble when she signed up for a quick session at the horse ranch.

"When I went to a meditation workshop, I was a complete mess," said Yarly. "I always loved the idea of horses, but I didn't even want to be touched by them when I got there."

Ironically, Yarly detailed her past experiences and fears merely hours after getting back from a long day of riding Lincoln at the ranch. The same woman who couldn't touch a horse a year ago is now the sponsor of Lincoln and is planning on getting a horse herself soon.

"I was attacked by one of my dogs when I was younger, and it traumatized me," said Yarly. "There always seems to be this sense of unpredictability with animals that I didn't like, but it's different with horses; they are very predictable when you know how to mirror them. I never realized how strong that bond could be with an animal." 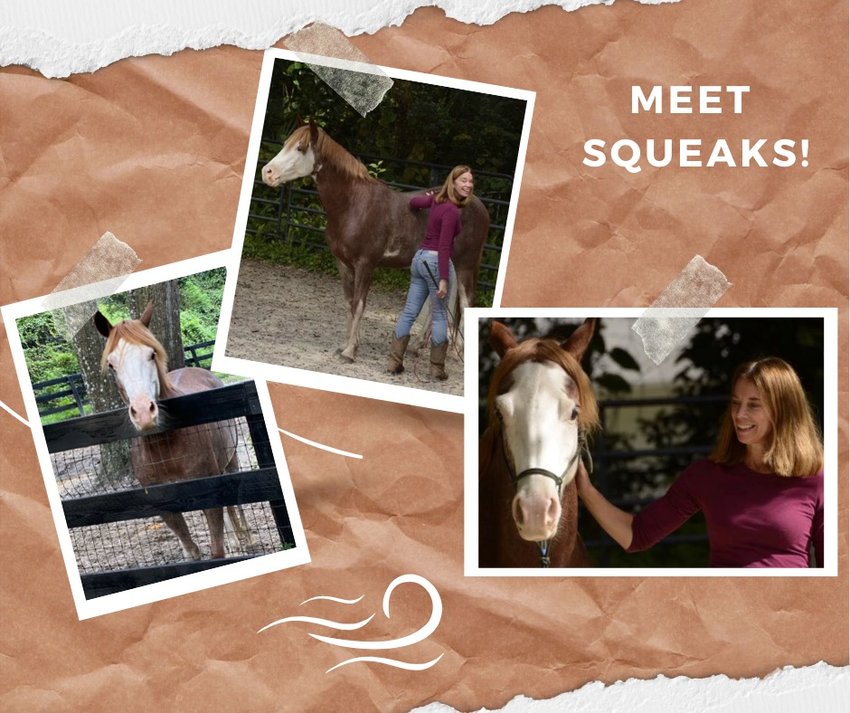 When she is not training with one of the horses in the round pen, you can find Yarly working on her next equine-inspired project: her dissertation. Her choice of final examination for Rutgers University includes creating a mini-documentary inspired by her time at the ranch and the healing services it provided.

"Every time I go, I'm the only black woman at the ranch, and it got me thinking a lot about black culture and how we don't know how to seek out these services," said Yarly. "I try to get my folks to come out, but it's hard. People of color often negotiate healing, and generational trauma gets passed down, so I think equine therapy is something we as a community can lean on to help us."

Yarly noted how traditional therapy can be draining and that Jackson's "hidden gem" property offers a more peaceful and fun environment to take that burden off. Yarly also attributed her own social and healing growth to Jackson's program and planned to also use the documentary as a gift for all of her work.

"I would love to get a horse so that I can provide the same services I receive for other people," said Yarly. "It's not just about the workshops or one-off sessions anymore; I really feel like this is the lifestyle I want to take on for myself and my future family."

Yarly, who was dealing with major struggles in her personal life before finding Equus coaching, credited the program with providing her an outlet she had been searching for all along. Now, she is preparing to take the next steps in her equine therapy research, doctoral program, and newfound passion for horses.

"I don't know how I would have been able to heal if it wasn't for the ranch," said Yarly. "I'm really looking forward to seeing where I will go on this journey. I'm so grateful for all of it."

Jackson's program has led to residents across Florida finding themselves a safe place to work through their hardships. For the 53,000 people who call Apopka home, this ranch may be the perfect place to saddle up for their next adventure—right in their backyard.

Who is the hidden Jesus in today's world?

Reprograming the Heart: If I can do it so can you