Two deaths as COVID-19 cases skyrocket at a Florida prison 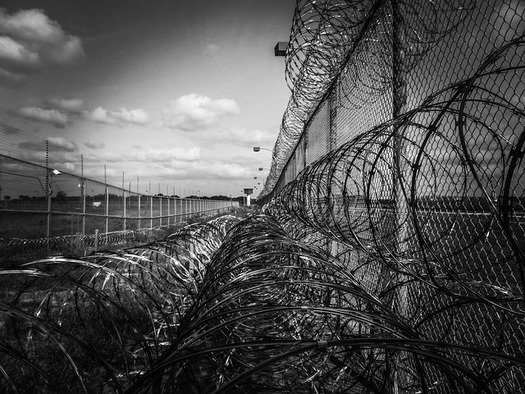 The first two deaths in Florida's prison system related to the coronavirus comes as the system is seeing a spike in both staff and people serving time testing positive for COVID-19.

Just over a week ago, the Florida Department of Corrections said 12 staff members and no inmates had tested positive. As of Tuesday, that grew to 56 staff members and 35 inmates, with a majority of the case explosion happening at the Blackwater River Correctional Facility in Florida's Panhandle, where two individuals reportedly died.Debra Bennett, Florida state organizer for the National Council of Incarcerated and Formerly Incarcerated Women and Girls, says she thinks the number of positive tests is much worse.

"I have no doubt that the numbers are drastically higher than what they are producing," she states. "We're fortunate that they did do testing. Blackwater is a facility that is privately run, so they are doing testing, We don't really believe that a lot of these other prisons are doing the testing."

The department has not responded to a request for comment, and the News Service of Florida is reporting that facility has kept the fatalities secret for nearly a week, with information coming from the local medical examiner's office.

Bennett also runs a nonprofit group called Change Comes Now, which advocates on behalf of people in prisons. She says individuals are vulnerable behind bars, because social distancing is impossible.

Bennett adds if any staff member tests positive, everyone in the population should get tested and appropriate care.

"I lived inside these prisons for many years," she relates. "Medical inside the Department of Corrections, on a very good day, medical attention is horrible."

The Department of Corrections website states that any employees testing positive for the virus are not allowed to work until cleared by a medical professional. If a person serving a prison sentence shows symptoms, that person will be placed in medical isolation, pending testing.