The power of emojis: How a 🤯 or a 👏🏽 in tweets engages more people 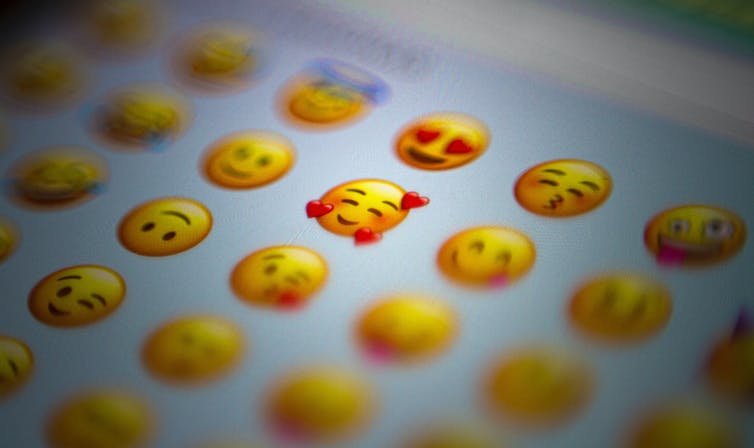 The emoji has become a critical part of our online communications, particularly during the COVID-19 pandemic when face-to-face contact is hard to come by. (Domingo Alvarez/Unsplash)
Posted Thursday, January 7, 2021 8:46 pm

The restrictions associated with the COVID-19 pandemic drove life online in 2020, where it will probably remain for much of 2021.

The way we communicate quickly pivoted to Zoom meetings, remote learning and messaging on social media. And in the absence of face-to-face interactions, people quickly became more reliant on emojis to help express their thoughts and feelings to an audience they can no longer see in person.

The digital shift has made the emoji an integral part of written language. Ninety-two per cent of consumers online use some form of emoji in their communications. On Instagram, nearly half of the posts contain emojis. In 2015, the Oxford Dictionary went so far as to declare 😂 as the word of the year.

Emojis are now being described as “body language for the digital age.”

It comes as no surprise that many well-known brands such as Sony, Chevron, Coca Cola, Burger King and Taco Bell have all embedded emojis into their marketing communications. Many have even developed customized brand emojis tailored to their offerings.

Despite the prevalence of emojis in brand communications, marketers know relatively little about how they affect the reader. Do emojis influence an audience’s behavioral responses? Social media managers, copywriters and content developers are keen to know if these tiny pictures actually have an impact.

To address this question, our recent study in the Journal of Interactive Marketing collected thousands of tweets from the top celebrity and corporate brands on Twitter to determine whether simply using an emoji in a tweet improved engagement.

The results demonstrate that the mere presence of an emoji in brand tweets increases the extent to which consumers like and share content. They also show that more emojis within a message amplify this effect.

Subsequent lab studies highlighted a central mechanism in how brands reap value from emojis: playfulness. Brands can convey playfulness by placing emojis before the focal text as a teaser for what is to come. This is particularly so when the emojis are tightly related to the text that immediately follows.

The evidence suggests that emojis convey certain messages and emotions better than words. They can help define a brand personality and even create a difference in click-through rates and general engagement levels.

Here are four tips that organizations should keep in mind when using emoji:

Emojis are not just a gimmick used to garnish text messages. They’re a complex new form of language that help communicate feelings and expressions in a time when in-person conversations are harder to come by.