A mystery the cat must solve 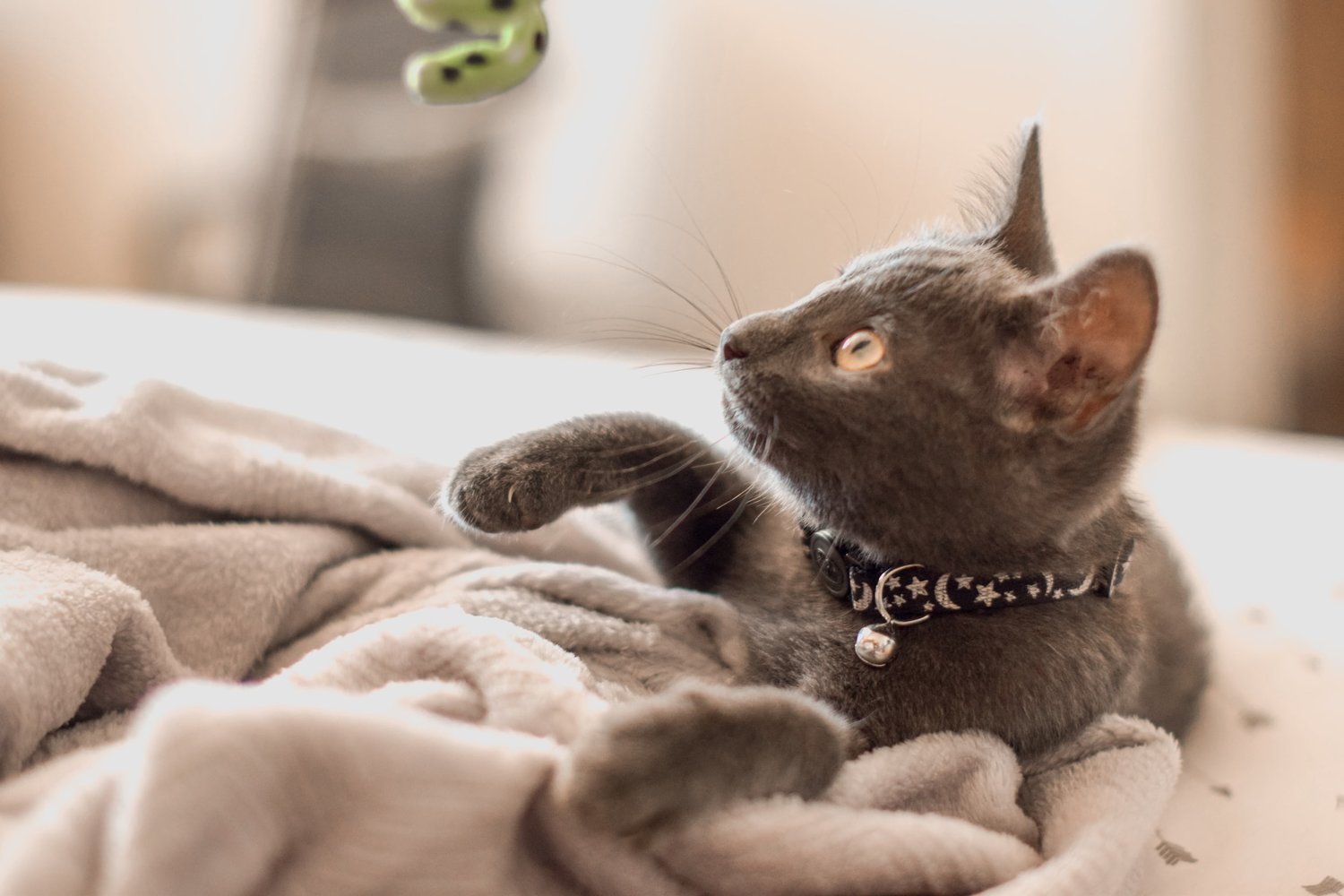 "A cat is sometimes inaccurately described as a domestic animal. Fundamentally it is no more domesticated than a crocodile."

"Cats really do get a bum rap. So often, they are accused of being stupid, ignorant, and vile beasts, but in reality, all those particular animals are doing reflects the character of their owner."

"You think cats are stupid? I should say not! They have succeeded in domesticating man to their purpose very well, which to my way of thinking indicates a relatively high level of intelligence."

Neither Vociferous, Smoky, or Caligula, my feline houseguests, ever kill anything on purpose. It is invariably an accident that results in the victim's demise.

The two cats can be compared very favorably, or unfavorably, dependent upon your point of view, to a small boy with a new wind-up toy.

They must solve the mystery.

Therefore springs, pins, wheels, sprockets, and gears, or, as in the case of an unfortunate mouse, tail, guts, fur, and ears are soon scattered on the rug.

Neither the little boy nor the cat should be punished for what is to them only a natural result of a God-given, if somewhat depraved, sense of curiosity. The more is the pity for the toy and the mouse.

One day I watched as the large tom, Vociferous, played with a giant Lubber grasshopper roughly three inches in length. The cat carried the grasshopper to the center of the garden, where he dropped it and lay there watching sleepily as "his" grasshopper attempted to escape by walking and hopping toward some thick foliage plants where it could hide.

Each time, just as the grasshopper was about to achieve its goal, Vociferous would vocalize a little squeaky 'chirrup'. Rising to his feet, he would hurriedly retrieve the insect, replacing it in the garden's center again.
As an admirer of all things living, I was tempted to rescue the somewhat harried grasshopper, but, as a naturalist and an observer of nature, my curiosity held me in place as I wondered just how far the game would go. Would the grasshopper escape?

Or would Vociferous finally kill it? The grasshopper was retrieved a dozen times in twenty minutes.

Finally, the cat, tiring of the game but not the grasshopper, carried his toy to the center of the garden one more time, carefully placed a paw on it, and lay down to take a nap. The cat was sleeping, but if the grasshopper struggled too mightily, that paw, that terrible oppressive paw, only pressed down the more until the insect finally stopped struggling, Vociferous went back to sleep.

Finally, the cat resumed the game, well-rested, until the grasshopper was benevolently allowed to reach his goal. Vociferous lay watching as his departing playmate climbed high up a bamboo stalk. Vociferous stood, stretched, as only a cat can stretch, took one last look at 'his' bug, squeaked farewell, and retreated to the house for a well-earned nap.

Another time, I watched as Vociferous played with a grasshopper. But this time, the grasshopper was not nearly so fortunate.

After playing the chase game for a while, the cat lay down, placed a paw on the insect, and carefully pulled off one of the grasshopper's large rear legs. Vociferous lay there with that prickly leg between his teeth as he released the crippled grasshopper. Now, because it was missing one leg, the insect traveled in a rough circle when it hopped. Vociferous watched his circumnavigating bug until again he tired of the game... stood, stretched, and went to the house where he took a bath and a much-needed nap.
Have a beautiful day, and may your cats teach you.

"Dear Heavenly Father, I ask that my pets live long and healthy lives and that I may live up to your expectations as well as theirs. What a wonderful God you are to bestow upon us the ability to make friends with your creatures. I thank you, in Jesus' wonderful and Holy name, I ask it, Amen."