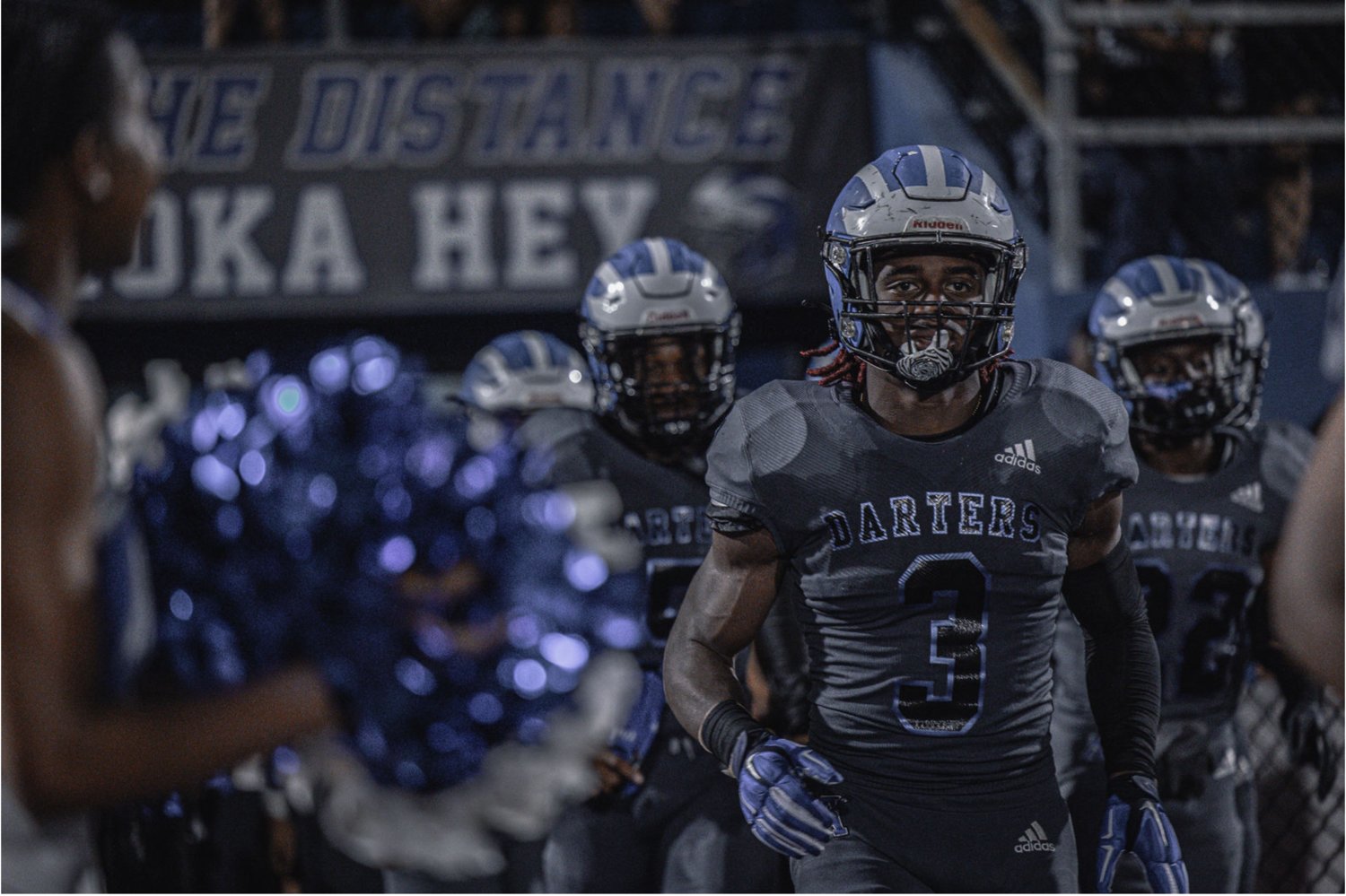 The Blue Darters take their 11-2 record to Port St. Lucie to face the Treasure Coast Titans in the state semifinals.
Photo by Tramayne Wright of wrightchoicesports.com
Posted Thursday, December 2, 2021 9:32 pm

Apopka and Treasure Coast have no common opponents in 2021, but both teams are on a seven-game winning streak.”
Apopka Blue Darters (11-2) at Treasure Coast Titans (10-1)

WHAT: State 8-A Semifinals

Three down and two to go.

The Apopka Blue Darters won the Class 8-A Region 1 championship with a thrilling 28-27 victory against  #1-ranked Seminole High School last Friday night in Sanford. It was their third playoff win, and it propels Apopka into the final four in the state championship postseason tournament.

Tonight, they will take the two-hour drive down the Florida Turnpike to Port St. Lucie to face the Treasure Coast Titans in the Class 8-A semifinals.

This will be the third straight away game for the Blue Darters in the playoffs. For the season, they are 5-1 on the road, while the Titans are 5-0 on their home field.

Apopka and Treasure Coast have no common opponents in 2021, but both teams are on a seven-game winning streak. The Blue Darters have outscored their opponents 268-39 in those games. The Titans defeated Palm Beach Central 34-0 in the Class 8 Region 2 championship last Friday night.

In the final USA Today Florida Network Poll of 8-A schools, Treasure Coast was ranked #3, while Apopka was ranked #7.

The winner of the Blue Darters-Titans game moves on to the State 8A Championship and will face the winner of the Miami Columbus (9-3) and Venice (12-1) game. Venice was ranked #2 in the final USA Today Florida Network Poll for 8A schools.

The state semifinal kickoff is at 7:30 pm on Friday night at the South County Regional Stadium in Port St. Lucie. The address is 560 NW University Blvd Port St Lucie, FL 34986

The Titans are making the program's first Final Four appearance while Apopka has won three state titles since 2001.