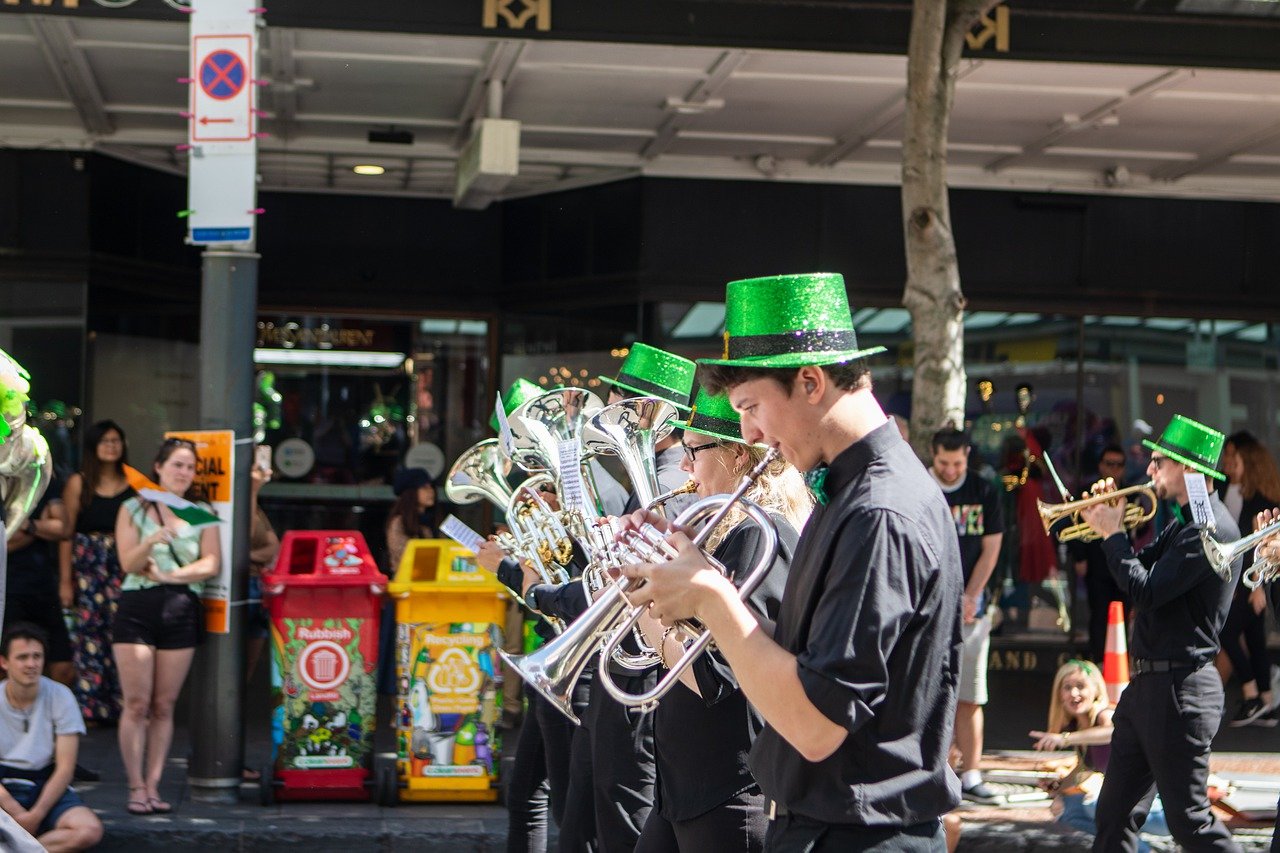 Traditionally, March 17th was a day to remember St Patrick, who ministered Christianity in Ireland during the 5th century. But over time, the day has evolved to represent a celebration of Irish culture more generally. Today, as with Halloween and Christmas, the true meaning of the celebration has been watered down even further. Now, it is just as likely to be marked by non-Irish people who use it as an excuse to consume large quantities of alcohol and dress as leprechauns.

Amid the dyed-green rivers and pints of Guinness, it can be easy to forget the symbolic importance of St Patrick’s Day to Irish people in the early 20th century. This was a turbulent period when Ireland was seeking political autonomy from British rule. At a time when the British considered any form of Irish public gathering to be “a front for Fenian [nationalist] activities, a license for drunkenness and a catalyst to violent disorder” it became of national concern to make St Patrick’s Day a respectable holiday. This was achieved thanks to the efforts of the Gaelic League.

The Gaelic League, or Conradh na Gaeilge, was established in 1893 by Eoin MacNeill to encourage the use of Irish in everyday life and counter the ongoing anglicization of the country. It was formed as part of the Gaelic revival, or Athbheochan na Gaeilge, which promoted a national revival of interest in the Irish language and culture. The League aimed to “leave politics outside the door” and work together to further the cause of the revival and preservation of the Irish language and culture.

The League played an important role in making Irishness something of which people were proud. It organized weekly gatherings to discuss Irish culture, established its own newspaper (An Claidheamh Soluis), provided Irish alternatives to imported pastimes and entertainment, encouraged Irish people to buy Irish goods only, and successfully campaigned to have Irish included in the school curriculum.

At this time, Irish people could still be imprisoned by order of British law for using their native language on official documents. So the League protested by encouraging citizens to address all letters and record all census returns in Irish. Edmund Kent became Éamonn Ceannt, for example, and Oscar Traynor became Osgar Ua Tréinfhir.

Although Saint Patrick’s feast day had been celebrated in Ireland since the 9th century it was still not a national holiday. Campaigning to make St Patrick’s Day a bank holiday became one of the League’s top concerns. March 17 represented a symbolic occasion for Irish people to reflect on their sense of self and look back with nostalgia at ancient Ireland.

The figure of St Patrick driving snakes out of Ireland became a metaphor for the struggle against British rule. As an advert in The Gael journal stated, one of the aims of celebrating St Patrick’s Day was “to meet the encroachment of vile anglicization and hurl it back into the sea, as Patrick hurled the snakes from our land”. In 1903, the Bank Holiday (Ireland) Act of 1903 was finally passed in Parliament. The national holiday of St Patrick’s Day was officially enshrined into law.

Fundraising was also an integral part of St Patrick’s Day, with money raised from concerts and processions going to the Irish Language Fund. As the League stated:

So, it was essential to use St Patrick’s Day to promote it. The Gaelic League was also credited with restoring order and sobriety to St Patrick’s Day. It encouraged the closure of public houses which they believed diminished the purity of the holiday – perhaps ironic given the celebrations that now surround the day.

The Gaelic League also promoted the “correct” celebration of St Patrick’s Day amongst Irish communities in England, particularly in Liverpool and London. They argued that organizing language processions and Gaelic masses was necessary for countering the “sham patriotism” of “Grand Irish Nights” that tended more to “denationalize and demoralize our people than provide healthy amusement”. These concerns show that, even in the early 20th century, some of the arguments we hear today about St Patrick’s Day were already being raised.

In 1915, the Gaelic League became infiltrated by the Irish Republican Brotherhood, and by 1918 it had been declared an illegal operation by the British government. It saw the League as a “grave menace designed to terrorize the peaceful and law-abiding subjects of His Majesty in Ireland”.

Despite these claims, it is undeniable that the Gaelic League played an integral role in the promotion of Irish language and culture across the world and, as the writer and nationalist Pádraic Pearse claimed, was one of the “the most revolutionary influences that have ever come into Ireland”.

Commercialism or nostalgia? Celebration or farce? Cultural appropriation or cultural appreciation? Whatever your view, we have the Gaelic League to thank for the fact that St Patrick’s Day remains a much-loved national holiday that keeps Irish culture at the forefront around the world.