For a while, it looked like a match made in heaven.

Back in April, the residents of Rock Springs Ridge (through its Homeowners Association), The Golf Group (owners of the closed Rock Springs Ridge Golf Course), and the City of Apopka proposed a three-way deal that made sense to all parties. The City would swap two parcels of land valued at $2.4 million to The Golf Group for the closed golf course at RSR. Then the City would deed the golf course back to RSR once they formed a recreational district and paid the City $2.4 million.

But in the course of several months, the match made in heaven may have transitioned into another overused cliche - three's a crowd. Gary McSweeney, the President of the RSR Homeowners Association, hopes that is not the case.

At the August 4th Apopka City Council meeting, Mayor Bryan Nelson delivered the news that the RSR HOA was exploring an option to sell its own parcel of land located on West Kelly Park Road, and purchase the golf course through the funds from that sale. The news seemed to catch the commissioners off balance.

“We’ve spent the last 3-4 months talking about this land swap, and then literally overnight there are signs all over RSR about selling a parcel of land to buy the golf course," said Commissioner Diane Velazquez. "And at the last Council meeting, I did ask the HOA president to send a letter to the residents… so now he’s done sort of a switch… so are we still doing the land swap, or are we not doing the land swap?”

“Commissioner, your guess is as good as mine,” said Apopka Mayor Bryan Nelson. “I don’t know. I wish I had a good answer for you. The ball keeps moving. I inform you when I know something… but every meeting I have with these folks, something changes. It’s just the way it is.”

Is there still a land swap deal on the table?

The Apopka Voice spoke to McSweeney in a phone conversation. He also responded to several questions by email. And despite the strong rhetoric from the City Council, still believes there is a deal to be had.

"We know the mayor and commissioners are looking out for what is best for the city and typically what is best for the city would be good for RSR as well," he said. "Unfortunately, all our negotiations required the HOA to purchase the Harmon Road property at appraised value from the city, deed it to the Golf Group in return for Golf Group deeding title for the golf course lands over to the HOA. This was always part of the three-way deal arranged between our trio of participants that would ultimately lead to a successful, win-win-win conclusion. In the end, while there were discussions about selling Harmon to another buyer, the property is required to resolve the RSR golf course matters that would take priority over the desires of another buyer. There was no vote on the Harmon land so according to the mayor, the swap deal is still on the table."

However, in McSweeney's assessment, selling the land on West Kelly Park Road owned by the HOA would be in the best interests of the residents of RSR as opposed to starting a recreational district and using funds from a bond to pay the $2.4 million.

"The HOA would receive significant financial compensation if the vacant, HOA-owned 624 West Kelly Park Road property were sold to a third party," he said. "Instead of securing a bond through the City for long term financing of the golf lands, RSR would earn enough money to purchase the golf lands outright, invest $1.5-million in renovating the clubhouse building and lands, improve roads, walks, and parking surrounding the clubhouse and have enough money left over to adequately fund the HOA treasury."

He also disputes the assertions made on social media that the parcel is environmentally protected land.

"This Kelly Park vacant land is not a gopher-tortoise sanctuary, nor part of any conservation area that requires special consideration under local, state, or federal laws and borders only 12 of the 1,320-Homes (<1%) built-in RSR," he said. "The HOA's intentions are to protect those homes with the addition of a 200-feet deep vegetated buffer strip attached to the north side of Sand Wedge Loop in RSR and extending 200-feet into the Kelly Park land area. This land would be heavily vegetated and deeded to the 12 loop residents which would likely result in establishing some of the largest lots available in RSR, while significantly adding to their sound and visual privacy. Again, a win-win solution for everyone especially when the HOA can produce these results without any financial debt to the RSR community." 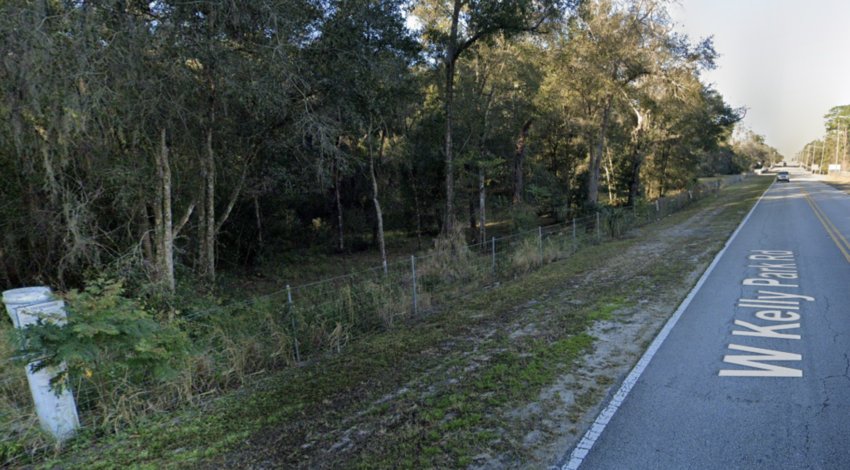 McSweeney explained that selling the Kelly Park parcel (screenshot above) was never an alternative to the land swap, but a debt-free way to fund their payment for the golf course properties.

McSweeney explained that selling the Kelly Park parcel was never an alternative to the land swap, but a debt-free way to fund their payment for the golf course properties. In Sweeney's assessment, the land swap is vital to the success of RSR getting the golf course.

McSweeney also said he talked to Nelson after the August 4th meeting, and believes the deal is still on the table.

"Members on our board and/or attorneys working on behalf of our board are regularly communicating with the mayor, commissioners, and attorneys to keep current with any changing conditions that might jeopardize implementation of our agreed to proposals. Although it did not appear the mayor had the vote support of the Council at their Wednesday meeting, everyone quickly realized Harmon was the key to returning the golf course lands back to the RSR community. We were aware that the commissioner’s discussion never led to any vote, so the Harmon property remains a favorable part of our proposal."

Support from the residents

Although there has been no formal vote taken by the RSR residents, McSweeney believes that he has their support through a 2020 petition.

"A vast majority of residents are favorable towards prohibiting development on the golf course (we had completed an October 2020 petition drive to answer that exact question and more than 1,750-people in RSR voted to support that prohibition) and the best way to prohibit development is to purchase and control the lands sought for development (the golf course lands). That is our goal, and this is what keeps us pushing forward to achieve the right deal for our community."

McSweeney took the City Council discussion seriously and is now ready to move forward with an accelerated pace to close the land swap.

"The City and Golf Group have both been gracious in allowing us opportunities to explore the possibilities but now given a recent scare by the commissioners who discussed selling lands critical to our survival (Harmon), it is time to settle on what is best for RSR and put closure to this important transaction. In my opinion, the HOA believes the best deal moving forward is to purchase the lands without creating any RSR debt and refrain from any long-term bonding or city involvement that may cause any conflict-of-interest issues for our community. The city does not appear to be comfortable with long-term mandatory assessments of the residents either, which leaves us void of many funding options. Whatever plan there is, it must include us owning the golf course land otherwise all is lost. We are reluctant to establish a recreational district because not only is it expensive to establish and run, but a district in our juvenile stage of recreation evolution, we will not have the income revenue from any recreational lands or uses... so why pay more for something that affords us no practical benefit at this time and brings an overbearing amount of governance with it?" 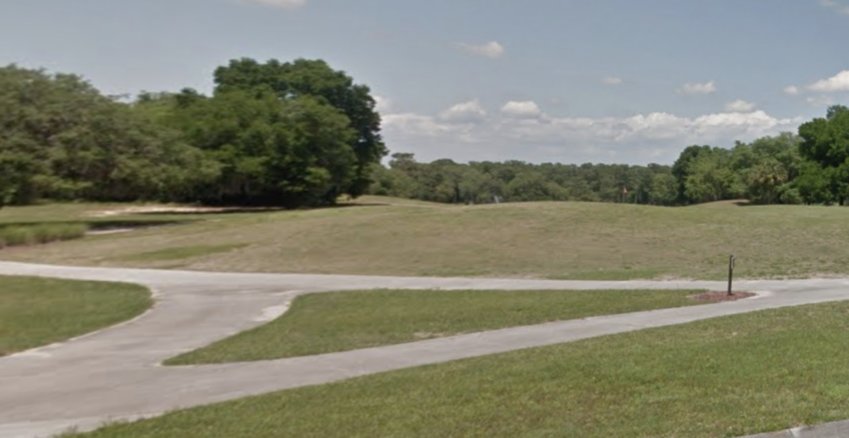 Mc Sweeney on rebuilding a golf course: "That may come over time but for now, just owning and passively using our new lands for simple recreation uses should be reward enough after waiting for over 16 years to have these valuable lands returned to our community. We lost these golf course lands once; we don’t want to be positioned to ever lose those lands again."[/caption]

He is also hesitant to speculate on developing another golf course on the vacant lands.

"Perhaps in the future, but not now when we can instead enjoy open land areas that support passive recreational uses in lieu of expensive sporting uses that are considerably more expensive to own and operate. That may come over time but for now, just owning and passively using our new lands for simple recreation uses should be reward enough after waiting for over 16 years to have these valuable lands returned to our community. We lost these golf course lands once; we don’t want to be positioned to ever lose those lands again."