Pence told without rapid reopening, ‘it’s all over’ for Orlando's hotel, tourist industry 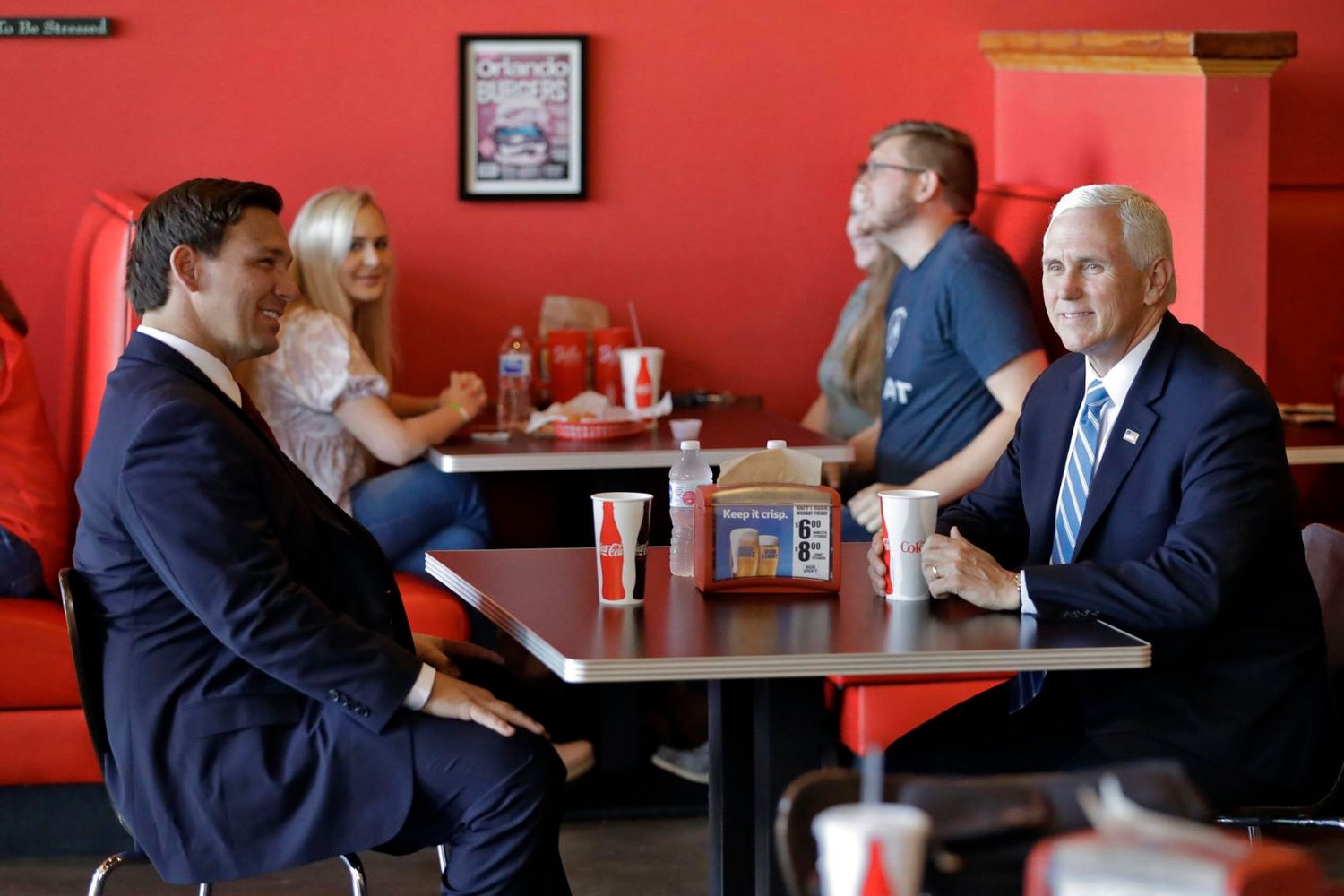 Central Florida hospitality and tourist business leaders told Vice President Mike Pence and Florida Gov. Ron DeSantis on Wednesday that mass screening is the key to getting the state’s biggest industry off the ground.

Rosen called on DeSantis to launch phase two of his reopening plan as quickly as possible.

“If we don't get people back to work quickly, it's all over,” Rosen said. “Orlando is suffering. Orlando is struggling.”

The state moved into “full phase one” of the reopening plan Monday, allowing retailers, museums, libraries and restaurants to expand indoor seating to half capacity.

"Let the owners of the establishment do what they believe is appropriate," Rosen said. "If they are sloppy and people enter the establishment and they're concerned, they will not patronize that facility. Isn't that what free enterprise is all about?"

The protocols could become standards of operation across the industry:

• All workers and visitors older than 2 years old must wear masks;

• Temperatures will be checked at entrances to keep out anyone with a temperature of 100.4 degrees or higher;

• A limited number of people will be admitted to allow for social distancing.

DeSantis has called on theme park and resort operators to begin formulating their plans for reopening.

Pence arrived in Orlando on Wednesday morning and dropped off personal protective equipment at Orlando's Westminster Baldwin Park, an upscale retirement community with no reported cases of COVID-19 as part of part of an “initiative to deliver PPE to more than 15,000 nursing homes across America,” according to his advance agenda.

Pence wore a face mask as the boxes of gear were unloaded from trucks, but he later removed it to address the media alongside DeSantis and federal Center for Medicaid and Medicare Services Administrator Seema Verma.

“Florida has done a truly remarkable job here because the people of Florida stepped up,” Pence said. “Your governor, your administration stepped up. You implemented the guidance not just for nursing homes, but for every American.”

Before attending the roundtable with hospitality and tourism leaders, Pence sat down with DeSantis at Beth’s Burger Bar for a burger and a photo op. Pence and DeSantis did not wear face masks, nor did workers at the restaurant.

According to Pence spokesman Devin O’Malley, patrons and staff at the restaurant were given temperature checks and questioned about whether they had symptoms before the vice president’s visit but were not given tests.