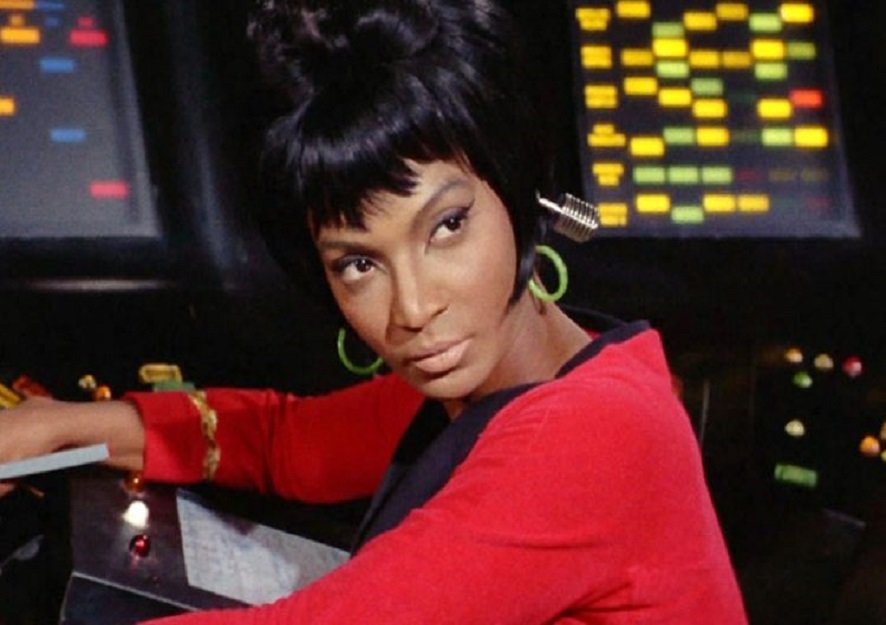 Orlando-based Stars North has announced that Shout! Studios has acquired North American rights to its documentary feature Woman In Motion, the inspiring true story of how renowned Star Trek actress Nichelle Nichols pioneered the NASA recruiting program to hire people of color and the first female astronauts for the space agency in the late 1970s and 1980s. Additionally, it chronicles her rise to fame and portrayal of Uhura on Star Trek, which marked one of the first non-stereotypical roles performed by an African-American actress. Her story has been praised for decades as one of the shining examples of the fight for gender and racial equality in America.

Directed by Todd Thompson (The Highwaymen, PRE FAB!), the film chronicles how Nichols transformed her sci-fi television stardom into a real-life science career when, in 1977, she embarked on a campaign to bring diversity to NASA. Nichols formed the company Women In Motion, Inc. and recruited more than 8,000 African American, Asian and Latino women and men for the agency. Notable astronauts that were part of the program included Fred Gregory, the first African American to command a Space Shuttle, Sally Ride, the first American female astronaut, and Ron McNair, the second African American in space, who perished in the Challenger accident. Nichelle and her program continue to influence the younger generation of astronauts as well, including Mae Jemison, the first female African American astronaut in space. Despite an uphill battle against a U.S. Government that was hesitant to let her get involved, Nichols persevered and is credited by NASA for turning it into one of the most diverse independent agencies in the United States Federal Government.

“This is a great American story with incredible global impact,” said Thompson. “Nichelle Nichols strived to create a brighter future for us all by proclaiming that space exploration is for everyone. It’s a simple but very strong statement that opens doors and allows all humankind to boldly go.”

“Nichelle Nichols not only was a trailblazer in Hollywood, she was a trailblazer for the future of our society,” said Ben Crump. “She took the fight for Civil Rights, diversity and inclusion and gender equality to new frontiers with NASA which continue to serve America’s space program today. She was ahead of her time."

“With America in what is hopefully a transformational moment, there couldn’t be a better time for this joyous and deeply emotional celebration of the remarkable Nichelle Nichols and her work to bring diversity to our space program. This wonderful film will continue Nichelle’s mission by inspiring all children to reach for the stars, whatever those stars may be.” said Jordan Fields, Vice President of Acquisitions at Shout! Studios.

A production of Stars North, Woman In Motion was produced by Thompson along with his Stars North partners Tim Franta and David Teek, with Nichelle Nichols as a co-producer and Benjamin Crump and Greg Galloway as executive producers. The film was written by Joe Millin, John McCall and Benjamin Crump. Curated By Media is packaging the film and Ben Crump will executive-produce for Brooklyn Media.

Shout! Studios has secured all North American rights to Woman in Motion, including theatrical, VOD, digital, broadcast, and home entertainment for cross-platform releases. Shout! Studios plans to launch this movie across multiple distribution platforms in 2021.

Stars North™ is an award-winning, independent, motion picture production company based in Orlando, Florida. The company actively pursues the development and production of original digital content and short and feature-length films, leveraging state legislative incentives that help support growth in the local economy and generate a continuous flow of work for cast and crew. Stars North™ is currently in production on a slate of both dramatic and documentary feature length projects including PRE FAB!, The Highwaymen, Del Shannon – The Runaway and What Hugh Knew.

Concourse Media is a content agency that offers entertainment and technology services for clients and brands. It facilitates the packaging, financing and licensing of content across all forms of distribution. More than ever, it continues its mission of being a filmmaker-focused agency that supports the creative process from a foundational level. Concourse was formed as a vehicle for content makers to thrive in, and its model centers on bringing a unique and diverse set of voices to the forefront of today’s entertainment marketplace.