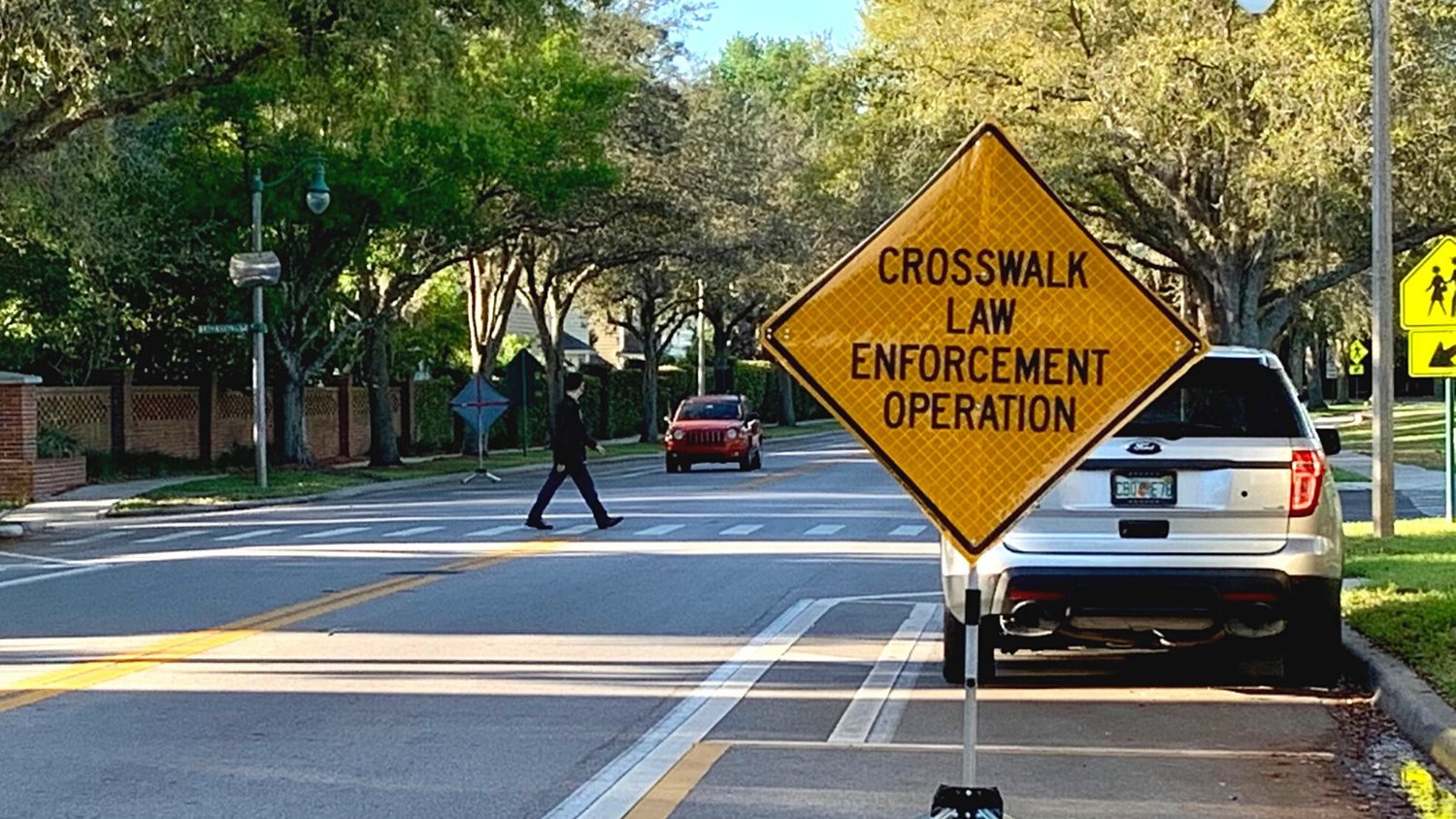 Be extra careful on Wednesday, July 28, as APD could be monitoring crosswalks associated with Apopka Memorial Middle School and / or Phillis Wheatley Elementary

For the first time, officers with the Apopka Police Department will join forces with law enforcement across Orange, Osceola, and Seminole Counties to crack down on drivers who fail to yield and stop for pedestrians in crosswalks, specifically near local schools. Local roads will become busier when hundreds of thousands of students return to classrooms starting the week of August 2nd. That's why officers and deputies plan to educate drivers who fail to stop and remain stopped for pedestrians in marked crosswalks as Florida law requires.

The Best Foot Forward crosswalk enforcement operation will take place on Tuesday, July 27, and Wednesday, July 28 from 7:15 a.m. to 12:00 p.m. at 15 heavily traveled crosswalk locations within close proximity to schools. Officers dressed in plain clothes will cross the street while uniformed officers monitor the crosswalk for drivers who do not stop for pedestrians or who take unsafe and illegal actions. Drivers failing to comply during Operation Best Foot Forward will be issued warnings or citations, which is a $164 minimum fine and three points on a driver’s license as Florida law requires.