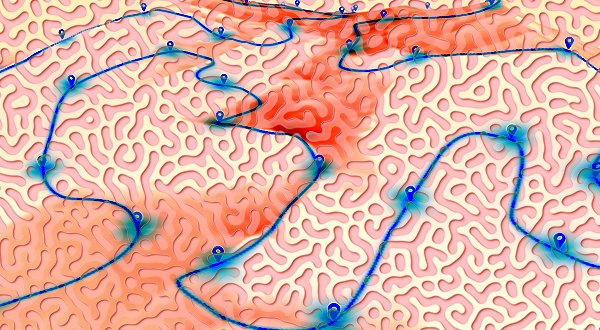 What if you could see your brain like it was a neighborhood in Google Maps?

Australia-based startup Omniscient Neurotechnology just raised $30m in Series B -- bringing its value to $295m -- to do just that, per Forbes.

So, brains are extremely complex

Omniscient co-founder and neurosurgeon Michael Sughrue describes the brain as gray matter -- the tissue where brain cells live -- and white matter, which consists of billions and billions of connections.

These connections cross back and forth and it all gets pretty complicated.

“It gives us the ability to look into someone’s brain, figure out what’s firing incorrectly and edit it,” Sughrue told Forbes.

In the future, there will be app stores for brain apps…

… and an operating system for brain data, predicts co-founder Stephen Scheeler. He says Omniscient aspires to be the “Google or app store of brain data.”

But for now, Omniscient will use the funds to expand its science, engineering, and sales teams; speed up R&D; and expand market access to its products.