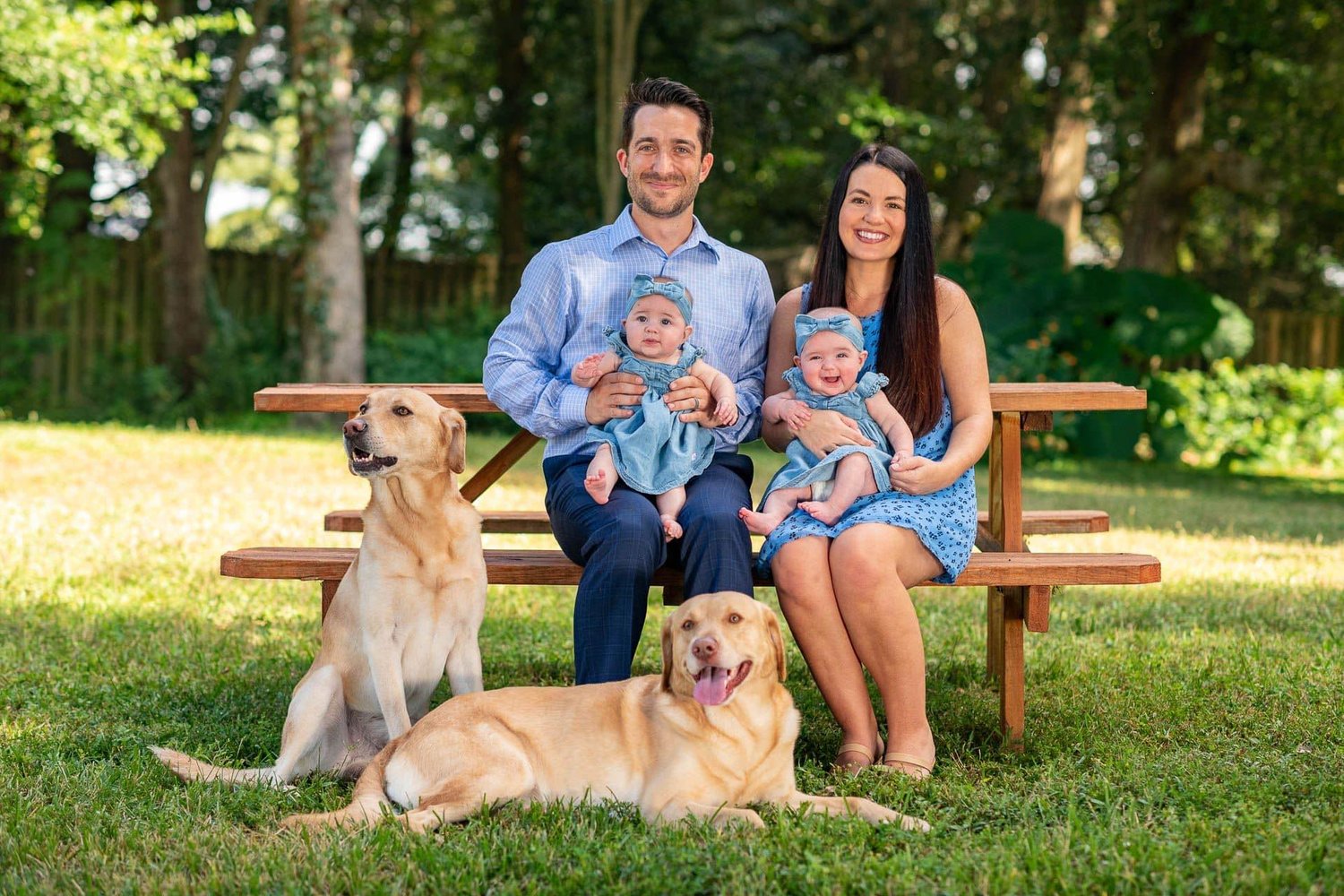 Nick Nesta introduced himself to Apopka politics in 2020 with a bid for Seat #2 in the city commission's special election. He finished a distant fourth place behind the eventual winner Diane Velazquez, but he did not go unnoticed.

In a "Meet the Candidate" section in The Apopka Voice, Nesta stood alone in criticism of the Orange County Public School Board for not managing Apopka schools with the city's fast-paced growth.

"To ensure we are not outgrowing our schools, we must have an advocate on the City Council level that understands how to represent the City to Orange County Public Schools," he said. "They have built schools that are functionally obsolete the first day they open. We are building faster than the school board can keep up, and that is not a development issue. It is a school board failure. We also have infrastructure that is being used more than ever before, and we, as a city, need to keep up while budgeting for the increase in use."

It's an opinion that the City Council later echoed during a meeting on July 7th, 2021.

Nesta filed to run for Seat #4 on the Apopka City Commission, which is currently held by Commissioner Kyle Becker, who is running for Apopka Mayor and will have to vacate Seat #4 after the 2022 elections. The winner of the special election will complete Becker's term, which runs until 2024. Nesta is currently the only candidate running for the seat.

I sat down with Nesta at the Canon Coffee House for a 45-minute interview. He is concise, business-focused, and sees himself as a candidate that can find common ground and bring the residents and City Council together. He's also proven he isn't afraid to speak his mind or wade into controversial subjects.

"The reason I'm running is similar to the last time I ran," he said. "I want to be a bridge. We need somebody to fill the shoes of Commissioner Becker. And we need somebody that's going to be able to work with whoever gets either re-elected or elected as mayor... and someone who can work with City Council. Having worked on this deal for Harmon Road, I have a really good rapport with all the commissioners."

Nesta, 31, has lived in Apopka since 1994. He's been a local real estate broker since 2009. He went to Trinity Christian School, Piedmont Lake Middle School, Apopka High School, and the University of Central Florida for undergrad and graduate degrees in real estate.

Not just a bedroom community

Nesta thinks his blend of business skills and community service is what it would take to be an effective member of the city commission.

"I care about this community," he said. "My entire life is based here. My kids were just born here. I care about their future. I want to make sure that the trajectory of this city is beneficial for them... that it's not just a bedroom community anymore. It's important to me to be part of how the local government is growing our city and how it affects each of us. I love being in Apopka and if I feel like if something needs to be different, then you have to be a participant." Furthermore, I have a very good understanding of business, as well as real estate. That's one of the biggest hurdles right now on City Council is that while they understand real estate... to have a person with a deep understanding of it, I think it's key to benefit the city and to understand how to impact real estate transactions correctly."

Nesta also believes the role of the City Council should go beyond millage rates, budgets, and reserves.

"The City Council is a lifestyle creator," he said. "Yes, they do set budgets, but they're also creating the lifestyle that Apopka citizens have. Is it good? Is it bad? Are our streets good? Do we like driving on them? Do we have events that are hosted by the city that we can go to? Are the parks safe and well-manicured and fun to go to? It's lifestyle creating, which I think is an absolutely incredible way to look at it - we're creating lifestyles, we're making sure that everybody is doing the best they can, and enjoying their lives here. That's the key. And that's the whole point of what everybody wants... more restaurants or more retail here. That's the reason because you want to create a better lifestyle for everyone."

Is there a middle ground for Economic Development?

Nesta's call for a better lifestyle certainly transitions into his thoughts on economic development in Apopka. And despite the fierce debate on City Council, Nesta sees common ground.

"Economic development has to have a very strategic plan," he said. "I know there are council members with different views. I know one commissioner is calling for an economic development director (EDD). I think that's a great idea. But I know the mayor says he is a 'shake the hand of the guy' that can actually make the decision... which how can you say no to that? But the mayor is also running the city... so it's hard for him to be doing the EDD role. I think an EDD could go hand in hand with a mayor that's going to be also outreaching. So that's kind of where you find that middle ground... where it's not just the EDD's duty, it's also with the mayor in hand. I think it's a mix that would benefit us the best."

The budget and millage rate were also contentious subjects on City Council this cycle. The debate was whether to keep the millage rate the same as the last budget and utilize an additional $400,000 in revenues, or lower it one-tenth of a mill and give the residents a modest refund. But Nesta isn't as focused on the tax rate as he is making certain the city is properly funded, and the residents have a quality of life.

"If the city has needs, whether it's infrastructure or better staffing... we need to decide whether or not we need to use those numbers," he said. "And $400,000 over 55,000 people, that's not a huge savings. I mean, it's savings, don't get me wrong, but if we can create a better lifestyle for everyone? I'm all about spending the money for it. That's my key and that's why I think the Council's role is to make a better lifestyle for everybody... and if we can do that through raising [the millage] just a little bit or keeping it the same, I think $400,000 can go a long way towards building a better lifestyle versus just giving us savings."

The will of the people and RSR

The will of the people is the battle-cry most politicians and elected officials use when they are faced with difficult issues. Nesta certainly has an ear for public outcry but will go beyond popular opinion to arrive at what he thinks is the best decision for the community.

He uses Rock Springs Ridge (RSR) as an example. When the Homeowners Association and the owners of the golf course lands at RSR proposed a three-way swap of city-owned property and the golf course, the popular opinion was to let the deal happen.

"I think that just recently came up in the fact that I had the data of what the Harmon Road city-owned property is. I knew that it was worth more than what the city did at the time. They thought it was worth $2.5 million. The Rock Springs Ridge HOA wanted to buy it for $2.5 million... no problem... will of the people in that area, and I live in Rock Springs Ridge... sell it for the appraised value, we're okay without having more data."

But Nesta tested the property on the commercial real estate market and found it was valued well over its appraised amount.

"It wasn't the right choice," he said. "You're leaving $4 million on the table for lack of understanding, and although that was the will of some people, it doesn't benefit the city as a whole. And I think that's the problem, especially in a city with 55,000 residents. We're not all going to have one cohesive opinion, but I know we definitely don't want to waste money. We don't want to leave money on the table. And we were doing that... so I think that was an example of where I would go against the will of the people if I have the data that proves the alternative, then I will stand up for that."

What a City Center should be

Nesta is also calling for more action and transparency on the Apopka City Center deal with Taurus Investments.

"It's in the name... a city center should be where everyone's coming and gathering and it should be a place of retail businesses that all have a synergistic value that all can benefit from each other and that people want to park and hang out and create a better lifestyle for Apopka that's a hub for us to go and do commerce and to hang out and to eat and have my kids play."

But what Nesta sees so far is not a traditional view of a city center.

"I'm not sure this aligns with what I feel a city center should be... what the plans are right now. We haven't seen anything... nothing's been built, and that's my other issue. I'm seeing apartment complexes. I'm seeing other developments flourishing... we have a brand new Publix. This is just taking its sweet time and the citizens of Apopka are getting frustrated with a lack of movement. That's evident. You can tell the frustration at the City Council level as to what are we doing? What's happening? And I think it goes back to transparency and communication."

Nesta returns to the idea of an EDD spearheading the city center as a better way to get things moving.

"I think this goes back to the EDD... they'd have a lot of say in this... and a lot of input, and they'd be able to bring in some really incredible tenants to be able to fill these spaces before we even build it. And maybe that is in the works. But again, open communication. I'm not sure we know where the City Center is going right now."

Election day in Apopka is 120 days off, and it's unlikely that Nesta will win Seat #4 unopposed. But in the meantime, he is crafting a platform and a reputation that might make him far more competitive than in 2020.

" I want to be the voice and the bridge to the community to tell them 'here's your answers... here's what's happening... here's where we're going.' So that it's not just 'we're figuring it out.' That's the most frustrating answer anyone can get. So I want to make sure we have answers for what people are asking.... and the plans need to have details. I think that's our biggest issue. I think I can be that person to hit the ground running, and understand the issues the city is going through right now."