Nelson confirms he will run for re-election in 2022 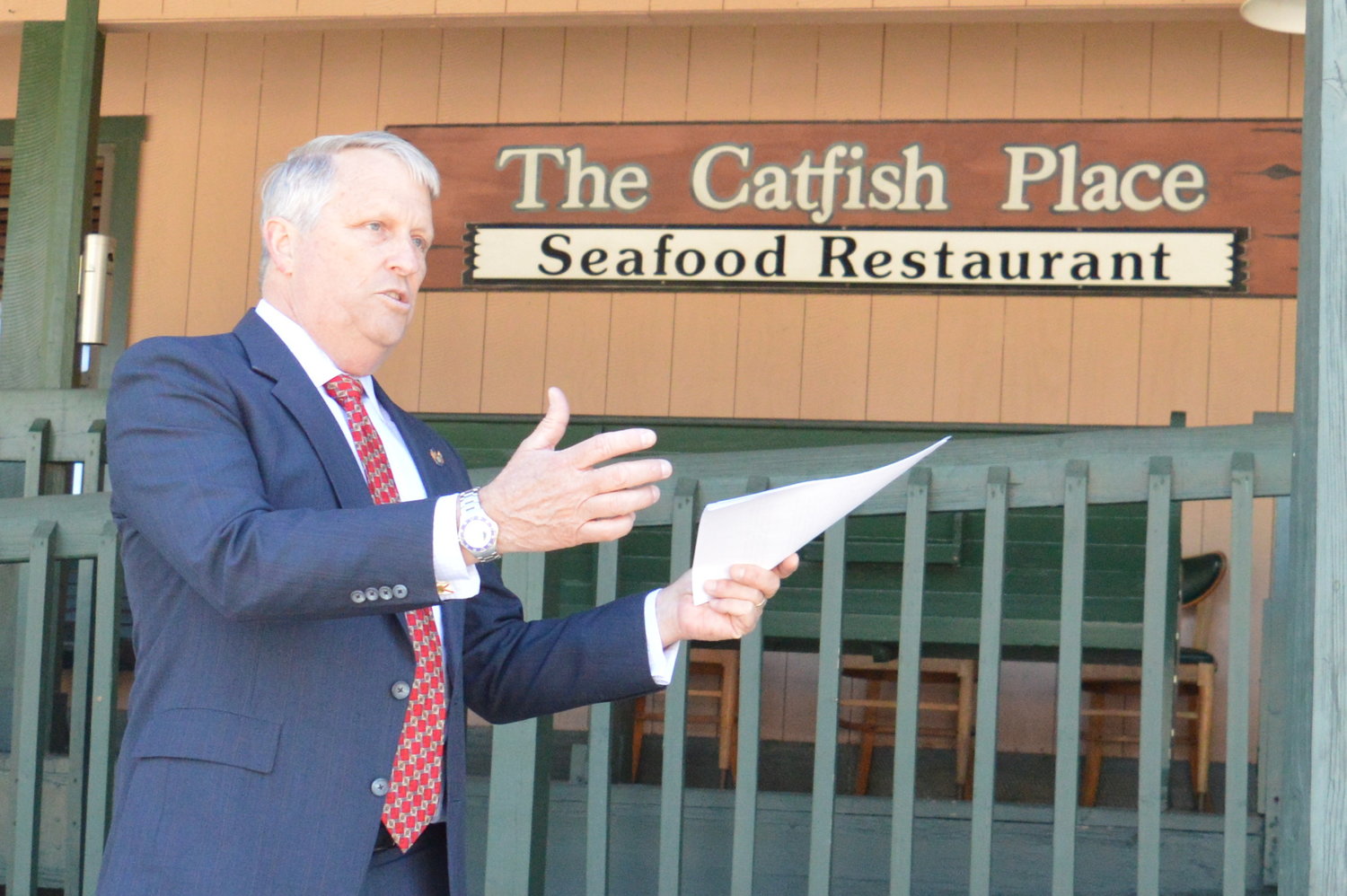 Part One: The race for mayor

It was a mild Spring morning in March of 2017 when Bryan Nelson announced his candidacy for Mayor of Apopka. Before a small, but energetic crowd at The Catfish Place, he made his case and started the campaign season of 2018.

“I am excited about the opportunity to serve in a new role and will bring my passion for our city to this campaign," he said. "I want to work on what we can do to make Apopka a better place to live, to work, and to play.”

A year after his announcement, Nelson defeated incumbent Joe Kilsheimer with 63% of the vote, becoming Apopka's 25th mayor.

And now, four years removed and a million miles down the political trail, we are right back where we started with another election cycle upcoming.

In the history of this city, only eight men have served more than four years as mayor. That's not a surprising statistic given John Land broke state and national records for longevity with over 61 years in office. You have to go back to the 1941-46 term of Mayor Leslie P. Waite, to find another multiple-term mayor in Apopka.

Will Nelson be the ninth?

The 2022 Apopka Mayoral election is less than a year away. At this point in 2017, Kilsheimer and Nelson had already announced their candidacies, and the race was on. This year, no one has publicly announced their candidacy for either mayor or city commission in Apopka. The delay in announcements could be attributed to the pandemic still dominating the headlines, or the difficulty in maintaining a candidacy for almost a year, or the traditional campaigning season in Apopka that is typically 90-100 days. But whatever the reason, it will not stop the speculation of who will run, won't run, or might run for office next year.

The rumor mill churns in Apopka politics with or without confirmed candidates, and The Apopka Voice is primed to get started.

We begin our Apopka Elections 2022 coverage with a three-part series beginning with the top of the ticket - who is running for mayor?

And the first person we asked gave a not-surprising response.

The Apopka Voice has learned that Bryan Nelson will run for a second term in 2022 as Mayor of Apopka.

He sent us this 325-word statement in response:

"As I reflect back on the three years I have served as Apopka’s Mayor I realize how far our team has come to achieving the goals that I ran on for the city that I have called home for my entire 62 years. For the last three years, as the analogy goes, we have stopped water from pouring in from multiple leaks in the boat and are beginning to turn the boat toward the sun and a brighter future."

Nelson envisioned making this decision later in the year, but he fully expects to run for a second term.

"Although I wasn’t ready to announce my run for re-election this early, I have every reason to believe that I still have more to accomplish and a second term would put the city in a position to be successful long term. Our financial house is finally on sound footing by reducing the debt by over eight million dollars in the last three years. We have increased transparency in City Hall and Finance and gotten buy-in from our staff to implement policies and procedures that will guide our decisions into the future."

"We have renegotiated a cumbersome Town Center agreement and are making progress to fix a bloated $65 million-dollar Wastewater Treatment Plant contract. In my next four years, we could see the completion of the Floridian Town Center at 429, Kelly Park Crossing, the Lake Apopka Resort Center, and the Industrial Complex at the North Orlando Airport which could create thousands of jobs. We have finally repaired all of the leaking roofs that have been neglected for years. We will continue to add streetlights and sidewalks to make our city more bikeable, walkable, and ultimately safer for everyone."

He also referenced work to be done in South Apopka, and his hope to continue as mayor in 2022.

"We will continue to put financial and personnel resources into South Apopka to provide more opportunities to be successful. In short, our team has made tremendous strides to put the city on a path to prosperity and I would like to continue to lead our city for the next four years."

In Part Two: Who are Nelson's potential challengers?