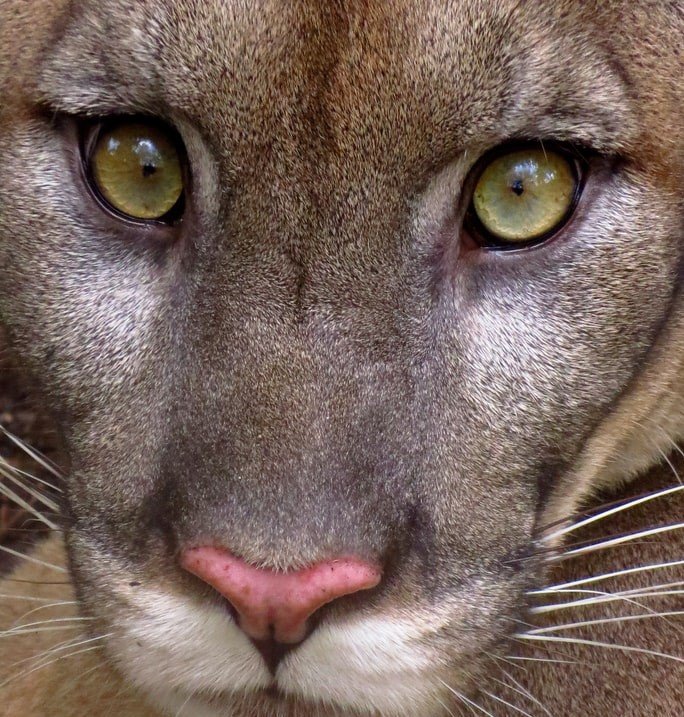 If you agree with opinion below, email the refuge your comments before the end of this week to Floridapanther@fws.gov. The cutoff was supposed to be Tuesday but they’ll accept them for a few more days because of Tropical Storm Elsa.

Sometimes I think Florida should hold a regular competition for the The Most Laughably Bad Idea of the Year.

Some years, the competition would be pretty fierce because hey, let’s face it, it’s Florida.

In others, the winner would be easy to pick. In 2011, for instance, no other competitor came close to the proposal by a pair of legislators for the state to pay Jack Nicklaus to build golf courses in our award-winning state parks. After a week of relentless mockery, then-Sen. John Thrasher and state Rep. Patrick Rooney Jr. withdrew their bills.

This year, so far, I think the leading entry comes from the U.S. Fish and Wildlife Service, which is pushing a new “Visitor Use Plan” for the 26,000-acre Florida Panther National Wildlife Refuge, which lies about 20 miles east of Naples.

It’s not as bad as building golf courses in state parks, but it’s close.

Panthers, our official state animal, are notoriously shy. Wherever people are, that’s where panthers do not want to be. Sometimes they don’t even like being around other panthers.

But the federal wildlife agency has come up with a plan to open the refuge to allow off-road vehicles, mountain bikes, camping, fishing, drone-flying, commercial filmmaking, commercial tour groups, and, for three weekends a year, turkey hunting. This would mark the first time in its three-decade history that the refuge has thrown its doors open so wide.

“To me, it’s insane,” Matthew Schwartz of the South Florida Wildlands Association told me this week.

Anyone who takes the words “panther refuge” literally is likely to be surprised by the notion that the government wants to invite a whole lot more people to make themselves at home where the panthers roam.

The federal wildlife agency set up this refuge in 1989 specifically to provide the panthers with a place that’s protected from the humans intruding on them everywhere else. According to onetime Everglades fishing guide Franklin Adams — who, at 83, jokes that he remembers “when the Dead Sea was just sick” — the refuge was supposed to make up for the feds allowing Ford Motor Co. to build a 6-mile-long test track on 531 acres of panther habitat.

For 30 years, the refuge has accommodated our bashful cats by barring humans from nearly all of its acreage, except for a couple of short hiking trails in one corner.

This plan will change all that.

Imagine how these endangered animals will react to hearing the shotgun blasts of the hunters, the roar of off-road vehicles, the buzz of drones, the clatter and chatter of guided tours running through the woods.

“We don’t think this is compatible with what the refuge was set up for,” Amber Crooks of the Conservancy of Southwest Florida told me this week. Given all the development going on everywhere else, “we want to keep the refuge as a true sanctuary.”

Ironically, one of the arguments I heard for allowing this human intrusion is that there’s been so much development in the region. The plan’s fans say the refuge is one of the few places remaining where humans can pursue their passion for outdoor recreation.

“Quite frankly, with 1,000 people moving in every day, we are in sore need of more and more access to more areas because the more people move in, the harder it’s going to be to access those areas, and we need to have these areas opened up,” Rebel Yelp Outfitters owner Chuck Echenique said during a May public hearing on the refuge proposal.

You know who’s responsible for allowing developers to wipe out thousands of acres of panther habitat that was also good for outdoor recreation?

Turning a refuge into an island

I toured the refuge about 10 years ago. My guide was Larry Richardson, a biologist with the Fish and Wildlife Service who has since retired. He told me he did his master’s thesis on the “acoustic behavior” of white-tail deer.

I told him I didn’t know deer made any sounds. He opened his mouth and made what I can only describe as a plaintive beep.

“They bleat, they grunt,” he said. His thesis became popular with deer hunters, he said, explaining, “You go in sporting goods stores and they’ve got these calls now, and they use the names I gave them, like ‘The Snort Wheeze.’”

In his pickup, we bounced along old logging trails from before the refuge opened, scaring up flocks of wild turkeys. On foot, we searched the trees for delicate little native orchids with names like “jingle bell.” We trekked through thick muck, startling a three-foot alligator, and then a six-footer half in its hole. We were stared at by a buck and two does that didn’t seem to be the least bit scared of us.

The one thing we did not see were panthers, but I wasn’t surprised. They tend to be nocturnal and, as I mentioned, shy.

Richardson told me he had carefully cultivated a large deer herd at the refuge, at that point numbering about 400, because they’re what panthers most like to eat. (Panthers are to deer as I am to barbecue ribs.) When the refuge opened, he rarely saw any panthers but, as the deer herd grew, they began moving in.

These days, at least a dozen panthers — out of an estimated 120 to 230 — use the refuge as part of their home range, according to Kevin Godsea, now the refuge manager.

By protecting the land for the deer and panthers, the refuge has attracted other wildlife: 126 bird species, 46 species of reptiles and amphibians, 22 species of mammals, and lots of fish.

While showing me around, Richardson said he worried that the refuge was becoming an island amid a sea of suburban sprawl. To get to the refuge’s headquarters — then housed in a Comfort Inn off Interstate 75 — I had to drive by a bunch of brand-new subdivisions, all of which had paved over the panthers’ homeland with the blessing of the Fish and Wildlife Service.

Plenty more are on the way, too. Collier County officials recently okayed what is basically a whole new town about a mile from the refuge.

Schwartz said the thing that blows his mind is the timing of the refuge’s plan to open itself to more people even as more development looms nearby. Just when the panthers will be more in need of a refuge than ever, the refuge will become less welcoming to them.

Godsea’s agency could have stemmed this surge of new residents into the farm fields, citrus groves, pine forests, and cypress swamps. But rather than act as a gatekeeper, it has functioned more like a welcome mat.

Here’s how things work: When a developer wants to build in the habitat of an animal protected by the Endangered Species Act, the federal wildlife agency has to issue an opinion on whether the project will jeopardize the animal’s future.

The last time the Fish and Wildlife Service issued a “jeopardy” opinion on a project in panther habitat was 1993. Through the ’90s and 2000s, federal panther biologists tried repeatedly to convince their bosses to object to developers’ plans, but again and again they were overruled. The agency always said yes to development, often basing its decisions on junk science or manipulated figures.

Godsea tried to give the building boom a positive spin during the public hearing.

“We’ll probably have another 10,000 new neighbors at some point in time soon,” the refuge manager said, adding wistfully, “Those are all potential volunteers to the refuge.”

You have HOW many?

During that hearing, the hunters made it clear they were not concerned about how panthers would react to them riding around on off-road vehicles blasting away at their fine feathered targets.

“There’s absolutely no reason not to have humans on national wildlife refuges,” said Newton Cook of United Waterfowlers of Florida. “Humans and panthers have interacted for eons.”

This is true — if by “interacting with panthers” you mean “running over panthers with their vehicles.” There’s been a lot of that — 17 last year, 27 the year before.

My complaint here isn’t about hunting per se. I grew up in Florida hunting and fishing with my dad, so I understand how this is an old-fashioned (and noisy) way to build family bonds. Same thing with camping and hiking. They’re fine where appropriate.

What bothers me is the idea of bringing lots more people into a place that should be devoid of them. How many more? No one knows.

When I talked to Godsea, I asked how many people the plan would try to accommodate. He figured 4,000 would use the new hiking trails and 100 would take advantage of the hunting opportunities. He had no idea how many would want to fish, fly drones, or sign up for commercially run guided tours. Another 1,000? 5,000? 10,000?

The plan also envisions lots of new construction for these visitors — a new headquarters building and visitor’s center, an observation tower, miles of new trails, and so on.

What I can’t figure out is how the refuge plans to pay for that. There’s no money for even repairing the existing facilities, Godsea said, because the budget for all the nation’s refuges has been flat for the past decade.

Speaking of budgets, the biggest problem with inviting thousands more people into the refuge may be the lack of people to oversee them.

Both Elizabeth Fleming of Defenders of Wildlife and Becca Bryan of Friends of the Florida Panther Refuge pointed out that the full-time staffers charged with riding herd on this human stampede numbers exactly two. That’s barely enough to clean the bathrooms regularly.

“They can’t even keep up with their regular maintenance now, without any visitors,” Fleming pointed out. “It’s not realistic.”

I couldn’t believe this was true, so I asked Godsea about it. He confirmed that although the refuge once had a dozen full-time employees, that number has dwindled to two, with a couple of temps to back them up.

How would you like to be one of those two khaki-shirted government employees assigned to deal with thousands of visitors busy littering, chasing the deer, wandering off the trails, getting bitten by gators, plucking the jingle bell orchids, and, occasionally, shooting at the wrong thing? (Hey, it happens.) Oh, and meanwhile trying to protect panthers from all of the above.

This is why I think the refuge plan should win The Most Laughably Bad Idea contest this year for inviting a ton of people into a refuge that’s supposed to protect our state animal, and only having two permanent employees to supervise them. How does that make sense?

If you agree, email the refuge your comments before the end of this week to Floridapanther@fws.gov. The cutoff was supposed to be Tuesday but Godsea said they’ll accept them for a few more days because of Tropical Storm Elsa.

For those folks who were so vocal about wanting to get out on the refuge, I have a suggestion: Instead of bugging the staff to let you in for your own selfish pursuits, why don’t you become a volunteer? Go out and spend your free time helping those two employees (and two temps) with their chores — maintaining the trails, fixing the fences, etc.

Who knows? Maybe after you spend some time out there improving things, the panthers will want to hang out with you. Just don’t try to pet them.

City Commissioners: There is still work to do on this budget