Meriweather returns to Apopka and the people he loves 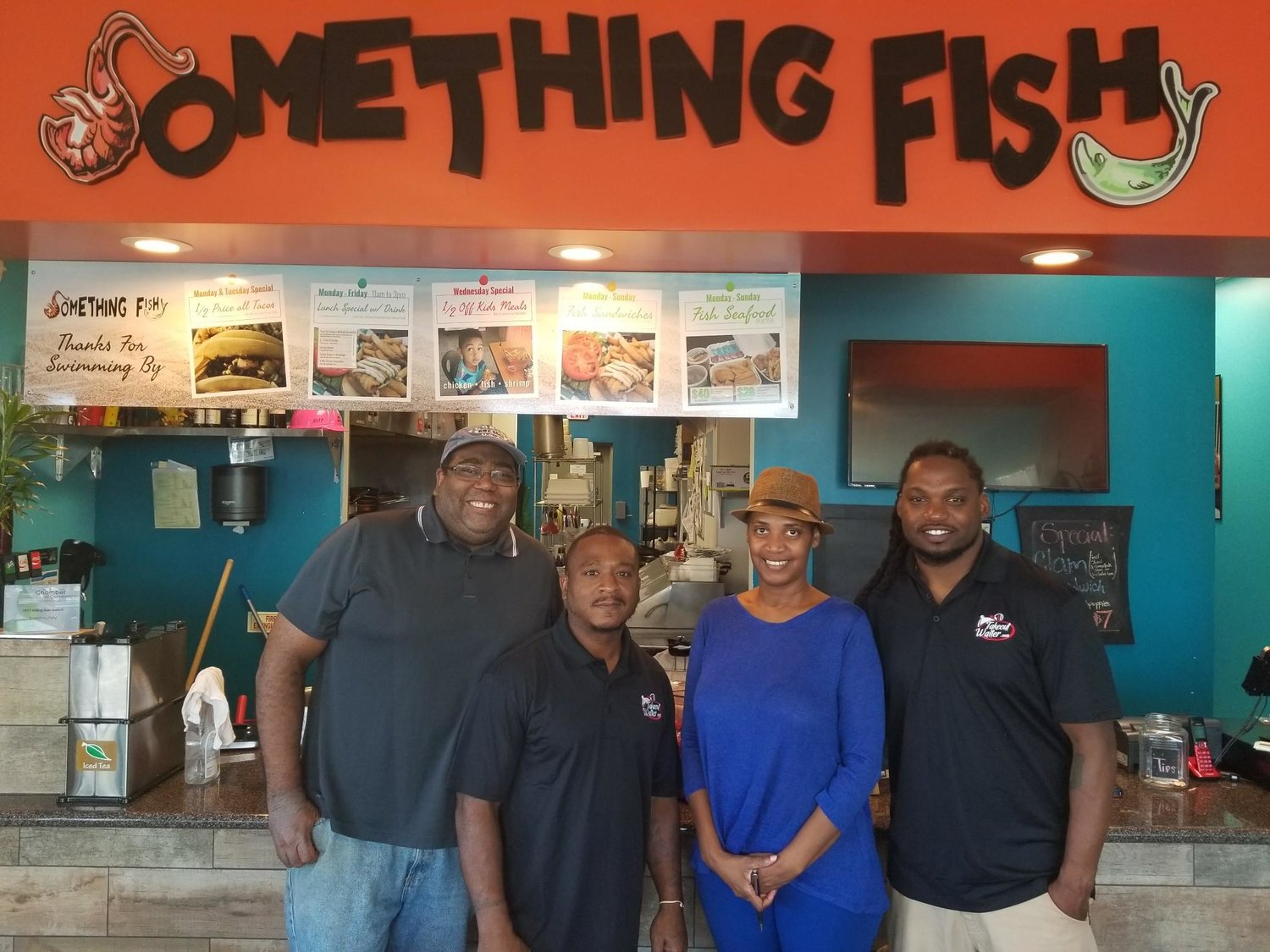 Brandon Meriweather is a great guy. He played a hard-hitting brand of football that he carries throughout his life, but never lost his heart of gold as it applies to his family and friends.

In his storied football career, Meriweather helped lead the Apopka Blue Darters to the their first state championship in 2001. At the college level, he played for the Miami Hurricanes where he was named to the All-America team and played in the Senior Bowl.

In the National Football League, Meriweather was drafted by the New England Patriots, competed in a super bowl, and two pro bowls before retiring from the NFL in 2016.

And if he never stepped on a football field, he would still be a great guy.

Meriweather and his cousin Shedric Payne bought an Apopka-based delivery service called Takeout Waiter that brings local restaurant food right to your front door. If you aren't using this service, you should be.

Meriweather played in a Super Bowl and two pro bowls while on the New England Patriots.

But Meriweather, while excited about the opportunity, took on this venture to help out his cousin.

"I told him I'll put the money up as long as he works it," said Meriweather. "And we'll split the profits 50/50, and it will be great for both of us. So we met with the owner and a week later we bought the Apopka franchise."

Payne is grateful for the opportunity to partner with his cousin.

"I had a troubled background, but I kept going, kept pushing and kept trying," he said "But I never gave up. And it's great working with Brandon."

The two cousins grew up together. They lived in the same house as children for seven years, and the bond between them is evident.

"Apopka is home. My daughter is here. My family is here. Everybody I love is here."

Meriweather also wants to spread the idea of entrepreneurship to his fellow NFL players, who he fears could run through their savings quickly in retirement.

"Life after football is difficult, but I want to bring other players into this. I know they are going to need avenues to spend their time. Because when you retire, there's nothing to do. It's hard to find something to do after you retire. That's why a lot of former NFL players go broke. What do you do after you retire. Most of us don't have work experience. I never had a job in my life. A lot of NFL players sit at home and spend money after they retire. They have a lifestyle of spending money, and if they can't stop, they eventually go broke."

Meriweather played during a golden age of football. He was teammates with Tom Brady, and lists his most noteworthy events as interceptions of some of the great quarterbacks of all time.

"Playing in a Super Bowl and pro bowls were memorable, but picking off Brett Favre, Peyton Manning, and Drew Brees were the most memorable moments. Those guys are legends."

Despite stories like those that could keep football fans on the edge of their seats for hours, he says the most interesting thing he has done was his first delivery for Takeout Waiter.

"I always knew how to play football. That was normal to me. But my first delivery was completely out of my comfort zone. First, I had to find the restaurant, but my GPS took me to a neighborhood nowhere near it. But I have a great dispatcher, who guided me back to the right place."

However, finding the restaurant was only half the battle.

"I walked in and the restaurant had never done a delivery either. So I didn't know if I needed a receipt, and I forgot my hot bag in the car... but we got through it. Lenny (the dispatcher) walked me through the process."

He also remembers his days as a Blue Darter, and the leadership that a brand new coach named Rick Darlington meant to him.

"When Coach D (Darlington) first got to Apopka, it was like an immediate change in atmosphere. We were doing tests and running drills we never did before. It was the first time I was ever nervous when it comes to football, but he was making us better players."

There was also a moment of trust that Darlington showed in Meriweather that he never forgot.

" I remember going into a game. We were playing Colonial, and one of the coaches said I wasn't starting, but I was going to play a lot. Coach D came up to me and asked if I was ready and I said 'yeah'. He looked at me funny as if he sensed something, and asked if I was starting, and I told him no but that the coach said I was going to play a lot. He walked away, and about five minutes later that same coach approached me and said 'you are starting'. I knew it had to be Coach D telling him to start me. That was the first time he stuck out his neck for me. He showed he believed in me and I played my heart out for him. And it worked out great from there."

According to its website, Takeout Waiter is a nationwide network of franchisees that locally own and operate restaurant delivery services like a family business. Local owner operators focus on enhancing their community by driving new delivery sales for local restaurants, creating delivery jobs for local citizens and most of all providing a convenient meal delivery service to residents and office workers that will save them time and hassle while improving their quality of life.

"This is good for the community job market too," said Payne. "It's bringing jobs to the area. You can be your own boss when you drive for us."

Takeout Waiter delivery charges average $4.99, but may vary based on size or distance. The delivery times average 45 - 60 minutes, but may be faster or longer based on traffic, weather or restaurant cook times.

"That's one of the best parts about us - the delivery fee is inexpensive," said Meriweather. "It's only $4.99 compared to much higher charges from other delivery services. We also have a variety of restaurants."

Payne also notes that when you order from them, you are investing in a local owner that lives and works in the Apopka community.

"You are supporting a local restaurant that employs people and feeds your local community and you are paying and supporting a local driver that lives and works in your community... not a large faceless tech company that has never been to your town, much less met the restaurant partners nor the drivers that take the orders you give them. The bottom line is when you order from Takeout Waiter, you are investing locally."

And investing locally is what Brandon Meriweather is all about.