Life or death? It depends on who's in power... 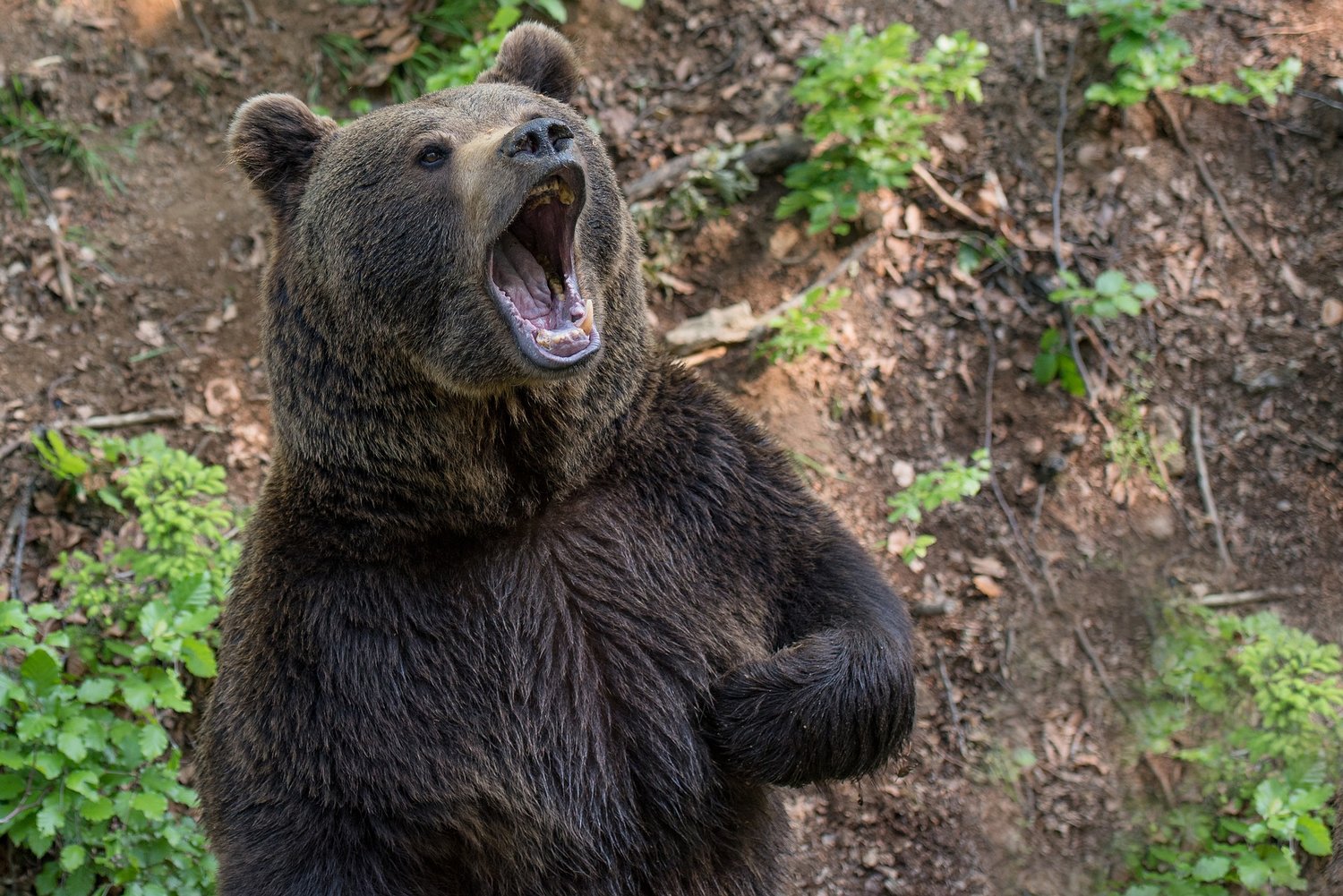 The black bear, a mature male weighing 350-400 hundred pounds, was so angry he was cussing at me like my ex-wife. At least that's what I think he was doing.

And then he charged.

For me to run at a time like that would be futile, and an invitation to a race I could not win. I mean, he would be on me in a flash! But just perhaps he was bluffing...?

With that thought in mind, I stood my ground.

He stopped so close I could see the red flecks in his eyes and the slobber on his lips. He popped his jaws, chuffed, and slapped the ground. Yeah - he was really ticked off! But I stood still and talked to him.

He was standing sideways to me, trying to make himself appear larger, I suppose. And then, he turned his back and began walking away... only to turn back and charge again!

I knew that if he decided to carry out his threats he would be on me in a blink of an eye. But thankfully...finally... deciding that he had taught me a lesson, he strolled away to vanish into the thick underbrush surrounding us. I could still hear him popping his jaws and making chuffing noises... and then all was silent. It was then that I began breathing again.

And I have never felt so alive.

Experiences like this put us to the test and challenge us. But that day, I learned something about myself... and about another powerful being...

When I go before our infinite God in prayer, I realize that I am in the presence of absolute power... and I feel alive!

God is waiting for us to come to Him. No! He yearns for us to come to Him! The bear could have killed me that day, but that power is a far cry from our Father's! His is the power of love. And our Papa God doesn’t want to kill us in any way - not our hopes, or spirits, or anything - far from it! He wants to give us abundant life.

So be still my friend, and know: You are in the presence of the most high God, and he can't wait to love you all the way to abundant life.