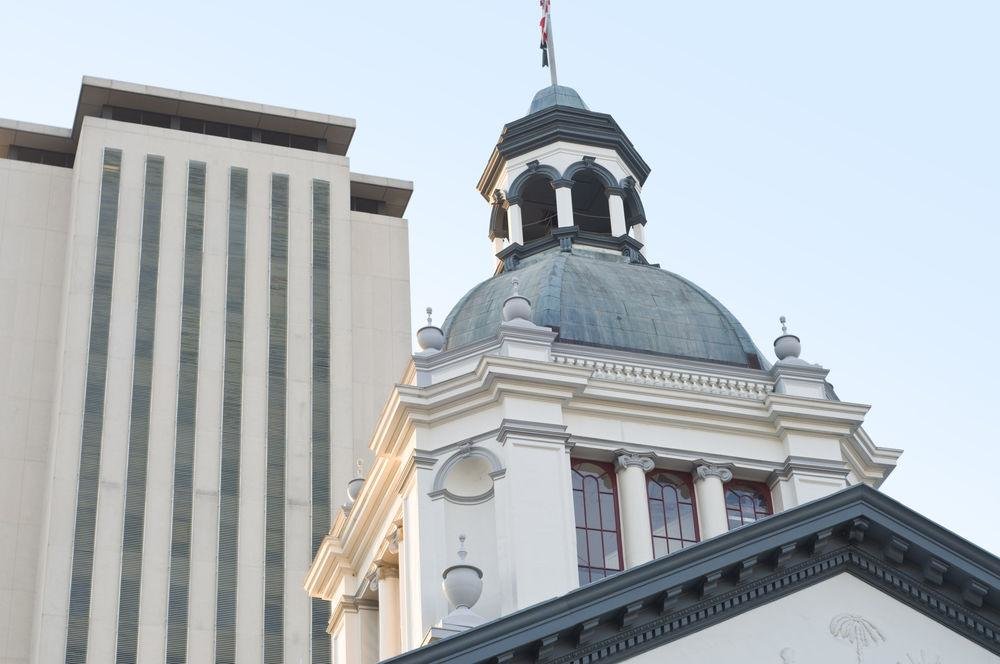 With a week to go before Election Day, battles over three of the six proposed constitutional amendments on Florida’s ballot are going down to the wire, with supporters and opponents doubling down in late cash plugs to boost their causes.

Three proposed amendments appear poised to pass with relatively little controversy. Two – Amendment 5 and Amendment 6 – were placed on the ballot by lawmakers during the 2020 session, and Amendment 1 secured its spot through a citizen initiative.

Amendment 5 would extend the portability of Florida’s homestead exemption from two years to three, and Amendment 6 would allow a homestead property tax discount to be transferred to the surviving spouse of a deceased veteran. Both have drawn little attention, and polls indicate they are likely to garner the needed 60 percent majority to pass.

The measure raised eyebrows because it is similar to proposals in other states and supported by Florida Citizen Voters, founded by John Loudon, a former Missouri state legislator and adviser to President Donald Trump’s America First policies. The committee raised $5.84 million in contributions, according to the Florida Division of Elections (FDOE), to get enough signatures to get it on the ballot.

Amendment 1 has drawn scrutiny to ensure there isn’t some hidden effect beyond what it proposes, but the measure is likely to pass.

The remaining three proposed amendments, also placed on the ballot by citizen initiative, have been contested heatedly, with polls showing all three face challenges in securing the necessary 60 percent majority.

Florida for a Fair Wage is led by John Morgan, a prominent Orlando trial attorney who also spearheaded the 2016 measure that legalized medical marijuana. His firm, and the SEIU Florida labor union, has contributed nearly all of the $5.63 million in campaign contributions to support the measure.

“NO ONE can live on $8.56 an hour. Period,” SEIU recently tweeted. “Voting YES on Amendment 2 will FINALLY raise the minimum wage to $15 an hour, and provide Floridians with wages we can all live on.”

The measure is opposed by Save Florida Jobs, created by the Florida Restaurant & Lodging Association (FRLA), which includes representatives from Walt Disney World, Universal Orlando, Olive Garden parent Darden Restaurants and McDonald’s on its board.

Save Florida Jobs has raised $616,745 in contesting the measure, citing numerous studies that say Amendment 2 would be a disaster for the state’s economy and for those it purports to help most.

According to an analysis by economists Dr. William Even of Miami University and Dr. David Macpherson of Trinity University, the state’s hospitality industry could shed as many as 181,000 jobs if the measure is passed.

A Florida TaxWatch study from September said the measure would create “winners and losers.” State economists, in their fiscal analysis of Amendment 2, said raising the minimum wage by $1 annually through 2026 means “state and local government costs will increase” by $16 million in 2022 to $540 million in 2027.

In analyzing a bill adopted by the U.S. House, the Raise The Wage Act, which would raise the federal minimum wage to $15 an hour by 2024, a Congressional Budget Office (CBO) study projected mixed results.

According to the CBO, gradually doubling the $7.25 hourly federal minimum wage by 2025 would boost pay for 27 million workers and lift 1.3 million households out of poverty but potentially trigger the loss of 1.3 million jobs.

“Don’t vote yourself out of a job in November … Reject Job-Killing Amendment 2,” the Florida Chamber of Commerce tweeted this month.

Amendment 3 shares the rare honor of being opposed by the state’s Republican and Democratic party committees, which, apparently, makes it more attractive for many state voters.

It would allow voters to cast ballots in primary elections regardless of party affiliation. The two candidates getting the most votes in each primary would advance to the general election.

The measure is sponsored by All Voters Vote, which has been funded primarily by Miami-Dade County businessman Mike Fernandez, who last week contributed another $1.2 million to committee. It has raised $8.53 million.

The state Republican and Democratic parties have not spent any direct money battling the measure, nor is there a committee created to oppose it, but both participated in court challenges to get Amendment 3 off the ballot.

One legal case failed before the Florida Supreme Court last year, and another, filed in late September by groups saying it would make it harder for minorities to get on ballots, is pending before the state’s highest court.

Keep Our Constitution Clean’s Amendment 4 would require voter-approved constitutional amendments approved by more than 60 percent of voters in one election to do so again in a second election to be encoded into the constitution.

Keep Our Constitution Clean has raised only $165,500 in cash but has received $8.85 million in in-kind services from Fort Lauderdale-based law firm Haber Blank LLP.

The measure, however, is so widely panned there is no organized group opposing it, just ambient voter disinterest in devaluing their votes.

In a Florida Politics’ survey of the state’s 100 top “influencers,” only 27 believe it will pass.