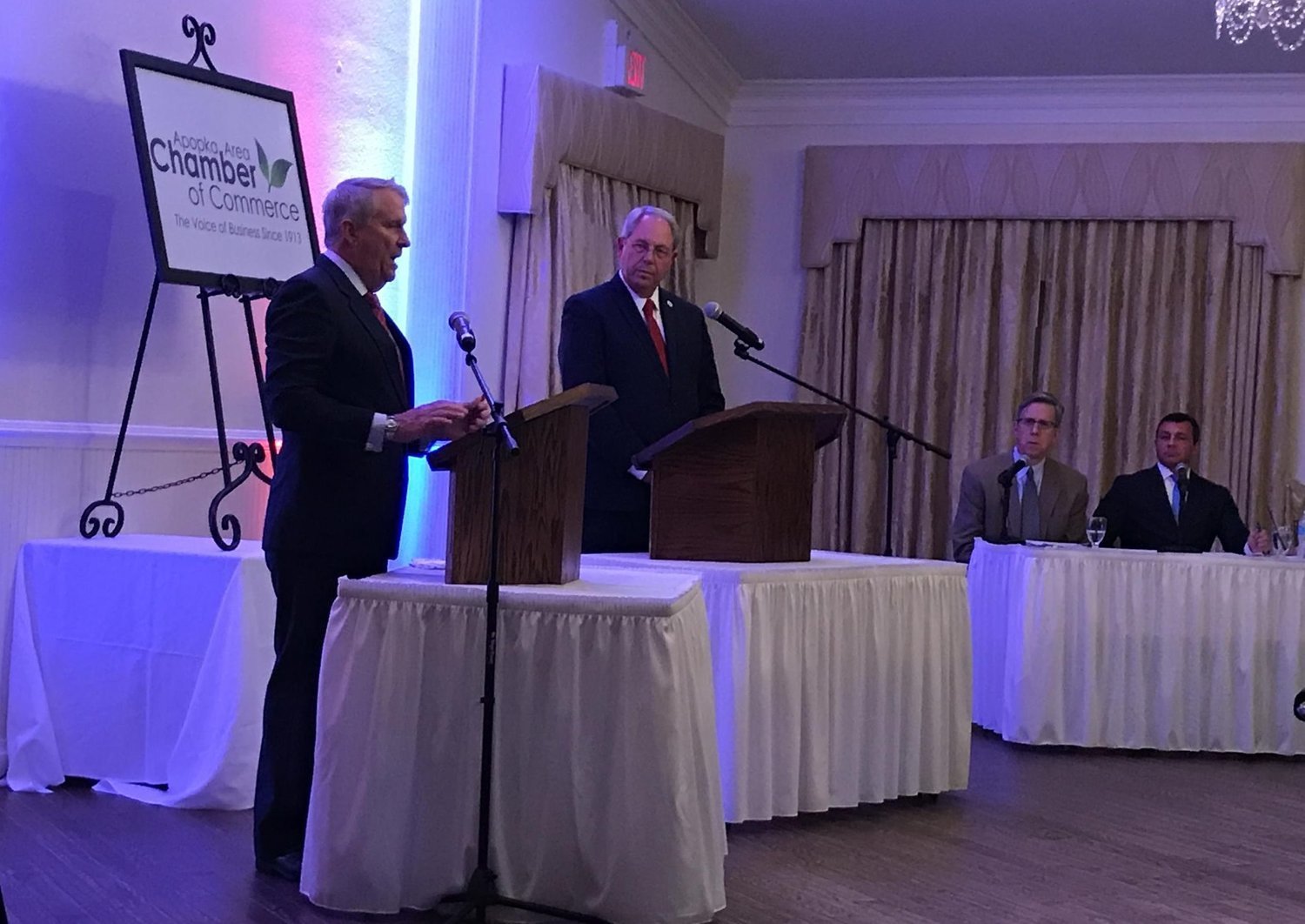 Social media is the razor's edge in local politics.

It can propel an unknown candidate into a frontrunner. It can deliver a powerful message to a large audience for pennies on the dollar. It can give one candidate the ability to define their opponent with an unrelenting, constant attack.

In 2018, it seemed as though then-candidate Bryan Nelson had a social media cannon aimed at then-Apopka Mayor Joe Kilsheimer over large donations from non-Apopka businesses and individuals. Nelson supporters bombarded Kilsheimer with a barrage of allegations about his donors.

But now, it's as if someone turned that same cannon around to face the Nelson campaign, and it's over the same issue.

In the last few days, several Apopka residents have posted on local Facebook pages about Nelson's contributors after seeing the October fundraising report. There's even a video of the 2018 debate between Nelson and Kilsheimer on the subject of campaign donations.

I've never been a strong advocate for campaign finance reform in municipal elections. It seems that a maximum $1,000 donation isn't going to purchase a lot of influence with a mayor or city commissioner. So if a builder, developer, attorney, contractor, or retiree wants to contribute to a local candidate, as long as they aren't a fugitive from justice, it's okay with me.

That doesn't mean, however, that candidates won't use their opponent's contributions against them. All is fair in love and war... and politics.

In their 2018 debate, Nelson blistered Kilsheimer for large, out-of-town contributions.

"Look at all the campaign contributions I have received and look at the contributors my opponent has gotten, and see how many came from Apopka," Nelson said in the 2018 debate. "They're not good old boys; they're not young boys, they're just people that live in Apopka, Plymouth, and Zellwood. They've known me for my entire life. They've known me for six months, ten years, whatever. But my support comes from Apopka, not from Winter Park, not from Tampa, and not from Orlando."

But now, as an incumbent, it's Nelson receiving the large donations from faraway places like Winter Park, Tampa, and Orlando, as well as Lake Mary, West Palm, Miami, Illinois, Coral Gables, Melrose, Windermere, Tennessee, and Clearwater. All told, 34 out of 44 campaign donations came from areas outside of Apopka. That accounted for $22,950 of the $26,000 the Nelson campaign received in October.

In 2018, Nelson also pointed out that a local developer with a project in Apopka contributed to Kilsheimer's campaign and alluded to that being questionable.

"It's funny that Craig Ustler is the project manager," Nelson said in the same debate. "His dad Tom was a grower here many, many moons ago. We haven't been shut out of the discussions with Craig, but he did support the mayor with some campaign contributions so you should probably take that into account."

He also questioned why outside contributions would even want to contribute to an Apopka candidate.

"Look at his [Kilsheimer's] contributors," he said. "They're developers like MMI who built Marden Ridge Apartments that he gave a sweetheart deal on the road. He got money from Shoot Straight because they are building a new building. He got money from Tampa from an old client. What do they care about Apopka? Let's look at the contributions, and I'll take my little $50 and $100 contributors from Apopka any day over those $1,000 contributions."

However, in the previous two cycles, two developers that Nelson highlighted in the State of the City Address each gave $1,000 contributions to his campaign - Tony Benge (in September) and David DeLoach (in October).

Benge is currently working on the Floridian Town Center, a $500-million, 100-acre project in Apopka, and also put a $6.5 million offer in on the Harmon Road property. Nelson announced DeLoach's intention to bring a Freshfields Farm store to Apopka.

Call me naive, but I think the campaign contribution cries we hear in election years are mostly a non-issue that disappears shortly after election day. I do not consider it an important topic now or four years ago. I want the focus to be on issues that matter to Apopkans now and during non-election years, like economic development, budget management, annexing South Apopka, infrastructure, staffing first responders, and planned growth.

On the other hand, if you live by the sword or in a glasshouse... Well, you see where I'm going.

Nelson certainly made a lot of hay by blasting Kilsheimer about his out-of-town donations in 2018. Now, in 2021, the tables have turned, and Nelson will have to answer how his out-of-town contributions are different. Only time can tell how much of an issue it turns out to be this early in the campaign season.

Flies evade your swatting thanks to sophisticated vision and neural shortcuts