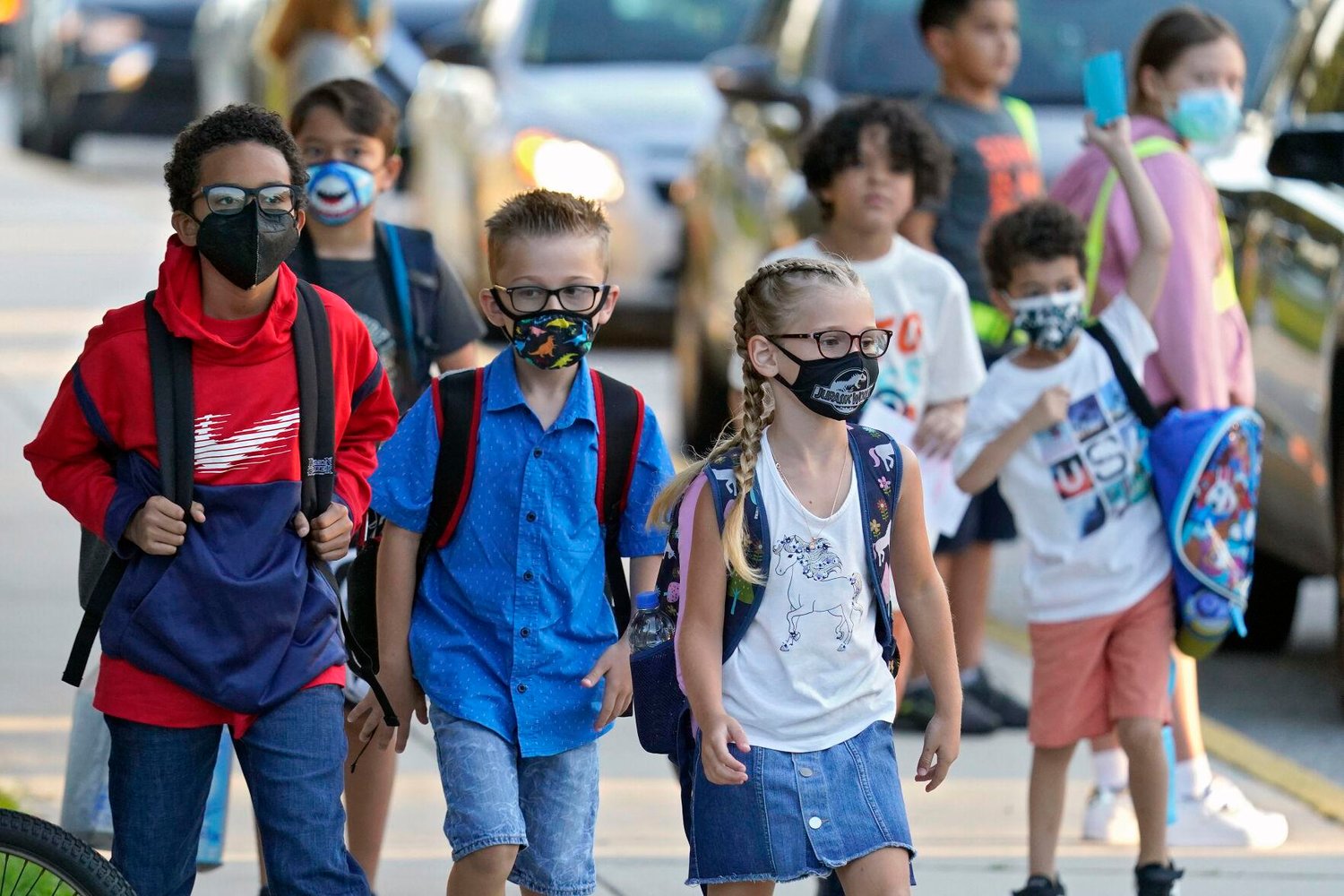 Parents from Orange County included in the lawsuit

Leon County Circuit Judge John Cooper on Thursday will hear Florida’s arguments on why he should toss a lawsuit filed by parents of children from seven counties challenging the legality of Gov. Ron DeSantis’ executive order banning mask mandates in public schools.

Cooper, in a Friday hearing, tentatively set the case for trial on Aug. 23 and said he would issue a ruling that day. He gave state attorneys until noon Monday to file written arguments for dismissing the case, which they did, setting the stage for Thursday's hearing.

In a 35-page complaint filed August 6th, the parents maintain DeSantis’ June 30 executive order allowing parents to ignore mask mandates and penalizing offending school districts the equivalence of school board and administrator salaries violate districts’ authority under the state constitution, deny due process, and are “arbitrary and capricious,”

The suit cites guidance from the U.S. Centers for Disease Control & Prevention (CDC) and urging from the 7,000-member American Academy of Pediatrics that schools should require masks be worn by students indoors while on campus.

“As a matter of law, public school on-site instruction and operations must be conducted safely; the Florida Constitution mandates that ‘adequate provision shall be made by law for a uniform, efficient, safe, secure, and high-quality system of free public schools,’” the lawsuit states.

The plaintiffs are nine couples or individual parents with children under age 12 who attend school in Broward, Duval, Hillsborough, Miami-Dade, Orange, Palm Beach, and Pinellas counties.

“Defendants Gov. DeSantis, Commissioner [of Education Richard] Corcoran, the Department of Education, and the Board of Education’s arbitrary, dangerous, and unconstitutional actions, under the guise of parent choice, in the midst of the pandemic, create an imminent and actual threat to public health, safety, and welfare of Florida’s students,” the suit states.

DeSantis maintains his executive order edifies parental rights but the parents in the lawsuit maintain the executive order does just the opposite and’ “wrongfully assumes that state authorities can better determine the local health risks and educational needs of students and teachers.”

In Friday’s Zoom hearing before Cooper, state attorneys argued the lawsuit should be dismissed because the parents do not have legal standing to file such a suit.

State attorney Michael Abel said the complaint is larded with “significant deficiencies” and, would undermine the governor’s executive authority and politically motivated.

At least 10 Florida districts have imposed mask mandates; all but two provide opt-outs. The Alachua and Broward county school boards have adopted policies that require a doctor’s note to be excused from the mandate.

The Leon County School Board has since amended its policy. Not so with Alachua, which began school on August 10th, and Broward, which begins Wednesday.

The Florida State Board of Education will meet Tuesday to consider funding cuts for the Alachua and Broward school districts under DeSantis’ executive order.

“Depending on the facts presented,” State Education Commissioner Corcoran wrote to the districts last week, “I may recommend to the State Board of Education that the department withhold funds in an amount equal to the salaries for the superintendent and all the members of the school board.”

The meeting was scheduled despite the Governor’s Office acknowledging last week that the state cannot legally target individual board members and superintendents’ salaries.

What the DOE can do, however, according to the Governor’s Office interpretation of state law and the Florida Constitution, is withhold state funding that equals the amount of school board member and superintendent salaries.

Clearing the air in Orange County