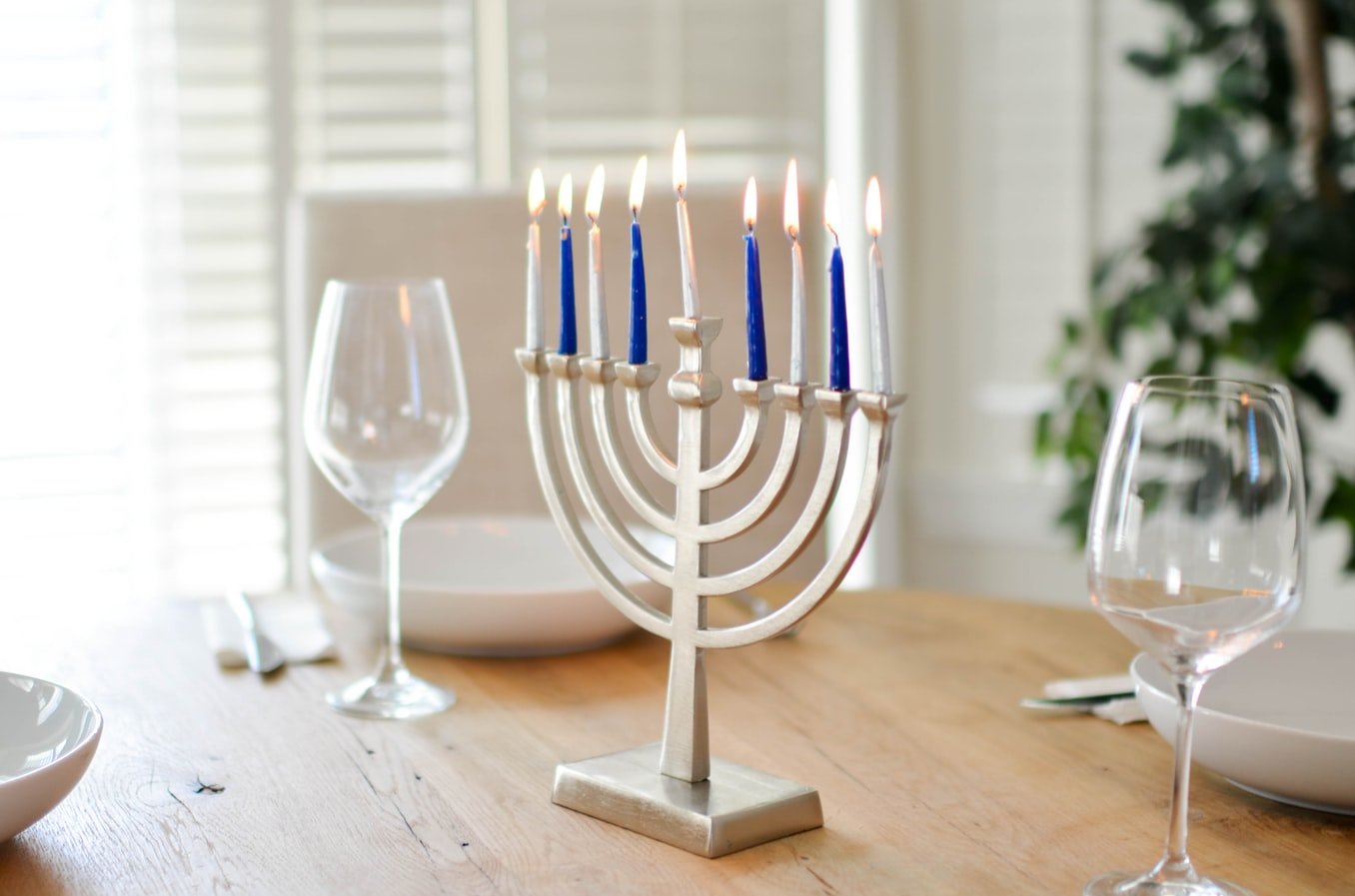 As a child in Religious School I learned the overly-simplistic explanation that we celebrate Hanukkah because a single small jar of oil miraculously burned for eight days. I remember responding to the teacher with the least important question in biblical study: “Did it really happen?” Later I would learn that the miracle had significance whether it happened or not.

Hanukkah’s story begins with a government implementing rules mandating that Jews be like everyone else. Jews embraced the culture’s mode of dress, language, education. However, when it came to internal essence – core values and belief – the Maccabees stood up and said, “Enough!” It was the first revolt for religious freedom, the first effort to push back against the darkness of antisemitism.

America has, over time, offered light to the Jewish People, opening opportunities to learn and teach, to participate and lead, to speak up and to speak out. Unfortunately, that light has been shadowed at certain points in our country’s history, when immigration quotas, exclusionary memberships, and “gentlemen’s agreements” precluded Jews from American life.

The darkness of antisemitism has returned with the emergence of tolerated white supremacy groups and a legal use of the word “religious” that ignores Jewish values. Antisemitism has returned with a vengeance in social media posts, hostility towards Israel, and is punctuated by murderous attacks such as in Pittsburgh and a plethora of bomb threats to Jewish organizations across the country.

We know what it’s like to be ostracized, denigrated, and blamed. When we light Hanukkah candles, we must remind ourselves to empathize, to bring closer the ostracized, to defend the denigrated, and to speak up to those who categorically blame others. Hanukkah is our reminder to drive away whatever darkens American life today.

One debate in the Talmud records the process of lighting the Hanukkah candles. The followers of the Sage Shammai taught: On the first day of Hanukkah eight lights are kindled and thereafter they are gradually reduced. They reasoned that Hanukkah is based on the Temple dedication on Sukkot, when the number of sacrifices diminished each day until the eighth day when only one was brought.

Hillel’s students agree that Shammai is logical in his thinking, but lighting all eight on the first day would mean that each day grows darker with diminished light until the end when we turn out the lights and go home. Therefore, said the students of Hillel, we will begin with only one on the first night, then increase the light with each passing day of Hanukkah. We reiterate the promise of the Maccabees: we will drive away the darkness of antisemitism, the darkness of legal oppression, and the darkness of sanctioned discrimination within American society. We believe tomorrow can be brighter.

Aristotle is credited with the saying, “The whole is greater than the sum of its parts.” To me, that is precisely the message of the Hanukkah candles: our individual efforts are enhanced when we join together as a community, and as our community joins others in condemning bigotry and religious intolerance, and in demanding bipartisan safeguards to freedom.

Down with darkness up with light.

Up with day and down with night.

Each of us is one small light,

But together we burn bright

Go away darkness black as night

Go away, give way to light.

We have come to banish night

Banish it with candle-light.

All the little candle rays

Join to make a mighty blaze

Hanukkah, the Feast of Light.

We light candles as per Hillel, increasing light each night. And, with our commitment, the light of a single small act of moral courage in voice or deed will continue to shine brightly far beyond eight days. That, to me, is the miracle of Hanukkah!

Rabbi Rick Sherwin, a graduate of UCLA, was ordained by the Jewish Theological Seminary in New York, and currently lives and serves in Central Florida. Rabbi Rick’s passion is filling spiritual services and interfaith educational programs with creativity, relevance, dialogue, and humor.