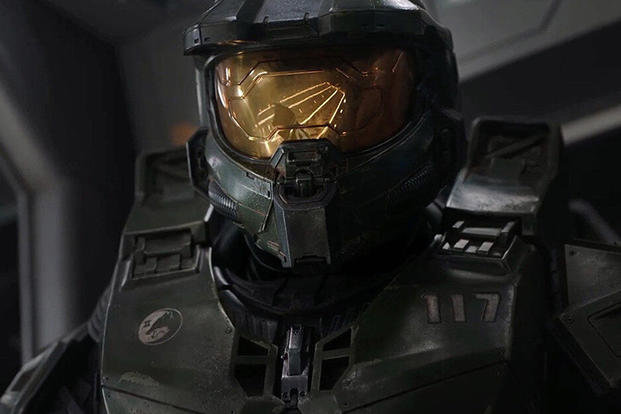 Thanks to recent movies like Sonic the Hedgehog and Detective Pikachu, video game adaptations are no longer seen as terrible affronts to filmmaking. Instead, a real understanding of both gaming and film has led to an era where these tie-ins aren't just accepted, they're respected.

With Halo being the latest big property to see a translation through a Paramount+ series, hopes are high, but we already know it's not what fans expected. Placing the main character, Master Chief, as a more supporting character has raised some eyebrows, but from a filmmaking and storytelling perspective, it makes a lot of sense.

Why Bother with a Live Adaptation?

Though the quality of other success stories has laid the framework for the Halo series to succeed, there's still the question of why live adaptations are worth the effort in the first place. As it so often does, these reasons tie predominantly into money.

According to recent data surveys from https://www.marketwatch.com/, annual revenue from gaming is worth more than the film and music fields combined. Reaching nearly $180 billion in 2020, this upward trajectory shows no signs of slowing down, with enormous potential in underdeveloped markets like rural China, India, and Africa.

Despite the ubiquity gaming enjoys in so many homes, however, there are large subsets of the population completely disconnected from the interactive entertainment sphere. Bringing the famed series to streaming services like those listed on https://www.theapopkavoice.com/ would act as a bridge to the uninitiated, driving further engagement.

This type of cross-media relationship is an established formula for success, having already made great headway in other interactive entertainment spheres. Online casinos like those listed on https://www.casinos.co.za/ take a similar approach in the way their platforms operate. On an exterior level, these services compete with bonuses like deposit matches, free spins, and mobile accessibility. Their content, however, often leans on licenses from other forms of media, like video games and movies, in an attempt to generate rewards for everybody involved.

The character of Master Chief has been fleshed out over the years, especially in supported novels, but for most players, he's somewhat of a blank slate. He started this way as an intentional design choice. As has been the case since the early days of gaming, silent protagonists allow the player to better project their own characterizations and motivations along the way. Even if a series continue for decades, straying too far from this formula can alienate existing fans, but this creates a dilemma.

A nearly silent protagonist usually doesn't make for a great main character in television and film. In video games like Halo, you're more of a passive participant in the story, taking commands and advice from others to be driven down a linear path. Outside of video games, this makes the character appear as if they have no agency, which undercuts their importance.

For this reason, focussing on another character and relegating Master Chief to support is a clever decision. We still get to see the Chief fight at his best and arrive with the requisite heroics, but he's also not being redefined to a potentially contentious degree. That's not to say we don't expect any character development or growth, but taking this route should allow for a more natural form of inclusion.

Then there's the issue of cost. Master Chief and the Halo games are built around the action. Creating filmed action, at least at a level that includes heavy special effects, is expensive. Less Master Chief means not blowing through a budget on the first episode, or cutting quality to make sure ends meet.

Finally, we also need to understand how the new focus of an original character can better introduce the world and help us relate to the story. Master Chief always wears his helmet and is an incredibly stoic voice. Changing the main character to Austrian actress Yerin Ha adds an extra level of humanity and creates a far more natural way to introduce exposition without relying on overused tropes.

Set to debut on March 24, there's still some waiting left before we get a better look at what the Halo series can do. If it succeeds, which we hope it does, it could serve as greater proof for the viability of a new generation of video game adaptations. If it fails, that duty might fall to the upcoming The Last of Us series, scheduled for late 2022. In either case, we always have the games, and they're not going anywhere.

Reasons Why Your Child Should Take the CAT4 Exam