Friends to the bitter end: A recipe for political disaster? 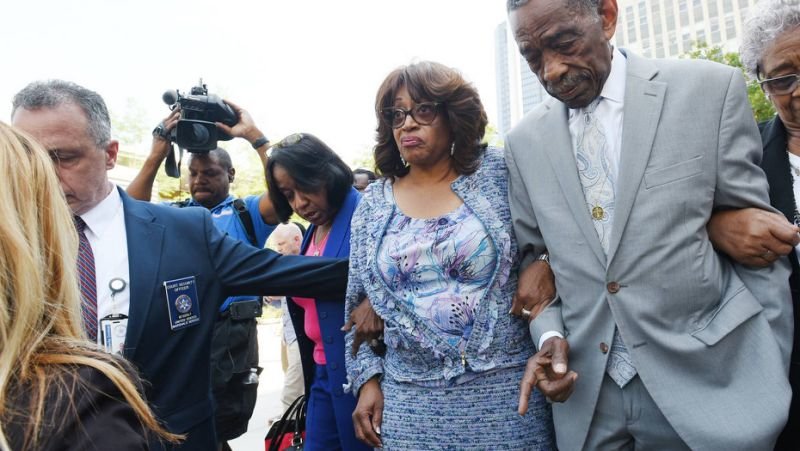 After watching folks rally around a convicted former Florida Congressperson, who misused resources from a make-believe nonproﬁt organization to fund a lavish lifestyle, I had the strangest thought: Isn't it great to have a friend who will stick with you no matter what. While loyalty is something we all appreciate, it is really the loyalty of the "blind variety" that could prove to be problematic. Blind loyalty could lead to the degradation of one's moral compass and a perpetuation of poor decision making. Get caught doing drugs; hey, a little fun never hurt anyone. Have an issue with the IRS because you misused funds; no problem, it's not your fault taxes are such a burden. You take money from shady business deals; hey no big deal because no one is perfect. While I realize and agree that no one is without fault, I do believe that a little accountability never hurt anyone, even in small things such as keeping your word. When we condone and overlook the bad acts of one person, the affects are much more expansive than we realize. First off, the guilty person does not have to face the full consequences of his or her actions, which in effect justiﬁes their actions.

But what hurts more is the culture of corruption or apathy that may result.

To prove my point, I did a little experiment. A few weeks ago, I let my son eat his sister's Doritos and when she came and told me what happened, instead of correcting or chastising him, I had him to come down, told him I understood he was hungry and actually allowed him to get another snack to satisfy his hunger until dinner time. The following day without asking, my son ate his sister's ice cream sandwiches. Again, I justiﬁed his actions by saying he was probably just hungry and did not take any action. A few days later when the batteries went out in my son's television remote, instead of walking to the kitchen to get replacement batteries, he took his sister's batteries from her remote, again without asking. When my daughter came to me about the latest infraction, I completely disregarded his bad acts and instead gave her a short lecture on the importance of sharing. The next day, my daughter decided to turn the tables on her brother and went into his room and took several of his drawing pencils. When my son came to tell me what his sister had done she came right along with him, and before he could ﬁnish telling of his sister's terrible deed she said matter-of-factly, "If you can do it, why can't I?" What was revealed from this simple experiment was that if the bad acts of one is not corrected, not only will their actions continue, but others will follow suit and start doing comparable bad acts, which in this case was petty theft.

Such is the state of politics. We have all heard of or witnessed in some form the culture of corruption that has unfortunately become associated with politics do to the bad acts of a few politicians, but, unlike other aspects of society we do not call for correction or consequences. It is as if we have come to expect politicians to cut deals with friends or associates without consequences, to lie about accomplishments without consequences, to disregard laws without consequences or simply to come around and pander for votes only when it is election time without consequences. Though minor in comparison to drugs, taxes and sex, allowing a politician to make promises without follow through or accountability can, and often times do, lead to greater transgressions. Many of us excuse the actions of elected ofﬁcials and turn a blind eye to their antics as if they are our best friends who deserve our loyalty, when in fact the only loyalty they show to anyone else is their own efforts to remain in elected ofﬁce. It is past time that we hold elected ofﬁcials to the same standards that we hold ourselves, which is to deal with each other honestly and fairly, not just out of our own selﬁsh gains or convenience. Perhaps instead of sitting quietly by and condoning the actions of our so-called political friends, we would do better in calling a bitter end to our loyalty to them -- in my humble opinion.

Greg Jackson is a former Assistant Attorney General for the State of Florida, veteran, current Orange County District 2 Representative on the Board of Zoning Adjustments, and General Counsel for the Community Redevelopment Agency. He has been as an active member of the Central Florida community for nearly 20 years. He was most recently a candidate for the Florida House District 45 seat.