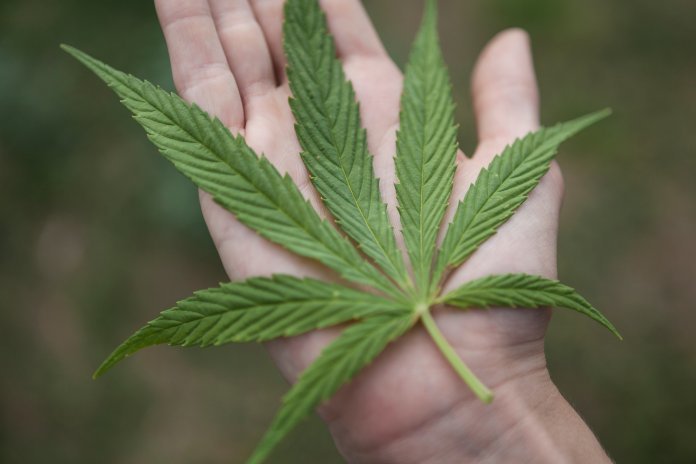 Floridians won’t get to vote next year on whether to legalize recreational adult use of marijuana, subject to regulations like those controlling the alcohol market, because of a ruling Thursday by the Florida Supreme Court.

A citizen’s initiative to allow home cultivation of pot is ineligible to appear on the 2022 ballot, the court said, because the ballot summary of its terms — that is, the language voters would see on election day — is “affirmatively misleading” about how far the text of the proposed constitutional amendment would go.

The 5-2 ruling, written by Chief Justice Charles Canady, represents a victory for Attorney General Ashley Moody and business interests that petitioned the court to strike the proposal.

“We thank the Florida Supreme Court for their time and attention to this issue and respect their ruling. Floridians must fully understand what they are voting on when they go to the ballot box,” said Lauren Cassedy, spokeswoman for Moody.

Commissioner of Agriculture and Consumer Services Nikki Fried, a candidate for the Democratic nomination for governor and a leading advocate for liberalized marijuana law, decried the ruling on her Twitter feed.

The amendment, sponsored by an organization called Sensible Florida, was the second the court kept off the 2022 ballot in less than a month. On April 22, the court did the same to an initiative sponsored by Make it Legal Florida on the same ground — that the ballot summary was misleading.

Michael Minardi, a Tampa lawyer representing Sensible Florida, did not respond to a request for comment.

Eighteen states have fully legalized recreational use of marijuana, according to the drug testing company DISA Global Solutions, although it remains illegal under federal law. Additional states, including Florida, allow medicinal use; others have decriminalized pot.

The Florida Chamber of Commerce filed an amicus brief supporting Moody’s position, as did the Florida House of Representatives and an array of anti-drug groups.

“The Florida Chamber will fight in any venue — legislative, legal, or the court of public opinion — to keep Florida, Florida, and ensure efforts to utilize ballot initiatives to circumvent the appropriate legislative process are unsuccessful.”

The text of the initiative — titled “Regulate Marijuana in a Manner Similar to Alcohol to Establish Age, Licensing, and Other Restrictions,” would have legalized “possessing, using, displaying, purchasing, or transporting cannabis, and cannabis products in quantities reasonably indicative of personal use or for use by household members.”

It would have permitted people to grow “six mature flowering cannabis plants per household member 21 years of age or older and possessing the harvest therefrom, provided the growing takes place indoors or in a locked greenhouse and the cannabis grown is not made available for sale.”

Local governments of the state could have allowed and regulated outdoor growing.

The ballot summary reads as follows:

“Regulates marijuana (hereinafter “cannabis”) for limited use and growing by persons 21 years of age or older. State shall adopt regulations to issue, renew, suspend, and revoke licenses for cannabis cultivation, product manufacturing, testing and retail facilities. Local governments may regulate facilities’ time, place and manner and, if state fails to timely act, may license facilities. Does not affect compassionate use of low-THC cannabis, nor immunize federal law violations.”

The court majority seized on language in the text establishing that the amounts allowed “are minimum quantities, subject to increase by state, county, or municipal legislation, but not subject to decrease.”

“In other words, the proposed amendment establishes a quantity floor below which an age-eligible person cannot be prosecuted, while at the same time authorizing the state and local governments to permit unlimited personal use of recreational marijuana.

“In other words, it would be more accurate if the summary stated: “Regulates marijuana … for the potentially unlimited use … by persons 21 years of age or older .” The summary instead misleadingly tells voters that the proposed amendment limits the use of marijuana.”

In a dissent, Justice Alan Lawson, joined by Justice Jorge Labarga, conceded the summary might prove confusing, but not when read in the context of the initiative’s wording.

“The ballot title in this case reads: ‘Regulate Marijuana in a Manner Similar to Alcohol to Establish Age, Licensing, and Other Restrictions.’ And the amendment itself details the ways that marijuana use would be regulated similar to Florida’s current regulations affecting alcohol use,” Lewis wrote.

“Therefore, reading the title and summary together, ‘limited use’ could also be understood as a reference to the regulations disclosed in the aptly descriptive title. Read together in this way, the ballot title and summary do not disguise the measure as something else, or hide the ball as to the amendment’s true effect, and are not ‘clearly and conclusively defective,’ he wrote.