Announcement should ‘set off alarm bells for consumers and regulators’ 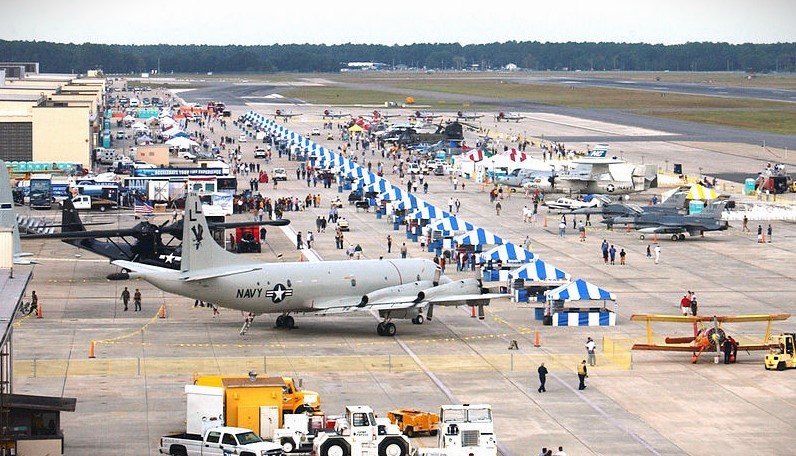 The EPA issued stricter health guidelines for those Wednesday, ahead of plans to adopt national drinking water standards next year.

The research-based Environmental Working Group released a national map Wednesday showing where the presence of PFAS is confirmed or suspected. The scores of sites around the state of Florida include three military bases — Tyndall Air Force Base, Patrick Air Force Base, and Naval Air Station Jacksonville –that the research group ranks in the nation’s 50 most contaminated.

Per- and polyfluoroalkyl substances, PFAS, were long used in nonstick cookware, water-repellent sports gear, stain-resistant rugs, and firefighting foam, among things. They are called forever chemicals because they do not degrade and remain present in blood indefinitely.

“Today’s announcement should set off alarm bells for consumers and regulators,” said Melanie Benesh, a legislative attorney with the Environmental Working Group, in a press statement. “These proposed advisory levels demonstrate that we must move much faster to dramatically reduce exposures to these toxic chemicals.”

The research group advises consumers to avoid nonstick cookware and utensils and instead use stainless steel and cast-iron pans for hot cooking; avoid outdoor wearing labeled as water-repellent or stain-repellent; and do not use stain-repellent treatments on rugs and furniture, among other recommendations offered through its website.

The Florida Senate committee on the environment and natural resources proposed late last year the creation of a task force to develop recommendations for identifying and cleaning up sites contaminated with PFAS in drinking water, groundwater, and soil. It would have set the task force to work this October, with a report due a year later.

That plan, Senate Bill 7012, died in the legislative process.

A related bill, House Bill 1475, sponsored by the House State Affairs Committee, passed instead. It does not activate a task force. It directs state regulators to adopt statewide cleanup targets only if federal regulators have not adopted national standards by Jan. 1, 2025.

In the meantime, that bill insulates governmental entities and water suppliers in Florida from litigation related to PFAS.

HB 1475 was sent to Gov. Ron DeSantis for review on June 9. He has until June 24 to sign it, veto it, or allow it to take effect by default.