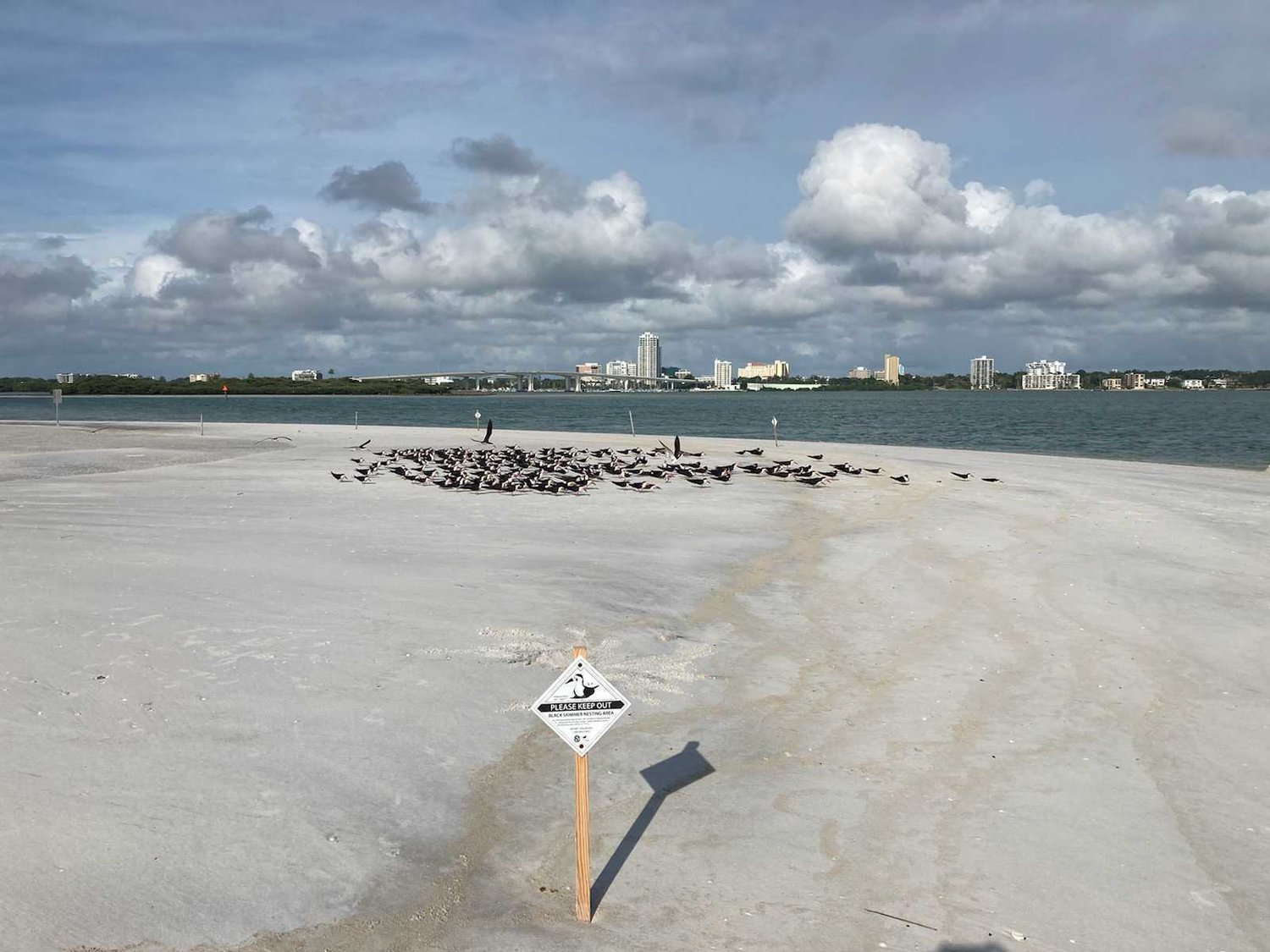 Vulnerable beach-nesting sea and shorebird colonies lost sizable numbers of eggs and young chicks as Hurricane Elsa churned across the state this week. Even downgraded to a Tropical Storm, Elsa pushed high tide surges that swamped the low-lying beaches, covering eggs and tiny chicks with water and windblown sand.

“Early storms are always devastating to beach-nesting birds,” explains Marianne Korosy, PhD, Director of Bird Conservation for Audubon Florida. “Our sea and shorebirds were already having a difficult season as a result of human interference, from walking through roped-off areas to fireworks to outbreaks of red tide, especially around the Tampa Bay region. Early storms add another major threat.”

Hurricane Elsa formed on July 1, the fifth named storm of the year. Historically, this fifth-named storm formed at the end of August, but climate change and associated warming temperatures are pushing storm formation earlier. The previous record was set just last year on July 6 with the formation of Tropical Storm Edouard. In Florida, beach-nesting season begins in April and continues through August – the earlier the storms make landfall, the more impact they will have on nesting birds.

Still, if we give them their space for the rest of the season, the birds can be resilient.

Though the storm surge swamped all of the Clearwater Black Skimmer colony, at least two chicks survived.

Though the St. Pete Beach colony lost around 50 of their 80 nests and 7-8 chicks, the adults should have time to renest.

All Lido Key Black Skimmer nests were lost (about 40 in all), but many chicks survived. Least Tern nests and chicks largely survived.

To protect the birds, beachgoers should give them their space, keep dogs on leashes, and dispose of trash.

Across the state, Audubon’s Coastal Bird Stewardship Program engages local communities to protect beach-nesting birds from predators and disturbance, like dogs or humans getting too close. Due to compounding threats like sea-level rise and habitat loss, coastal birds are facing a crisis—seabirds around the world have decreased by 70 percent since 1950, and shorebirds in North America alone have seen an even steeper decline since 1973.

Audubon Florida protects birds and the places they need, today and tomorrow. Audubon works throughout the Americas using science, advocacy, education, and on-the-ground conservation. State programs, nature centers, chapters, and partners give Audubon an unparalleled wingspan that reaches millions of people each year to inform, inspire, and unite diverse communities in conservation action. A nonprofit conservation organization since 1905, Audubon believes in a world in which people and wildlife thrive.

This hurricane season, rely on the safety of natural gas