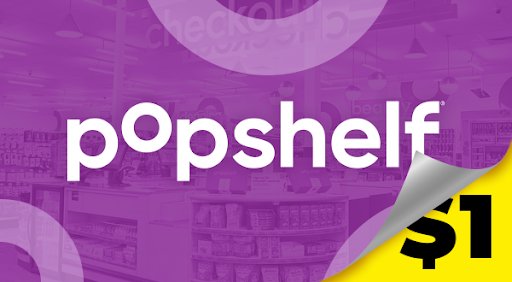 While other retailers were shuttering during the pandemic, Dollar General bucked the trend by launching an entirely new store format.

Popshelf is targeted toward suburban women with household income between $50k and $125k and primarily offers items for $5 or less across a range of categories, including:

The concept has been likened to Five Below for adults…

… and so far, results are promising. Dollar General opened 8 Popshelf stores between October 2020 and May 2021, with impressive metrics across the board:

This early success has led to aggressive growth plans

The top brass at Dollar General sees an opportunity to open 3k Popshelf stores nationwide, but one challenge may lie in the store format.

Executives have hinted that some Popshelf locations may be opened as a “shop-in-shop” within traditional Dollar General stores, which some analysts believe could tarnish the Popshelf brand.

To learn more about the economics of Dollar General and its competitors, check out our visual explainer.