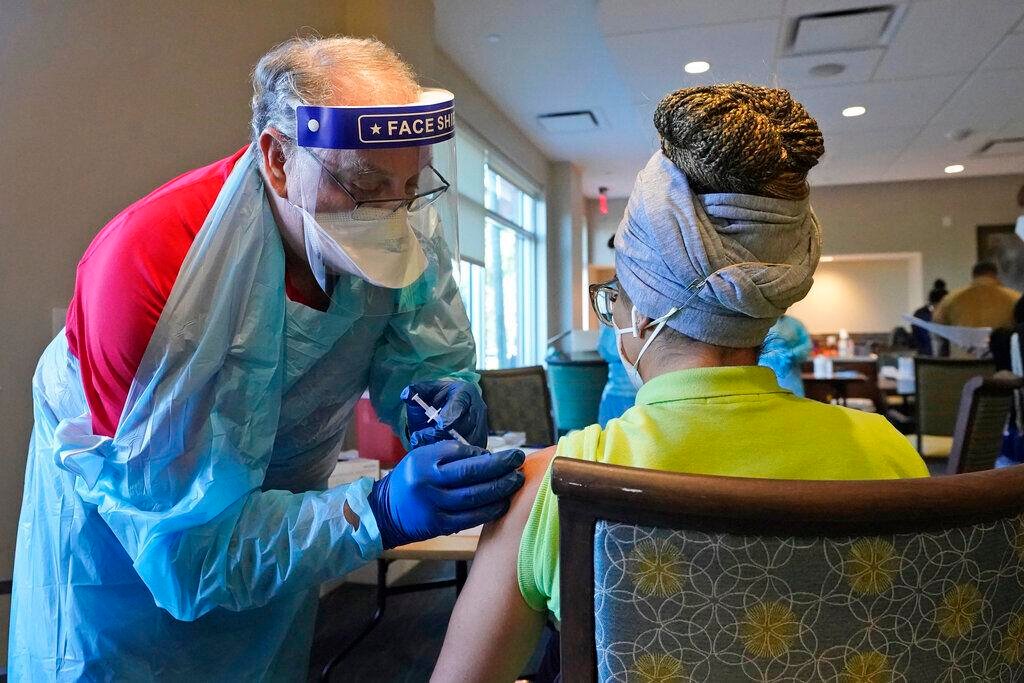 By John Haughey of The Center Square

Florida Gov. Ron DeSantis is dismissing President Joe Biden’s plan to use the National Guard and the Federal Emergency Management Agency (FEMA) to administer 100 million COVID-19 vaccine doses nationwide within the first 100 days of his presidency.

“I saw some of this stuff Biden’s putting out, that he’s going to create these FEMA camps. I can tell you, that’s not necessary for Florida,” DeSantis said. “All we need is more vaccine. Just get us more vaccine.”

Biden has instructed FEMA to establish mass vaccination sites nationwide operated by National Guard units and ordered the release of most available doses rather than hold second-shot boosters in reserve.

DeSantis said Florida's biggest problem is “we’re not getting as many full doses as we need” and creating a FEMA distribution system would derail Florida’s increasingly effective inoculation plan.

“If you come in and tell FEMA to create some type of camp, how long is that going to take?” DeSantis asked. “Are you going to divert vaccine away from my efforts and the efforts here where we’re doing 70,000, 80,000 people a day now?”

The federal Centers for Disease Control and Prevention reported Thursday morning that nearly 36 million COVID-19 vaccine doses had been distributed nationwide, although only about half have been administered.

According to the Florida Department of Health (FDOH), more than 1.1 million people have been vaccinated in Florida, including more than 100,400 who have received second shots.

DeSantis varied from the CDC's initial vaccine guidelines by placing those age 65 and older on the priority list above most “essential workers,” such as those who work in retail. There are 4.5 million seniors in Florida, he said, with about 700,000 vaccinated.

Nevertheless, DeSantis said, Florida does not need FEMA or the National Guard to get shots into arms, noting daily vaccinations peaked at more than 84,000 on Wednesday, with more than 400,000 people inoculated last week despite the state never receiving more than 300,000 doses in a week.

“What we’re doing in the counties, what the hospitals are doing. Some of the drive-thru sites, the church sites, Publix, all this stuff together – we have a lot of through-puts now,” he said. “If they give me more vaccines, we’ll be able to get it out to places where they’ll be able to get it into the arms of the seniors.”

The governor said Biden’s order to release all doses now rather than reserve some for the second of the two-short regimen needs careful review.

“When you start releasing everything, then you’ve got to have a sense of what the production schedule’s going to look like,” he said. “If they give me 500,000, say use it all, but then they’re not holding back the booster, then I’ve got to be sure in a month that we get more Moderna coming off the assembly line.”

In response to complaints about “vaccine tourists,” people over age 65 coming to Florida be inoculated, DeSantis said, “We’re only doing Florida – Florida residents. You’ve got to live here, you know, either full-time or at least part-time.”

This varies from the governor’s previous determination that residency not be required for seniors and has not, as yet, been incorporated into the state’s vaccine distribution plan.

Despite a slowdown of COVID-19 cases, Florida has reached the 7 million mark