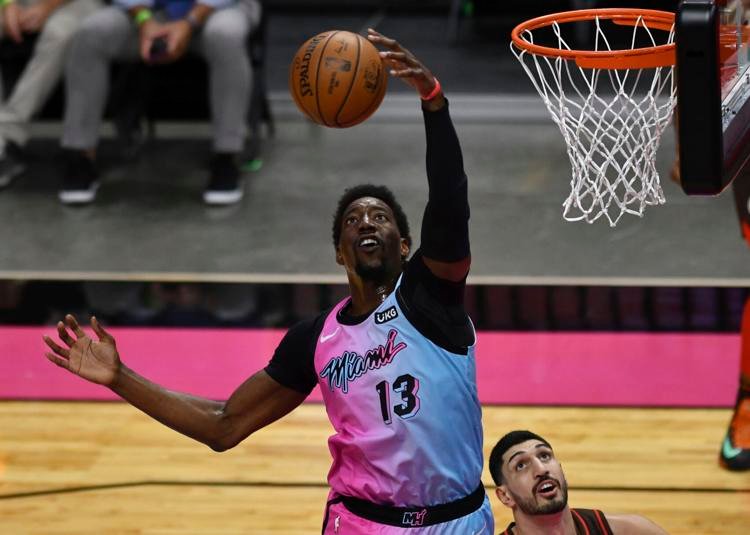 The Miami Heat will be the NBA’s first team to designate seats exclusively for the fully-vaccinated Thursday when fans presenting a COVID-19 vaccination card issued by the U.S. Centers for Disease Control & Prevention (CDC) will be allowed to sit in more crowded sections.

If Gov. Ron DeSantis follows through with his Monday vow to issue an executive order banning businesses from requiring proof of vaccinations, or “vaccine passports,” to enter their properties, the Heat’s expanded seating plan would be nixed.

“It’s completely unacceptable for either the government or the private sector to impose upon you the requirement that you show proof of vaccine to just simply be able to participate in normal society,” DeSantis said, adding he expects lawmakers to make his pending executive order permanent through legislation.

After speaking with Osceola County business owners Tuesday, however, U.S. Sen. Marco Rubio questioned if government should be telling business owners what to do on their own property.

"On the one hand you have property rights and that is, private business rights to decide the conditions by which people can come in or not come in," Rubio told reporters. "On the flip side of it, of course, there are concerns about civil liberties."

Theme parks such as Disney World, Universal and SeaWorld – which require face masks and temperature checks – should be permitted to decide if someone must be vaccinated before entering their properties, said Rep. Carlos Guillermo Smith, D-Orlando.

"If they understand that requiring a vaccine is going to protect the health and safety of their workers and their customers, then they should have a right to do that," Guillermo Smith said. “The governor's hostility to vaccine passports only contributes to COVID vaccine hesitancy. It's not helpful.”

DeSantis’ Monday comments followed New York’s announcement it would be the first state to adopt a vaccine passport program, “Excelsior Pass,” which will use QR code technology to allow individuals into venues.

Connecticut Gov. Ned Lamont and Hawaii Gov. David Ige want their states to adopt similar plans. There are at least 17 vaccine passport proposals being developed in the U.S. Europe and China by private companies such as IBM, according to the U.S. Department of Health & Human Services.

Vaccine passports have drawn rebuke from many sources, ranging from the Illinois NAACP denouncing them as “an invasion of privacy” to Republicans in state houses nationwide and in Congress railing against them.

Two Ohio House Republicans have introduced a bill banning vaccine passports and South Dakota Gov. Kristi Noem tweet-slammed the Biden administration for “one of the most un American ideas in our nation’s history,” although the administration has repeatedly said it is only providing guidance and has no plans for a national vaccine passport program.

The U.S. Travel Association, U.S. Chamber of Commerce, airline trade organizations and airline labor unions asked the Biden administration in a letter last week for a plan by May 1 to reopen the U.S. to international visitors.

The vaccine passport discussion for international visitors emerged from these groups, primarily airlines and the tourist industry, although they do not support "vaccine requirements as a prerequisite for travel."

Proponents say vaccine passports could help entice tourists to return to cruise ships, an $8 billion industry in Florida. A March CruiseCritic.com survey found 86 percent of site users – cruise aficionados – would be much more likely to sign onto a cruise if crew members and passengers showed proof of vaccinations.