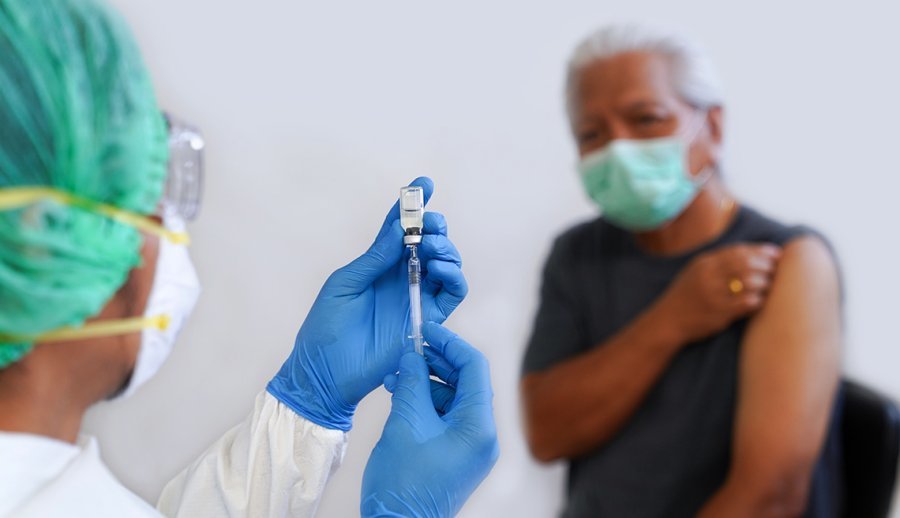 Under fire for overseeing a COVID-19 vaccine rollout that has seniors in some areas waiting in lines to be immunized, Florida Gov. Ron DeSantis challenged hospitals Monday to do a better job in getting shots into arms.

At a news conference at Orlando Health and another later Monday at Miami’s Jackson Health, DeSantis said any hospital chain that fails to meet vaccination goals will see its supplies directed elsewhere.

“If you’re not using it, then we’re going to make sure that additional allotments are going to be reduced,” he said. “I do not want to see a vaccine sitting around not being used when you could be putting a shot in an arm.”

The governor said he wants to induce “healthy competition” between Florida’s hospital chains, which can administer the COVID-19 vaccine to anyone 65 years old and older once health care workers are immunized. Orlando Health and Jackson Health are among those chains that have started to do so in Florida.

“We view the hospitals as the front line on this,” DeSantis said. “They have the infrastructure. They have the expertise.”

According to the Florida Department of Health (FDOH), Florida had given nearly 256,000 people the first dose of Pfizer’s COVID-19 vaccine as of Sunday, far short of the 1 million does DeSantis predicted in early December would be distributed by year’s end.

DeSantis said 80% of the 800,000 vaccine doses the state has acquired have gone to hospitals. The Florida Hospital Association said in a press release last week the amount is actually 55%, and Florida Agriculture Commissioner Nikki Fried maintains Florida has received 1.2 million doses.

In a letter to DeSantis last week, Fried, Florida’s only statewide-elected Democrat, called his vaccine plan “very chaotic” and lacking a “clear strategy.”

Fried called on the governor “to mobilize the Florida National Guard resources to oversee a timely, orderly, centralized process for distributing COVID-19 vaccines to Floridians.”

DeSantis could not offer a timeline Monday for when more vaccines will arrive to broaden availability, but he said he wants to convert COVID-19 testing sites into vaccination sites, to identify churches where people can get shots and to always be looking for better ways to offer vaccinations at long-term care facilities.

The governor was on hand at Orlando Health as five people, including two elderly people, received the first Moderna vaccine shots administered in the state.

With a second vaccine now arriving in Florida and the one-dose Johnson & Johnson vaccine coming online by next month, DeSantis said teachers soon will be added to the priority list but “not at this time.”

Orlando Health hopes to give 10,000 or more vaccines per week once supplies are available. Jackson Memorial Health has vaccinated 1,499 patients and 5,330 health care workers, but it isn’t taking appointments for seniors to get the vaccine.

With President-elect Joe Biden preparing to take office, DeSantis made it clear he will not change his policies in managing the state’s pandemic response.

“We have to recognize some of the misfires and some of the information and advisories, particularly from experts, have had,” he said. “We’ve had some very contradictory advice over these many months. And I think some people have lost faith.”