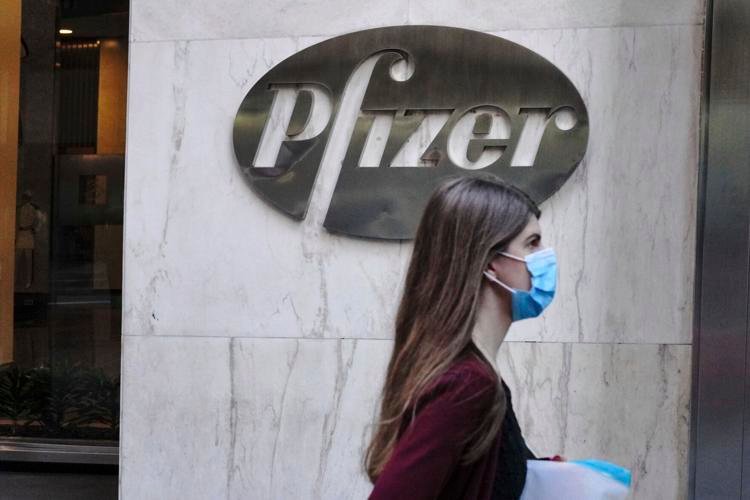 The Florida Department of Health (FDOH) plans to administer the COVID-19 vaccine when it becomes available in three vaccinephases, perhaps starting in December, with health care professionals and the most vulnerable first in line.

The draft plan was submitted to the federal Centers for Disease Control and Prevention on Oct. 16, when there were no vaccines on the cusp of approval.

Pharmaceutical manufacturer Pfizer announced Monday it was seeking expedited approval from the U.S. Food and Drug Administration (FDA) for a vaccine after preliminary results showed it was more than 90% effective.

If Pfizer receives FDA authorization for its vaccine by month’s end, it says 15 million doses of the vaccine could be available in December.

“Prioritization of vaccine recipients is not yet determined by the CDC,’’ Florida's draft plan read, adding Florida identified first recipients by focusing “on critical populations identified in draft guidance documents as well as locations that can accommodate the time and dosing requirements.”

The draft plan anticipated logistical hurdles in distributing the vaccine and outlined messaging strategies to contend with misinformation and skepticism.

Under the draft plan, the first vaccines would be issued to “healthcare personnel likely to be exposed to or treat people with COVID-19; those at higher risk for severe illness from COVID-19, including those with underlying medical conditions; and other essential workers,” the FDOH said, estimating 497,000 licensed health care professionals could be among first recipients.

According to the draft plan, the FDOH would coordinate with doctors, the Agency for Health Care Administration (AHCA), the State Emergency Response Team, the Florida Department of Elder Affairs and other agencies to identify “at-risk populations who would be a priority for vaccination during phase one.”

The FDOH’s proposed phase two allocation would issue vaccines to 223,000 staff and 145,000 residents of nursing homes and other long-term care facilities across the state.

This second phase also would seek to identify those with vulnerable medical conditions and disabilities – potentially as many as 2.7 million Floridians.

The final distribution would be for the general public. The FDOH plans to create mass-vaccination clinics run by county health departments “to supplement vaccination efforts and to increase capacity in community-based settings.”

Community health clinics would be utilized, as would hospitals. The FDOH is asking 44 hospitals in the state not enrolled in its Florida SHOTS vaccine network to do so to now to streamline efficiency. Currently, 274 state hospitals are enrolled.

Some county health departments also have identified sites such as stadiums and fairgrounds used a mass testing sites to serve as inoculation clinics. Orange County is considering making the Orange County Convention Center available for vaccinations.

Afterwards, the vaccine would be offered through pharmacies and health care sites. The federal government has contracted with Walgreens and CVS to provide vaccine clinics at nursing homes and assisted living facilities. In Florida, a retail pharmacist could vaccinate people in the store.

The lowest priority in FDOH’s draft plan is young children, who will get the vaccine as part of routine vaccination schedules.

Hospitals are eyed as vaccination sites because most have the cold storage capacity the vaccine will require.

“Pfizer has developed packaging to keep the vaccine at temperature for up to 10 days with pelletized dry ice,’’ Corbett said.