"It's horrible everywhere you look. The landscaping along the parkways are horrible. Second Street is a disaster. Where's your code enforcement? This is downtown." 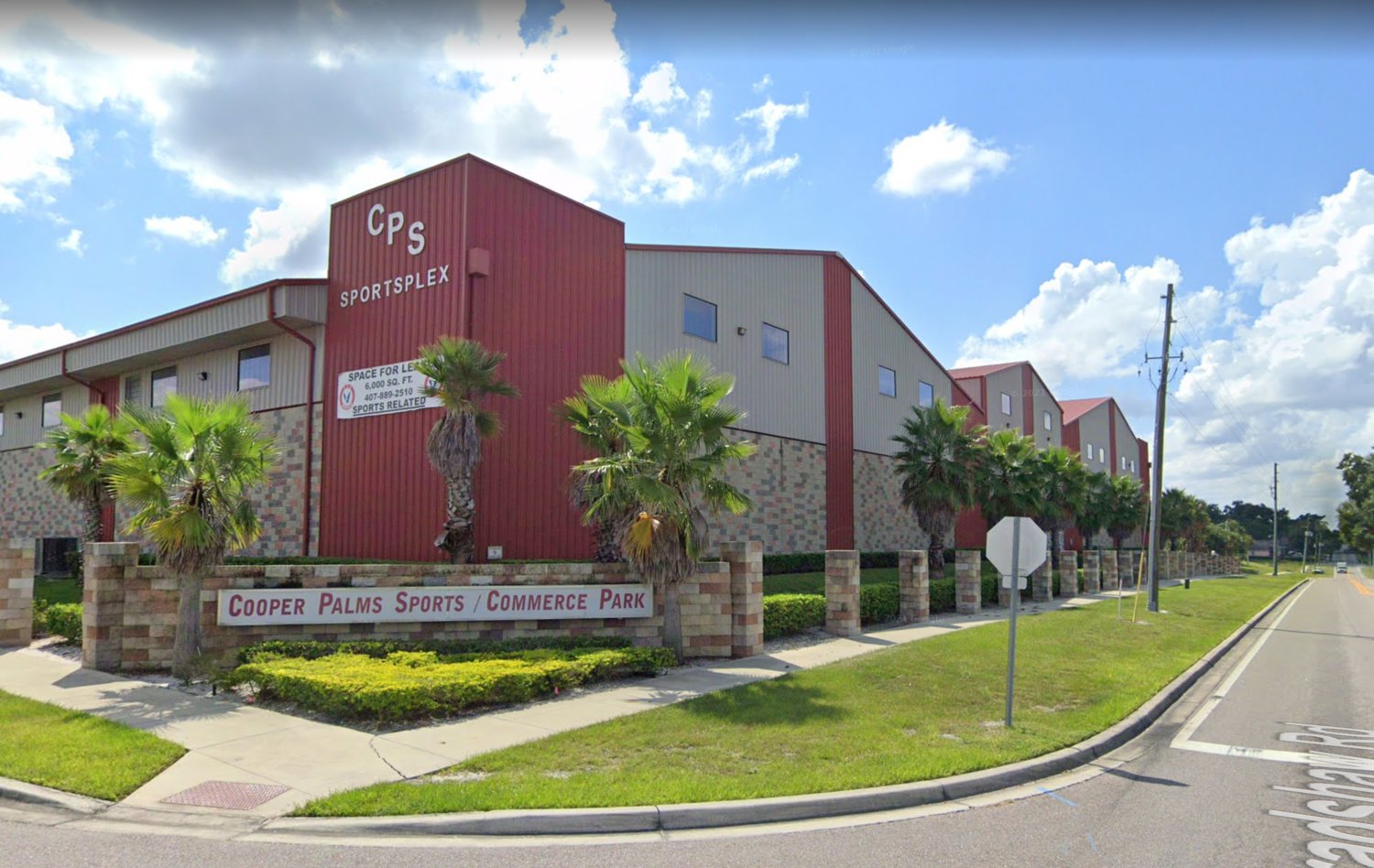 I begged you guys to put lights in and do something with Marshall Lake, but you haven't done anything. Why? Why don't we get anything for the money? We paid millions of dollars in impact fees, but we've got nothing for it.”
Apopka builder Michael Cooper
By Reggie Connell, Managing Editor

Michael Cooper is by all measures a prominent builder in Apopka. Those red and tan warehouse buildings all across Apopka and the Cooper Sportsplex are testaments to his achievements. According to Cooper, he's constructed over 50 buildings worth over $80 million - mostly in southern Apopka.

But Cooper is not happy with the condition of that area, and he let the Apopka City Council know all about it in a scathing rant at yesterday's meeting during the public comments section.

"I'm going to need more than four minutes," Cooper said, and then proved his prediction accurate. "Bradshaw Road right now is a plain downright disgrace," said Cooper. "There's trash on both sides of the road. And there's no excuse. It's ridiculous."

But Cooper's ire was not exclusively at the Council. He targeted the code enforcement department for criticism as well.

"The landscaping around the lift station should have been done years ago. It's a disgrace you can't even clean it up. Your code enforcement is probably the worst. I don't even know why you're paying them any money... they do nothing. I mean, it's absolutely sickening to go through the city."

Cooper also made the point that the city budget seems to be focused on more prominent areas of Apopka rather than the south side.

"I know you guys are spending all the money out in west Apopka because that's where the growth is. But what about [other parts of the] city? What about downtown? It's horrible everywhere you look. The landscaping along the parkways are horrible. Second Street is a disaster. Where's your code enforcement? This is downtown."

Cooper also had a suggestion for the Council - take a look at your city.

"When's the last time you guys all drove around Apopka to look at it?" He asked. "Look at downtown. All you do is fix the potholes. It needs to be reworked... totally repaved. Totally. I don't know who's handling your streets and services, but they don't do a very good job all the way down to Marshall Lake Road."

Cooper also had opinions on the last three mayors in Apopka.

"Mayor Land did his job," Cooper said. "He redid Bradshaw Road up to our park. He did that. I'll hand it to him. [Mayor] Kilsheimer... he was a disaster. And since you've [Nelson] been in here, we haven't had any good fortunes either."

Cooper described himself as a customer of Apopka - albeit an unhappy one.

"I begged you guys to put lights in and do something with Marshall Lake, but you haven't done anything. Why? Why don't we get anything for the money? We paid millions of dollars in impact fees, but we've got nothing for it. You're spending all the money out west. We get nothing. And that's a shame to have a customer like me... and I am a customer. I buy from you people. But you do nothing for us. Nothing."

Cooper is also concerned with the homeless situation in Apopka. Years ago, he said he was willing to contribute to a solution.

"I don't know why you don't do something about homeless people. Give them 30 days to get out of there. And then come in and clean it up, and get them out of there. Let them go someplace else outside the city. 10 years ago, I told the mayor [Land] at that time that I was willing to put up a house with 10 or 15 rooms where they can have a place to live. I was told 'don't do that Cooper'... because it's in the city. We don't want the homeless in the city. So I let it go by the wayside."

Well after the four-minute clock expired, Nelson responded to Cooper.

"All right. Thank you, Mr. Cooper. We'll address it. We'll get out with you. We'll get code enforcement..."

"You know, mayor," Cooper said before Nelson could finish. "I'm gonna tell you this. I've heard this time and time and time again. And it just doesn't do anything. You know, I wish you would get your code enforcement to do [the job]. You've got houses around here that got boarded-up windows. Why don't you get them out of here, clean the place up, spend some time in your town... every one of you up there, go around the town and look and see what you need to get cleaned up, take some of the money you got and spend it."

Before he completed his remarks, Cooper even weighed in on the upcoming mayoral election.

"Whoever gets elected up there as the next mayor ought to come through this city and clean house. If you're not doing your job, you're down the road. It starts with you, the bosses, whoever the bosses are, and it trickles down. If those people below you are not doing their job they need to go. I mean, sitting in a meeting doesn't do anything."

After he concluded, City Administrator Edward Bass pushed back on some of the issues Cooper railed about.

"I'd like to address a few of those things because I've worked with Mr. Cooper on many occasions and the staff as well and we have been looking at Marshall Lake for lights," Bass said. "I do want to say that we did change all the lights on Bradshaw to LED lights... so that's a lot nicer now because Bradshaw is lit up a lot better at night."

He also explained that some of the roads on Cooper's list were part of a two-year plan currently under review.

"Second street, if you recall, came up in our study," he said. "And I think it's in our second year. We've done a two-year review with our public works director, who is an expert in road improvement... so you know we have somebody on staff that's really good with that. And Second Street will be resurfaced. It's in the plan to be resurfaced next year. So it's on the list. Because we had an independent study for that, and we had some flooding issues in that area that we've had to address. So that project is a little more extensive, but we want to make sure we figure the flooding out before we just resurface it."

Bass also reminded the City Council about an addition to the code enforcement department.

Nelson also pushed back on Cooper, defending the work that code enforcement has done in the past year.

After the meeting, Nelson told The Apopka Voice that the city was addressing Cooper's concerns.

Commissioner Diane Velazquez was pleased that Cooper came to the City Council meeting after spending time with him at his office last year.

"Earlier this year, he invited me to his office and I spent a couple of hours with his assistant," Velazquez said after the meeting. "We drove around his properties to see the areas he had expressed serious concerns - poor lighting, trash, potholes, the poor condition of the Lift Station, and the homeless taking residence by the railroad tracks.

Whenever I am contacted by our residents or business owners, I do my best to address their concerns. Commissioners do not direct the city staff to correct the situation, but we do forward the complaints and/or concerns to the city administrator. I do follow up afterward. I was concerned to hear he feels the council has not done enough to correct the issues, which continue to negatively impact the area around his buildings. I was encouraged to see Mr. Cooper take time out of his busy schedule to attend the public meeting. It makes each of us take notice and work toward addressing the problems.

It has been my policy to encourage residents and business owners to visit the council meetings and participate by voicing their opinions/concerns and/or provide suggestions to help us to improve the quality of life in Apopka."

Commissioner Kyle Becker also released a statement after the meeting and referenced his concerns similar to Cooper's that he presented during the Apopka City Budget hearings back in September.

"I have a tremendous amount of respect for Mr. Cooper voicing his concerns about current conditions within our city. As he stated, he has invested a material amount of capital to grow the commercial and industrial footprint within Apopka and he deserves to have that investment protected, as do all businesses and residents who call Apopka home. The day-to-day operations of our city staff and how that day-to-day work is prioritized falls squarely with the Mayor per our city charter, and clearly, there are significant gaps in meeting even the most basic of expectations. I made these same observations and presented findings of these deficiencies during our budget workshops earlier in the year, yet this administration wanted to reduce our resources further that could directly address concerns such as Mr. Cooper raised. It's time to stop politicizing tax rates and deliver the outcomes our residents and business owners expect of our city."

Commissioner Doug Bankson contacted Cooper after the meeting and addressed several of his concerns.

"I was personally surprised [by Cooper's remarks] as I had not been contacted regarding any of these issues, but was able to speak with Mr. Cooper after the meeting by phone to more directly address his concerns. The good news is that many of these issues have already or are in the process of being addressed, but it is always good to know when issues exist. As I told one of our staff when I met him on-site, I always like to ask, “Would Disney accept this?” They have a standard of excellence that is a good measure to go by, and it is excellence that will help us go to the next level. Do we have work to do? Yes, but I believe we are moving forward toward these goals.

The lift station has already had a $150,000 upgrade but the charcoal filter was indeed in need of service as Mr. Cooper expressed, and that should be done within the next two weeks. Lighting has been upgraded already along Bradshaw, though we need to continue adding to the side streets for safety and security. There were some code enforcement concerns but our code enforcement has been working double-time to stay on top of things and we had already funded an additional employee to the department and they should shortly fill that position. Second Street was definitely in the most need of repair and that is already in the next batch of streets slated for upgrade.

There are standards that must be followed for fiscal integrity, so unfortunately it does slow the process over what private industry can accomplish, but that should never be an excuse and it is always good to examine and evaluate our performance. I do believe we have a hard-working staff, and we can always endeavor to make the best better.

I appreciate all Mr. Cooper has brought to the city in development, and I would hope we can work together with his generous offer to help relieve the homeless situation in a more suitable location. This will benefit all and continue to elevate Apopka to become the destination its potential promises."

Editor's Note: Commissioner Alexander Smith was also contacted for his response, but did not respond by the time the article was published.