Affordable Housing, Homelessness, and South Apopka all stand in the way of success for Apopka 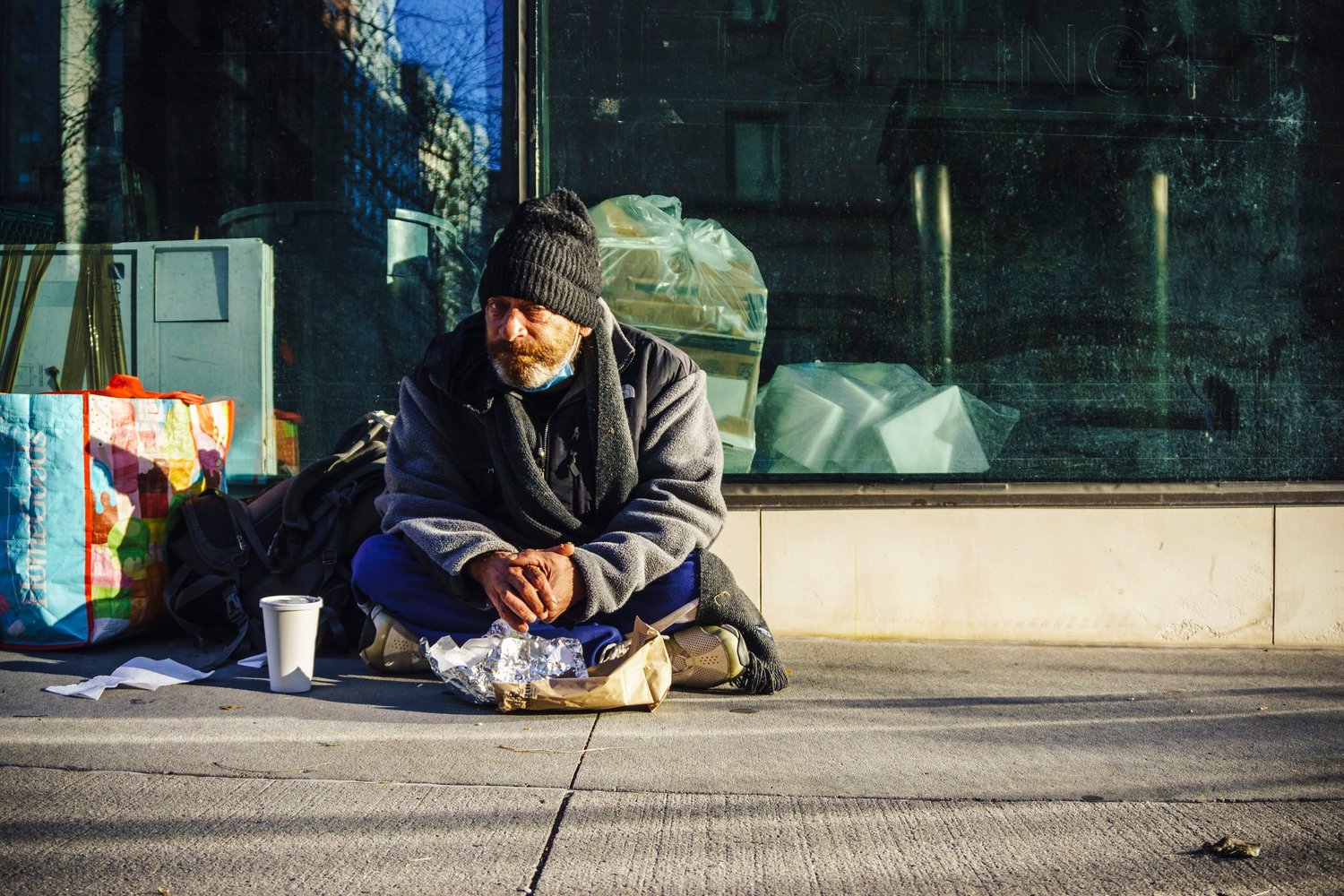 Apopka is a growing community with a skyrocketing population and housing developments emerging as far as the eye can see. It is a city that wants to move forward, but there are reasons to look in its rearview mirror. Call it growing pains, or a need to manage its growth, but there are issues that could thwart its success if not dealt with soon.

Back in April, Apopka Mayor Bryan Nelson projected a May/June date for workshops on a potential annexation of South Apopka.

"If we're gonna do it, we'll probably have to do it before we get heavy into budgets," Nelson said. "So it will probably be May or June. Probably either the second meeting in May or June."

At the May 4th City Council meeting, Commissioner Alexander H. Smith called for an affordable housing state of emergency, a committee to study annexing South Apopka, and a Diversity, Inclusion, and Equity Commission.

"Annexation is a topic that is not going anywhere and needs to be addressed," Smith said. "My recommendation is for the city to appoint a committee to begin serious negotiations with the County and the residents in the unincorporated areas of Apopka. It's time for Apopka to become united rather than divided down the middle of a road. A price tag should not be put on the quality of life or be the determining factor whether to annex or not. Do the human thing, which is the right thing, by annexing and investing in all of Apopka. A true "One Apopka" should be our goal!"

At the May 18th, and June 15th City Council meetings, Commissioner Nick Nesta asked follow-up questions about Smith's requests, but despite the projections, requests, and talk, to date, there has been no announcements or action on any of these vital issues.

Now just a month away from the FY22-23 budget workshops, it seems unlikely that any action will be taken on affordable housing, South Apopka, or diversity/inclusion/equity. There may be an opportunity after the workshops to make headway on these concerns, but the problem with procrastination is that all too often, more issues seem to stack up behind them.

And that's exactly what happened at the June 15th City Council meeting.

During the meeting, a large group of volunteers from local churches and staff from a nonprofit stood in support of the homeless in Apopka. Representatives from two of those churches/nonprofits spoke to the Council about homelessness.

According to its website, Patmos Chapel in Apopka strives to be a church that is known more for being loving than being right, for what it does more than what it believes. Patmos is best known in the community for its food programs. Second Harvest Food Bank has designated it as one of its largest distribution points in Orange County. In 2021, they served more than 20,000 persons, and are on track to serve more than 30,000 persons this year.

But during public comments, Carlos Medley, the community service liaison for Patmos Chapel Seventh Day Adventist Church in Apopka, wasn't there to talk about food.

"Tonight, Patmos joins with several ministries, such as Matthew's Hope, Apopka First Baptist Church and First United Methodist Church of Apopka to voice our concerns about the city's homeless problem," Medley said. "Currently, you find the homeless sleeping in city parks, in the woods, in trenches, and on church lawns. They're constantly exposed to the elements. As they sleep, many are vulnerable to thunderstorms, insects, snakes in the summer, and frigid temperatures in the winter. They're an open target to anyone that wants to do them harm.

Medley called for a homeless shelter in Apopka, or even something more permanent.

"The bottom line is this; the homeless need a designated space," he said. "Many homeless individuals have regular jobs... full-time jobs, but still, they can't afford the cost of the high rents in this market. Wouldn't it be wonderful if they could sleep in a bed after taking a shower at night to safely lock up their belongings to wake up to adequate restroom facilities and a space to change clothes? Wouldn't it be wonderful to lodge in a place supervised by people who genuinely care about them? A place where somebody knows them by name. These are the needed elements that will help the homeless restore their dignity."

A commission to study homelessness in Apopka

And similar to Smith's call for a commission to study annexation in South Apopka, Medley asked for a study on homelessness in Apopka.

"So my plea tonight is very simple. The first is to commission a study or survey to determine the size and scope of the issue. And then, after gathering those facts, explore and develop housing solutions, be that transitional, short-term, or long-term housing. I know this will take some time. But that's why we should start the process now."

According to its website, Matthew's Hope is a Winter Garden-based non-profit organization that fosters the physical, emotional, and spiritual well-being of the homeless men, women, and children of our community by meeting basic needs, developing skills, and restoring dignity and independence. They are often in Apopka as Scott Billue, the Founder, Pastor, President, and CEO of Matthew’s Hope Ministries points out in his public comments to the Apopka City Council.

"I have been here way too many times," Billue said. "We started Matthew's Hope 12 years ago. I first talked to some of you here 12 years ago. Not only have things not changed, but they continue to get worse."

Billue believes that homelessness is only part of the problem.

"Why do we spend so much time shoving this away? Billue asks. "We need to get focused. You have a homeless crisis. You have a housing crisis. You have a mental health care crisis. You have a problem with seniors and those with disabilities who, because of their low incomes, can no longer keep a roof over their heads. And all we hear about is the drug issue. Here's a little fact you might want to consider. Drug addicts don't become homeless. Homeless people become drug addicts. That's a fact. Do your research."

According to the staff of Matthew's Hope that work in Apopka, there are considerably more homeless than before.

"My mobile teams come out here twice a week. We have added 450 homeless people from Apopka to our roles, offering mental health care, and providing medications with my psychiatric nurse practitioner. We transport them to appointments for medical care. We are helping people get their IDs, their birth certificate, social security card, Social Security benefits, VA benefits, food stamps, phones... providing everything they possibly need to leave, to be able to survive."

And according to Bellue, both the homeless and his staff have been criticized by the community for their efforts.

"We have seen harassment of the homeless," he said. "We witnessed it. Nobody can tell me it doesn't happen. I've witnessed this with my own eyes. But what sickens me, even more, is that I've had board members that have gone out... people that were vice president at Darden, that was looked at and said, 'You're lying'. There's no reason for it. This will never change until we come together as public and private organizations."

Before Bellue spoke, Medley had asked everyone concerned with homelessness to stand... and most of the room stood. Bellue illustrated that action in his call for change.

"Several people in this room that stood up that are trying to do something. You've got an organization that doesn't take a cent of government money that comes over here, provides transportation for your homeless people, provides all these services, and we have to chase them down day-to-day because they are being moved from place to place. Changing homelessness is not arresting your way out. It won't happen. At some point, it's got to change. We can't keep doing it the way we do and expect something different. That's the definition of insanity. And if you don't see what's going on in the growth of your community, you have no idea how bad it's getting and what will happen in time."

Leave no one behind...

Apopka is certainly not the only city with growing pains, or chronic homelessness issues, or an affordable housing crisis, or annexation challenges. Many communities are experiencing the same problems, or have faced these issues successfully. But first steps need to be taken. Workshops, committees, and commissions need to be formed.

To move Apopka forward successfully, it's important to look back and make sure everyone is part of the solution.

Medley's second plea to the City Council said it all.

Go Over These 8 Things Before You Shop Online