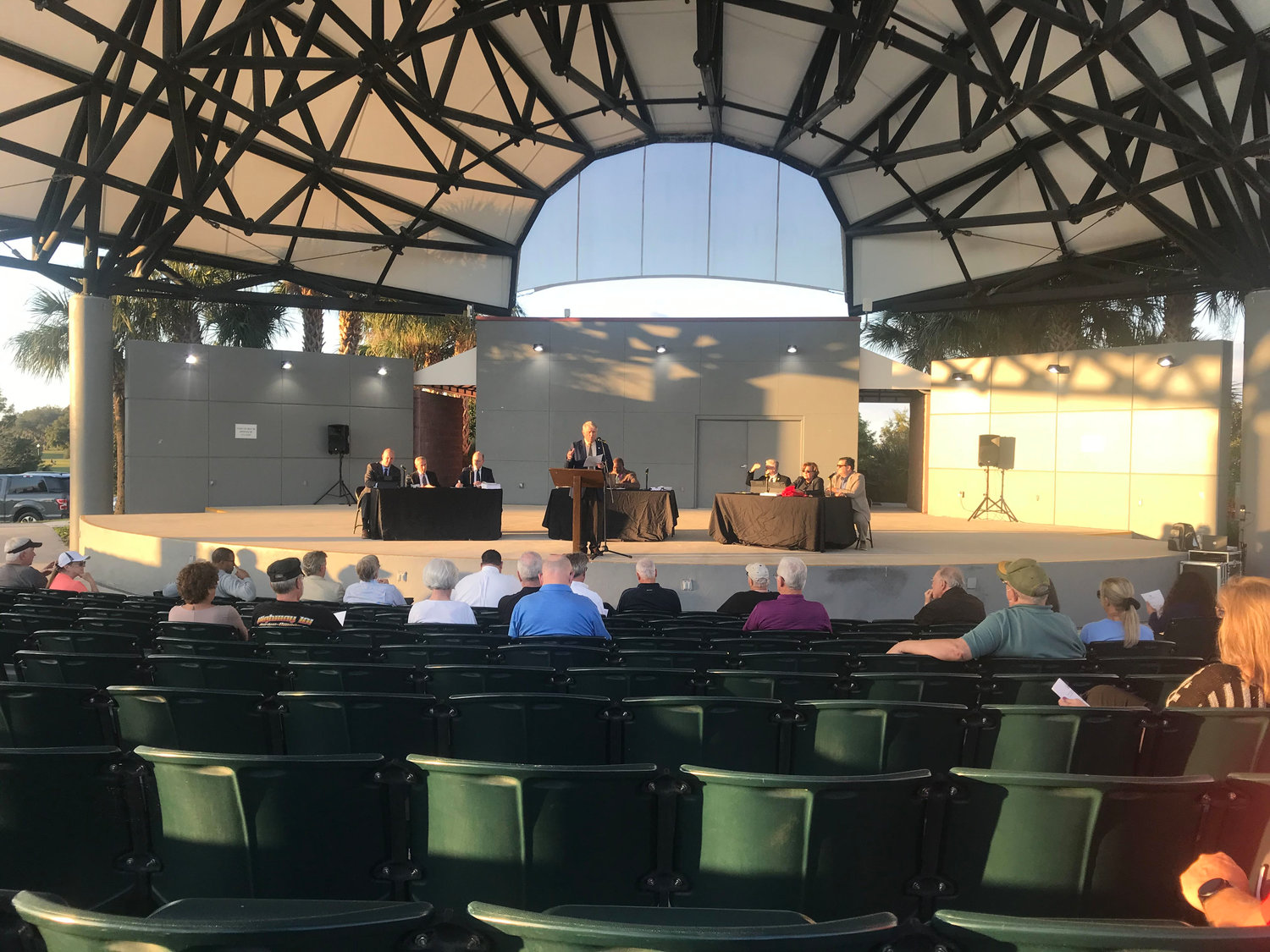 It began on a sunny day in April at the Apopka Amphitheater, and ended at the same venue on a November evening plagued by mosquitoes. The whirlwind romance between the City of Apopka, Rock Springs Ridge Homeowners Association and the Golf Group ended with a counter offer from the RSR HOA attorney Kurt Ardaman and a response from Apopka City Attorney Michael Rodriguez.

"We are here to try to achieve the objective of the [RSR] HOA to acquire the 319 acres [of golf course lands] that is now owned by the Golf Group," Ardaman said. "We are aware of LOI's (letters of intent) received by the City of $4.5-$6.5 million. The bottom line is we did not specify an amount [on their letter of intent]. We said fair consideration. We are willing to pay well over the appraised value of $2.5 million."

Despite the HOA and Golf Group's preference to continue the three-way deal, Ardaman did propose a second option.

"As a backup, the HOA and Golf Group are prepared to make a direct swap of the Kelly Park Road property [also known as the 51-acre gopher tortoise conservation area] for the 319-acre golf course," he said. "That is a possibility, however, we believe the three-way-swap is a more effective way for the HOA and Golf Group to make this happen."

Speaking on behalf of the City, Rodriguez effectively shot the preferred proposal of the HOA/Golf Group down.

"The council for the HOA and Golf Group has given us two options, and the City's position is that it's going to be option two," Rodriguez said. "The Harmon Road property is not openly on the market, and any swap or purchase of the property would require a City Council vote. The City would not be involved in that swap [between the HOA and the Golf Group]. That is a private real estate transaction, and the City would have no say."

The 90-minute workshop was attended by about 100 people, mostly residents of Rock Springs Ridge.

This is a breaking news story, and a more detailed account will be published by The Apopka Voice in a later edition.