Video, flyers, sponsored article announced as deliverables in partnership with the City 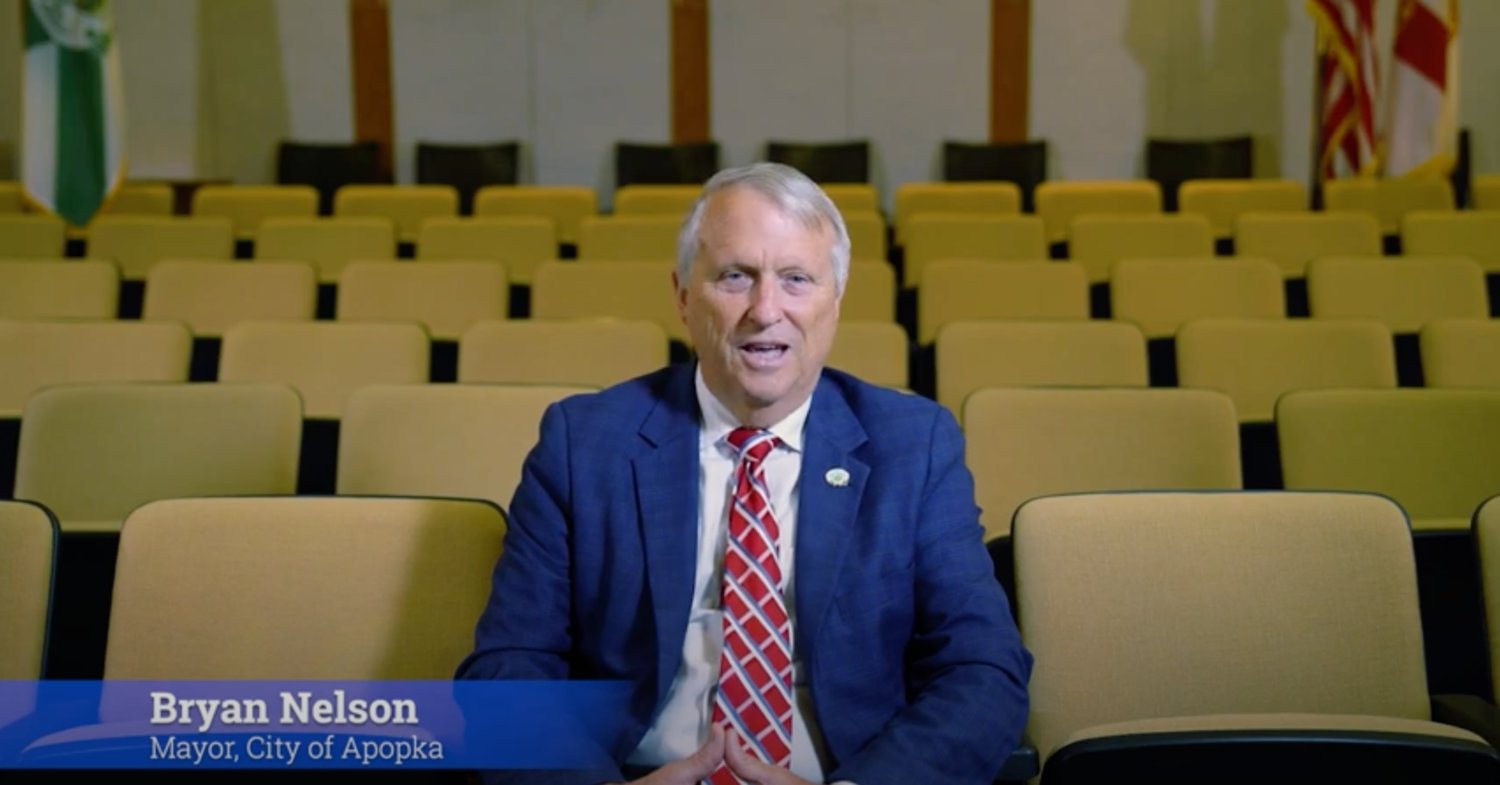 In December of 2019, the Apopka Area Chamber of Commerce President Robert Agrusa and Mayor Bryan Nelson announced a partnership between the City and Chamber to attract more economic development to Apopka.

A lot has happened in those 13 months since the announcement.

Agrusa left the Chamber to become the President and CEO of the Central Florida Hotel and Lodging Association, Cate Manley took over as Chamber CEO/President, and... well, there was this pandemic thing for a couple of years? 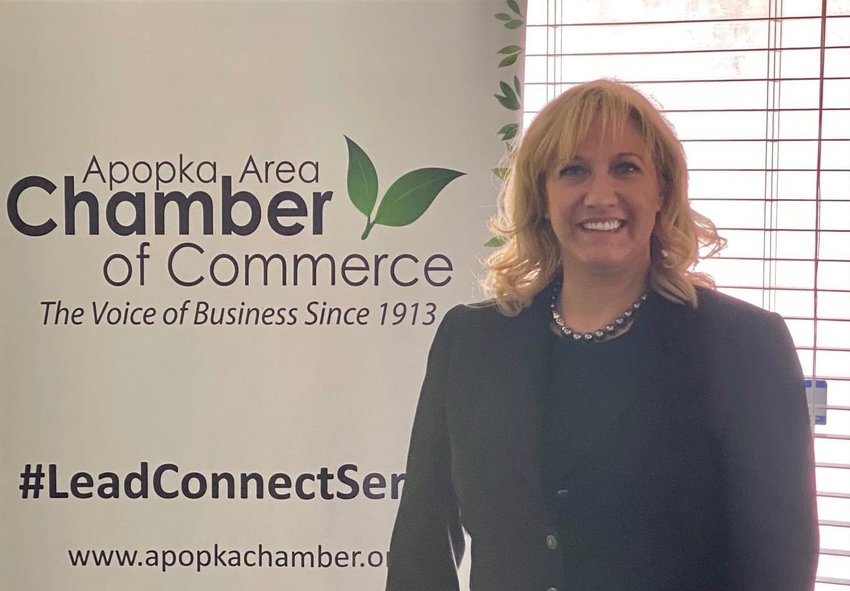 And at the January 19th City Council meeting, Manley presented the most recent deliverables to move that partnership forward.

"As you guys may or may not remember, April 21st, my second day on the job here in the community, I was able to come in and present the first deliverable that was the growapopka.com website," Manley said. is a collaborative website between the chamber and multiple investors that are part of the chamber that are leaders in industry in Apopka who invested also in the partnership with the city to be able to create that website."

Manley also distributed 500 Invest in Apopka flyers/circulars, and a sponsored article about Apopka in the Florida Trend magazine, which, according to its media kit, has a print readership rate of 270,000 per issue, and 135,000 unique visits to its online magazine per month.

Manley would also like to see an app for Apopka in the near future.

"I'd love to talk to you about in the future is offering and collecting and using a community-wide app," she said. "Talking about partnerships where we could maybe do some kind of virtual tour, based on the app when people do the wildlife tour, and make sure that we connect our community that is existing right now... our businesses are far apart in a lot of places. And if a community-wide app and people go out to the northwest complex, is able to feed information and let people know that they can come into town and have a sandwich or a beer or coffee, that's something that I've laid the groundwork for. And those emails are being collected by the organization that would be able to help us to launch that community app."

Commissioner Doug Bankson was impressed with the new deliverables.

"I'm so excited, this is such an important tool," he said. "And before you can market something, you have to have the thing to market. I was on the committee back when we started this and the point was soup to nuts, how does a business come in and end up coming here? What brings them here, and this has everything from the attraction to the How to if you haven't seen the website, you know, please go on there. And that really speaks to the point now we need to market it because we have the tool. And you know, this is definitely a red carpet in it's very well done, very well laid out such as you know who we are. Relocate your business site selection, target industries, incentive special zones, right on down the list. And so it's a great, great tool we need to utilize."

Commissioner Diane Velazquez looked beyond commercial development to building a labor force that lives in Apopka, and to draw more restaurants to the area.

"I know we're building all these warehouses, and we're bringing a lot of business in, but are the companies bringing their own employees? Velazquez asked. "Where are they getting their employees from? Do we have the labor force here in Apopka? Because the purpose that we're trying to bring these businesses is to try and keep more residents in Apopka so that certain businesses will consider moving into Apopka, especially restaurants. That's the one thing that our residents are always asking for. Bring us more restaurants. But I understand that the reason why some of the restaurants don't come is that we are still leaving Apopka to go to work. But are those employees our residents or are these employees from outside of Apopka just coming into work, and then leaving again? So how are we trying to change that flow of residents in our city?"

But Manley said that investors and businesses that are considering a move to Apopka are asking different questions.

"I'll tell you the first thing people say to me when they call in or when we send out information and get a response is if it's an organization or large company or investors looking to come and build in Central Florida. Why would they come to Apopka? What is their interest? The first thing they asked me about is our schools, and they ask about the quality of our schools, the elementary, the K through 12. And then of course they ask about our higher education and our workforce training."

"The chamber has partnered with another nonprofit organization and applied for a couple of different grants for workforce training," she said. "We also went to the county to talk to them about being able to bring some workforce training dollars in so that we can marry those up, we're looking at virtual programs that can be run in basically 2,000 square feet. So when you have a manufacturing or SpaceX-type companies who want to build and also be here, how can we train our workforce and our population, our communities that are here right now, what would be logical as far as getting them trained up to have some of those jobs. And the answer to that is training and accessibility to training. And so luckily, there are a whole bunch of new technologies. And there are training systems that are out there and already out there on the market right now, here in Central Florida. Because, when I'm trying to attract business here I have to know where they're going to get their workforce, and I have to know where their family is going to live, and what kind of quality of life they're going to have, and how much they're going to pay for their water and their sewer. That's all gonna play into that. That's all questions that they asked me about."

Manley also thinks that the business environment in other states may be playing a role in Central Florida's growth, but does not believe that a lack of restaurants is slowing Apopka's growth.

"A lot of the time it's because of whatever state they're coming from is not as easy to work in right now, Manley said. "Especially after all the constraints that came down in 2020. So that's a lot of the reason that people are even looking to Central Florida and then naturally kind of evolved to here plus, we have been getting a lot more attention lately, just because of the push out of the growth and because of our interconnectivity. So that has been happening as well. But the first thing again, the first two things that they're asking me for, is really the workforce and the schools, and probably the third is our greenspace. In all honesty, they really want to know that they can relax somewhere. That's what they're saying to me, they don't mention restaurants as often. I think that a lot of other communities across the country don't have pods of restaurants in a row, like some of our areas here in Central Florida. So people from outside of here don't necessarily know that something that this community is panging for so desperately because we know a convenience that we can drive over the hill for."