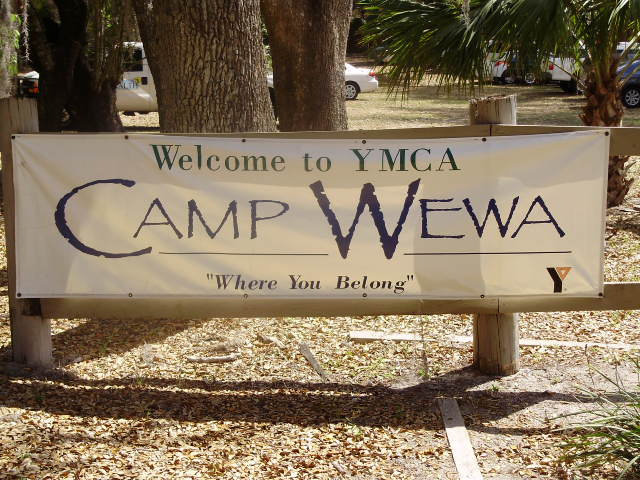 The two biggest topics this spring in Apopka have been the potential purchases of Camp Wewa, and the Rock Springs Ridge Golf Course. Both stories caught the imagination and vision of the community, and seemed to be moving at the speed of light.

But as the weeks pass, both deals are seemingly tapping the brakes a bit.

During the May 19th City Council meeting, Apopka Mayor Bryan Nelson gave updates on Camp Wewa, and the Rock Springs Ridge Golf Course. Unfortunately, there wasn't a lot of news to deliver.

"We're still waiting... we should have a determination at the end of the week as to how many acres of land they actually have that's developable," Nelson said. "At that point, we can make a decision on how to move forward, as well as the YMCA. I look forward to seeing how much land is above the 100-year floodplain."

The Apopka City Council voted 5-0 back in March to pursue the purchase of Camp Wewa from the YMCA, which has owned the property since 1947. The property became available in January after the YMCA listed it for sale due to financial losses during the COVID-19 pandemic.

Nelson told the Council that he reached out to board members of the Manatee County Recreational District, who have a similar scenario to the potential district in RSR.

"They paid $16-million for their property, and borrowed $24-million for improvements," said Nelson "They have 1,100 homes, while RSR has 1,320. They have a Homeowners Association, a Recreational District, and a management company."

Nelson, along with City Attorney Michael Rodriguez, are using the Manatee County ordinance that created its district to write similar language for RSR to create its recreational district.

"We'll have something for you in two weeks," Nelson said. "We hope to have language here before the next meeting."

Nelson also told the Council that he contacted Bill Cowles, the Orange County Supervisor of Elections, to set up a vote among RSR residents to establish consensus for a recreation district that would ultimately purchase the golf course from the City.

"We're trying to move as fast as we can," said Nelson. "People need to have time to digest it before they vote on it."

Nelson said that the election would cost approximately $5,000, would be conducted through mail-in ballots, and be completely run by the Supervisor of Elections Office.

"I’d rather his office do that so there’s no question as to the integrity of the election,” he said.

Nelson announced to the Council at the April 21st meeting that RSR Golf Course owner Robert Dello Russo wants to trade the golf course to the City in exchange for two city-owned parcels appraised at $2.485 million.