Beyond Meat vs. Impossible Foods, explained 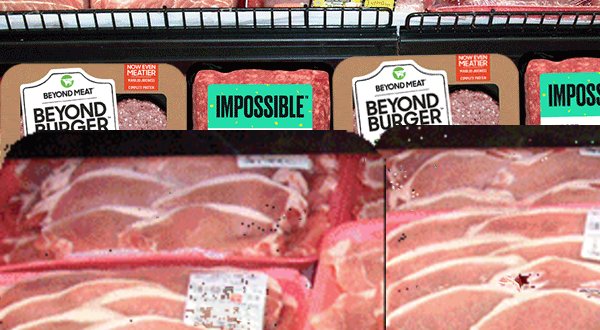 Don’t let the adjective in “fake meat” fool you -- the money involved is very, very real.

The global market for plant-based meat alternatives is projected to reach $450B by 2040, as reported by Bloomberg.

Today, the leader in the market is Beyond Meat…

… which can be found in more places than its leading competitor, Impossible Foods:

Meanwhile, Beyond Meat is publicly traded with a market cap of ~$9B while Impossible Foods notched a valuation of $4B in its latest fundraising round (though that number could skyrocket on a prospective IPO).

The pandemic has improved Impossible’s position

While Beyond has high-profile partnerships (e.g., McDonald’s), it relies heavily on the small restaurant chains and independent businesses that make up a majority of its customers, who were hit hard by the pandemic.

Conversely, Impossible relies on major chains like Starbucks and Burger King that have been somewhat “pandemic-resilient.”

Impossible has also made significant headway in supermarkets, growing its presence from 150 to 20k+ locations in the past year.

Impossible is wooing grocers and restaurants by cutting the price of its patties and other substitutes. In fact, the prices are near cost competitive to real beef itself, and Beyond has responded with its own promotions.

The fake meat awareness raised by Beyond and Impossible is bringing serious competition:

As it stands, fake meat only makes up 2.7% of total packaged meat sales. For Beyond Meat, the competition for fake meat will only get more real.