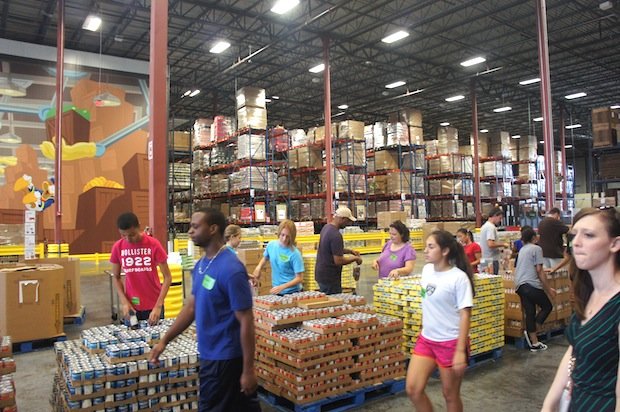 Before we get to the Apopka resident-hero part, meet Alaina and Nola.

These two precious girls are best friends. And like best friends, they have many things in common, like sharing a love of unicorns and silly songs. Every day after school they play games, do homework and have a warm meal at a Second Harvest Food Bank Kids Café. 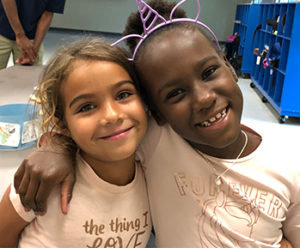 On a recent afternoon they enjoyed chicken tenders, tator tots, oranges and milk.

“My favorite is the oranges,” said Alaina.

Nola had her own favorite, and shared with a sweet smile, “I like the chicken fingers!"

“I want to take the seeds home,” explained Alaina. “I’ll plant an orange tree...and then... I’ll grow my own oranges for orange juice!”

And then they both broke out giggling.

Moments like these are important, but this one almost didn’t happen. Over the summer, Alaina’s family moved to a new apartment, which meant she is attending a new school this year, without Nola. However, the good news is that Alaina still gets to spend afternoons with her best friend in a safe and familiar place, thanks to Second Harvest's Kids Café.

So here's where the Apopka resident... hero... comes in - Nancy Brumbaugh.

Brumbaugh has served at Second Harvest Food Bank since 2014, working first as the Food Service Director when she was hired, and now, congratulations are due as she was recently promoted to Vice President of Food Services! 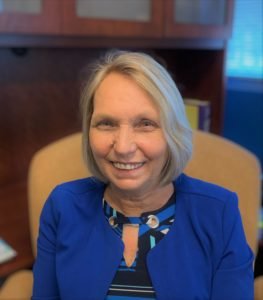 One of the special departments Brumbaugh gets to manage as the new VP is the innovative initiatives department. Here initiatives are created and implemented to reach populations that are most vulnerable of going hungry, such as children and seniors.

Brumbaugh makes the magic happen for kids all over Central Florida, through initiatives like Kids Cafes, which keeps the smiles coming for giggling best friends.

Brumbaugh will also oversee the production kitchen, including menu development, for the summer food service program as well as all the Kids Cafes, which provides meals to anyone 18 and under.

Besides being a hero to the young, Brumbaugh is quite creative in other realms as well, spearheading the launch of Second Harvest’s signature retail product line, A Spoon Full of Hope, and most recently, a limited-time craft beer with Hourglass Brewing. Proceeds from these products are put right back into the mission of feeding hope while fighting hunger.

Brumbaugh is definitely a hero-resident of Apopka you'd want to hang around! She has her hands and heart pretty full though, as besides all that, she's married with four children, seven grandchildren and two grand-dogs.

Thank you Nancy for all you do!

Kids Café provides nutritionally balanced meals on week days to after school programs during the school year. Site partners such as community centers, churches and parks and recreation centers serve as a host to the program and provide a variety of activities that are enriching, entertaining and designed for the best of friends.