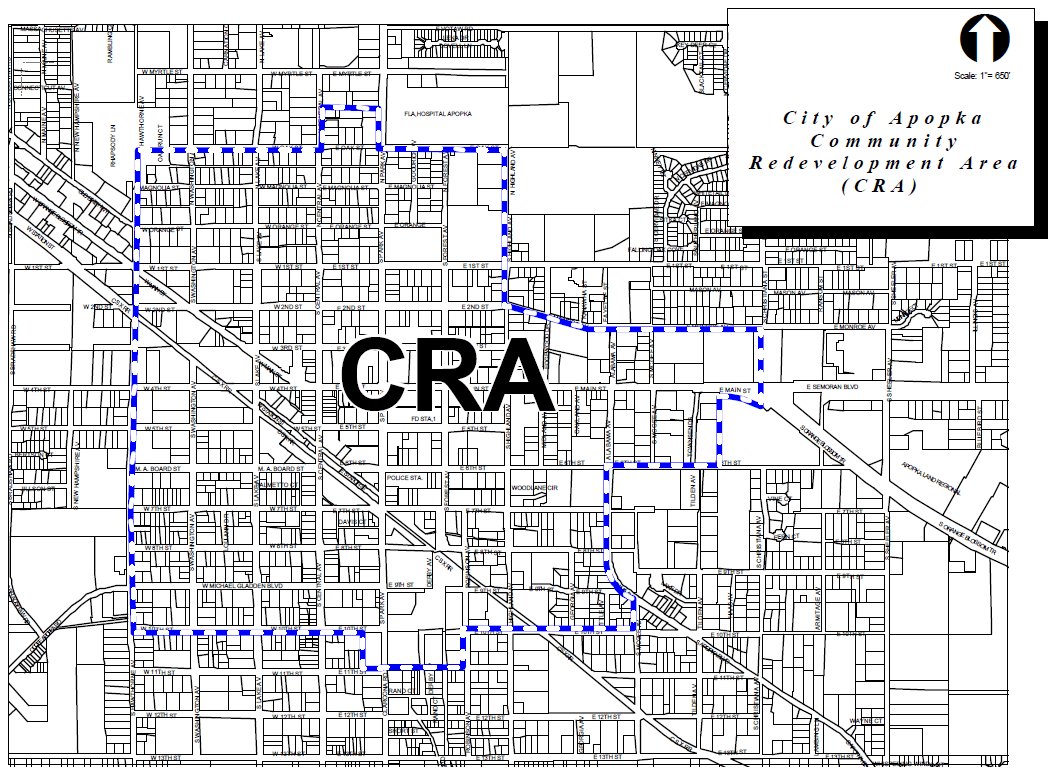 It is my sincere belief that based on the heartless decisions of Apopka’s Community Redevelopment Agency (“CRA”) to pay $1-million for a parking lot and nearly $200,000 to the Apopka Police Department while continuously refusing to acknowledge the poor living conditions of many residents in “South Apopka”, that the majority of Florida CRA’s is irretrievably broken. If legislators take a close look at CRA’s in the State of Florida, they will find that the CRA Plans are drafted by businesses and/or individuals who do not have a clear understanding of the needs of people living within underserved communities where most CRA’s are established. Additionally, there is a continual push by CRA staff, and in some instances, key members of the Florida Redevelopment Association (“FRA”), to put business development projects over the needs of the people who reside within a CRA district. Instead of finding reasons to address “slum” conditions that many residents living in a CRA District find themselves in, CRA staff more times than not, sweep the issues of crime, disease, unsanitary living conditions, poverty and lack of affordable housing under the proverbial rug to instead focus on streetscape, building façade grants, parking lot, etc., which do not address the poor living conditions of residents.

Parking lots, building facades, police presence, etc., do not in any way address the true cause of crime — poverty and lack of economic opportunity — within underserved communities, nor do any of those things address the affordable housing crisis across this state. Additionally, the practice of CRA’s to promote house painting programs, policing programs, parking lots, and streetscape over projects that will truly improve the lives of persons living within underserved communities continues to put an unnecessary burden on the State to provide certain funding for projects (i.e., affordable housing) when CRA’s could easily provide substantial funding if they had a clear understanding of the communities’ needs, which in most cases is not “main street” development.

After working diligently to develop programs for CRA’s to address the key issues of residents within CRA’s (affordable housing, small business training, and development, etc.) I have found that CRA’s are reluctant to set aside the antiquated thought-process of business above all else. As such, I am now compelled to shift my focus from assisting CRA’s to understand alternatives to serve both business and residents alike, to one where I agree with many legislators, watchdog groups, elected officials, and forgotten residents that CRA’s have run their course. My mission will be to contact legislators to express this sentiment and concern: Since CRA’s won’t change, CRA’s must go. The people who would benefit the most from living within a CRA are not benefiting and deserve more consideration; or at least the same consideration given to some former parking lot owners and an APD Officer who will get a hefty salary and benefits exceeding $110,000 per year and a new Ford F-150 - in my humble opinion.

Greg Jackson is a former Assistant Attorney General for the State of Florida, a military veteran, current Orange County District 2 Representative on the Board of Zoning Adjustments, and General Counsel for the Community Redevelopment Agency. He has been as an active member of the Central Florida community for nearly 20 years. He was most recently a candidate for the Florida House District 45 seat.