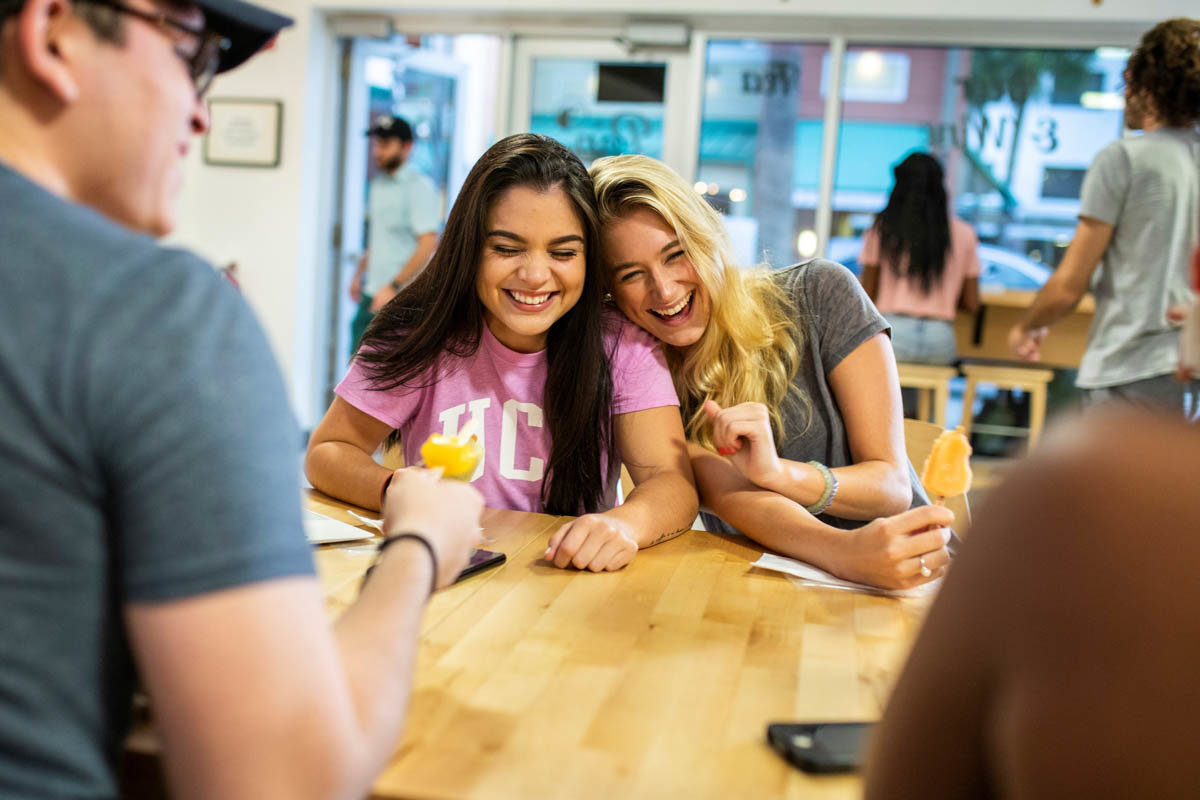 Welcome, Gen Z! Some of us have been eagerly anticipating this moment.

Generation Z refers to anyone born a little before and after 2000. They have used the internet, technology and social media since they were young and are just now coming of age. This means these young people are now affecting our workforce, altering the economy, influencing the arts, and voting in their first elections.

Naturally, there are mixed reactions to this all over social media and in conversations. Fear and resistance to change are nothing new. In fact, they’re expected – even understandable. After all, every new generation comes with its own new set of challenges.

As a millennial, however, I am very excited for the arrival of Gen Z. We millennials were the preceding generation, born roughly in the two decades before 2000.

In September, I had the honor of attending the 2019 BEA Radio Show in Dallas as a student scholar. It’s a radio and broadcast conference sponsored by the Broadcast Education Association at which we were treated to some wonderful guest panelists and events for three days. I was not only surprised but delighted to see an entire program dedicated to discussing Gen Z and its impact on media.

I soaked in a lot about Gen Z that day.

It is projected to be the last white-majority generation in the United States, and the first minority-majority generation. Making up about a quarter of the nation’s population, they are the largest current generation. It is a generation that does not think in silos. Cross-cultural or culture-fluid, Gen Z doesn’t care about race, gender or celebrity, they value influencing their world instead. They are people who want to have physical experiences again. A generation of young people who view themselves as creators and look for authenticity. A generation that calls out BS. They are aware and they are connected.

The Gen Z segment at the radio show featured a panel of distinguished Gen Z-ers who work in radio and media production. The time was spent going over specific statistics and understanding the coming trends and culture of Gen Z.

These young people were actually being acknowledged. They were being respected and admired. As one of the few millennials in that audience, I could not help but feel vicariously validated as I watched.

The forward-thinking innovators of the media industry know they must remain connected to objective realities in order to produce relevant content that sticks. They know they need to get an early start in recognizing the burgeoning strength of Gen Z if they want to thrive. They seem to be preparing to overcome the mistakes made by other industries in the past that failed to do this with the previous generation of millennials.

We’ve all read the headlines:

“Millennials are killing the housing industry.”

“Millennials are killing the motorcycle industry…” or the “beer industry.”

A couple of my favorites are, “Millennials are killing the doorbell industry” and “Big Raisin won’t let Millennials kill it off without a fight.” (Both real articles.)

But millennials didn’t kill anything. No one listened to the trends. Few marketed to us or cared that debts were rising while salaries were dropping. We were told to tough it out and fall in line. Our interests, our style, our trends were all dismissed, even ridiculed. It’s come to the point that the word “millennial” is often thrown out with disdain as if it were an insult, a jeer.

Well, I think millennials changed the rules. We decided to not let industry shape generations anymore. The unprecedented impact millennials have had in the world can no longer be ignored – or belittled. We made it clear that we could help shape industry, and in turn, help set a new standard for Gen Z.

BEA panelist Zach Sang, a multimedia personality, commented that it was thanks to millennials who laid the path for Gen Z, that the younger generation feels comfortable expressing themselves and becoming their own brands. As I listened to the panelists that day, I felt like the struggles of my generation were finally paying off.

As I said, I am very excited with the arrival of Gen Z. I’m feeling enthusiastic for growing numbers of like-minded people who understand their power and their role in the world and to one another.

It is my pleasure to formally welcome this new wave of adults joining our society.

Lillian M. Hernández Caraballo is a junior planning to graduate in 2021 with a Bachelor of Arts in journalism and minors in writing and rhetoric and Latin American studies. She can be reached at Lillian.Hernandez.C@knights.ucf.edu.

The UCF Forum is a weekly series of opinion columns presented by UCF Communications & Marketing. A new column is posted each Wednesday at http://today.ucf.edu, republished on The Apopka Voice, and then broadcast between 7:50 and 8 a.m. Sunday on WUCF-FM (89.9). The columns are the opinions of the writers, who serve on the UCF Forum panel of faculty members, staffers and students for a year.